All the 'New' iPhone 14 Features That Already Exist on Android Don't let Apple's marketing fool you into thinking it was first to market on everything. 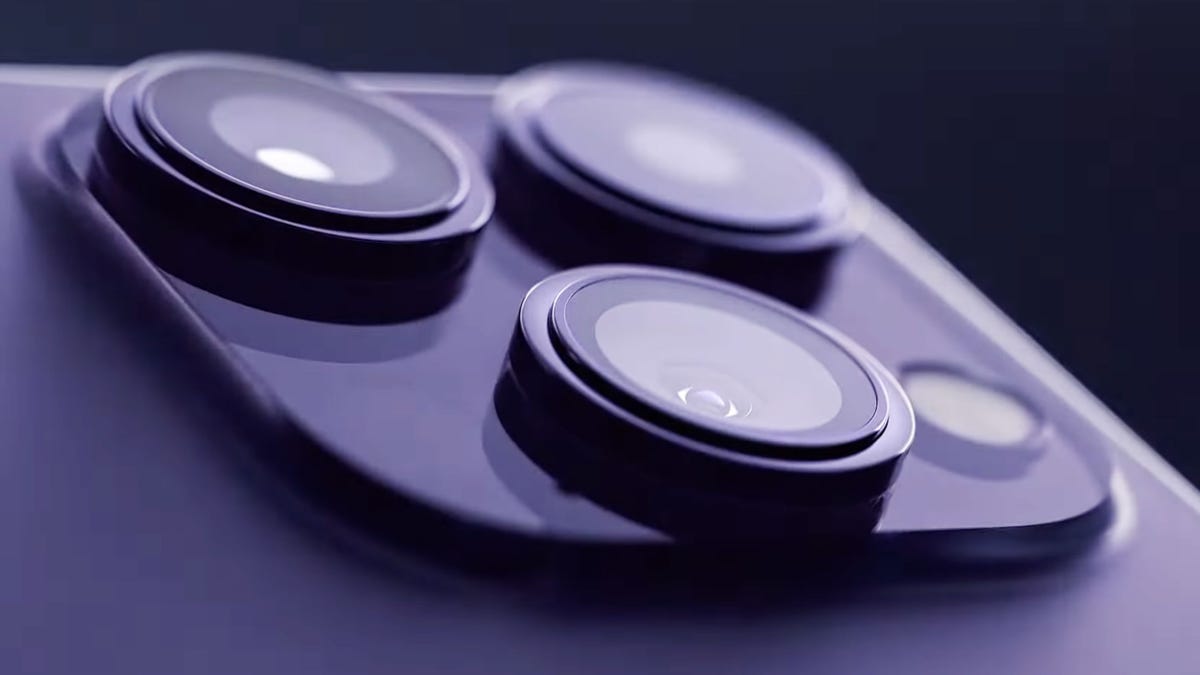 Apple touted a lot of firsts at its iPhone 14 event last week, but those “breakthroughs” come with a few key caveats.

The iPhone faithful who are fully invested in Apple’s ecosystem may be unaware that many of the features the company revealed with bated breath have existed on Android devices for years.

Chalk it up to Apple’s much-touted “reality-distortion field.” It’s also a reminder to not take every claim at face value. While hands-on interactions with the iPhone 14 and the iPhone 14 Pro do suggest that both will be solid devices, it’s best to look at any upcoming big purchase decision — the Pro starts at $999 — with proper context.

Here’s a breakdown of all the features coming to the iPhone 14 that were first on Android.

Android did it before iPhone 14: Pixel binning

The iPhone 14 Pro will be the first iPhone to get a 48-megapixel camera. The pixel count is four times greater than for the standard iPhone 14 and last year’s iPhone 13 Pro. But with more pixels packed on a small smartphone camera sensor, it’s difficult for each pixel to get enough light to produce a nice image.

To counteract this, phones such as the Samsung Galaxy S21, OnePlus 9 and Xiaomi Mi 11 Ultra, as well as budget Android phones, will group bunches of pixels together to make them act as one large pixel. This workaround, called pixel binning, allows for sensors to process incoming light while also maintaining a high resolution.

During Apple’s “Far Out” presentation, product manager Vitor Silva was careful to say that Apple is bringing a “brand new class of camera to iPhone” and not that the company was first to ever use this technique.

Android did it before iPhone 14: Video stabilization

Shaky video had long been a problem in smartphone videography. While phone makers have gotten better at reducing shaky video over the years, it hasn’t been at that GoPro-style action cam level. Thanks to advances in stabilization methods and post-processing, phones such as 2020’s Google Pixel 5 and Samsung Galaxy S20 have had Active Stability and Super Steady modes that helped people take smooth GoPro-like video while in motion.

All iPhone 14 models will get Apple’s new Action Mode, which should make for interesting shots when filming while running. It does look as if the mode will punch the image in for a tighter crop, as is common with other stabilization methods. Either way, Apple is late to the game on this.

Android did it before iPhone 14: Always-on display

Some version of always-on display tech has existed on Android for years. The feature was standard on the defunct line of Lumia Windows Phones when it was introduced in 2013. LG pioneered the feature in its smartwatches even before Samsung. Always-on allows for essential information, such as time or calendar events, to always be visible, without having to tap or touch the device.

Greg “Joz” Joswiak, Apple’s senior vice president of marketing, said the iPhone 14 Pro’s Super Retina XDR display’s LTPO technology allows the screen to run at a slower 1Hz refresh rate and take up less power, although it’s not the first to do so. That honor goes to the Samsung Galaxy S22 Ultra from earlier this year, which featured the same display tech.

Android did it before iPhone 14: Pill-shaped selfie camera cutout

A defining trait of the last few generations of iPhones has been the large notch that sits at the top of the display. With the iPhone 14 Pro, Apple is following Android in moving beyond the notch for a pill-shaped cutout instead.

When Apple introduced the notch with the iPhone X in 2017, Samsung was quick to make fun of the odd design decision. Quickly, Android makers were looking for ways to limit their own selfie-camera notches by making much smaller incisions into the display or opting for hole-punch cutouts instead. The OnePlus 7 Pro went so far as to add a mechanism that allowed the selfie camera to pop-out of the frame, letting the screen be entirely unobstructed. The Samsung Galaxy Z Fold 4 opts for an under-display selfie camera, making the inner display almost obstructionless.

Either way, Apple is years behind in moving away from the notch. The new pill-shaped cutout is also noticeably wide. At least, with the addition of the Dynamic Island, a software feature that better integrates the cutout into the phone’s UI with unique animations, it makes the black trough palatable.

Not everything Apple showed off with the iPhone 14 aped prior Android ideas. The A16 Bionic chip on the iPhone 14 Pro looks to be a beast of a mobile processor and will likely remain king in the smartphone world, unless Google upends it with the Pixel 7 later this year. The Super Retina XDR display offers a peak brightness of 2,000 nits, surpassing the Galaxy S22 Ultra at 1,750 nits. The Emergency SOS satellite service feature is something that’s reserved for chunky satellite phones, but gives iPhone 14 users a way to call for help if ever in a dangerous situation in remote US or Canada. And the TrueDepth front-facing camera will give selfies a more natural bokeh effect.

All that said, whenever a tech company flaunts its wares, it’s always good to have some degree of skepticism.