Apple iPhone 13 goes for pre-orders in India: Price, specs, offers and how to pre-order 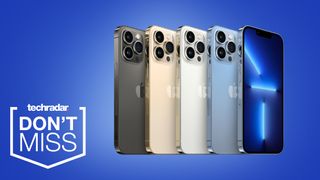 Apple announced the iPhone 13 series devices at an event earlier this week and now, the four smartphones are available for pre-orders in India. Following this one week of the pre-ordering period, the new smartphones from Apple will go for sale on September 24.

The iPhone 13 series consists of the new iPhone 13 Mini, iPhone 13, iPhone 13 Pro, and iPhone 13 Pro Max. These were launched alongside the Apple Watch Series 7 and new iPad and the iPad Mini earlier this week.

The pre-orders will being at 5:30pm today.

Check out the Apple iPhone 13 on Amazon | Flipkart

In terms if offers, you can get up to Rs 6,000 cash bank with HDFC bank card. Other offers includes exchange offers, trade-in program on Apple.com, and additional exchange offers.

There’s a 12MP wide camera, and a 12MP ultra-wide shooter (with a 120-degree field of view). Both feature new sensors, and Apple says they can take better photos than the cameras on the iPhone 12. The wide camera has an aperture of f/1.6, and the ultra-wide camera has an f/2.4 aperture. The phones also all include a 12MP f/2.2 selfie camera on the front.