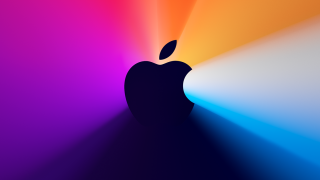 The Apple M1 chip was released back in late 2020, and has since gone on to feature in the new iMac, MacBook Air, 13-inch MacBook Pro, and the new Mac Mini. With the ARM-based SoC proving to be a great success for Apple, we’re expecting to hear about the next generation of silicon – the Apple M1X chip.

We’re currently estimating that at least a partial reveal or teaser could be revealed at WWDC 2021, with the beefier Apple silicon expected in two upcoming portables, with a 14-inch MacBook Pro and 16-inch MacBook Pro models anticipated.

There hasn’t been an official announcement from Apple about the next-generation silicon, so we’re just working on rumors and speculation for now, but it’s likely that we will see some kind of official confirmation of the latest generation of Apple Arm-based SoC (or system-on-a-chip) before the end of 2021.

Apple made some pretty bold claims about its M1 chip that might not have fully panned out in the end, but it is still an undeniably powerful processor that has a lot of improvements over the Intel chips that Apple had been using previously.

With the Apple M1X chip, we’re hoping to see more of the performance gains that the original Apple M1 chip promised. Like the M1, the M1X chip will feature the big.LITTLE design of ARM chip, with a mix of efficiency cores and performance cores to better manage CPU utilization.

While eight cores are standard for most flagship processors, the ARM architecture allows for some flexibility here, and the SoC design paradigm adds in a GPU as well. The new M1X chip will almost certainly include Thunderbolt support, just like its predecessor, and may even take advantage of DDR5 and PCIe 4.0, meaning faster memory and SSD access speeds over the M1.

The 16-inch MacBook Pro will likely need a more powerful CPU than the M1, so we expect to see the M1X chip introduced with the newest MacBook Pro model later this year, so we won’t have long to wait to learn more about this next-gen chip. There are also rumors of a 14-inch MacBook Pro that could be powered by an M1X chip as well.

The Apple M1X won’t be available on its own, so its availability is tied to the release dates of the MacBooks, Macs, and iPad Pro models that run on the new chip. We expect the first of these to be the new 16-inch MacBook Pro, which is due for a refresh later this year.

Again, the Apple M1X chip won’t be sold on its own, so its price ultimately depends on the price of the MacBook, Mac, or iPad model it is powering.

The M1 chip didn’t bring down the prices of the new iMac, 13-inch MacBook Pro, MacBook Air, or Mac Mini models, but it didn’t increase them either. The move to its own in-house silicon is saving Apple money on production costs, so it’s possible that with the Apple M1X, Apple could pass some of those savings on to the customers, but that’s pretty unlikely.

One other thing to consider is that with the Apple M1X, we might see different processor configurations at different price points the way Intel has Core i3, i5, i7, and i9 chips and AMD has its Ryzen 5, 7, and 9. If Apple does something similar, we would see different pricing for MacBooks and Macs depending on the level of M1X chip it has powering it.

Apple made bold claims about the performance of the M1 that were a bit of an overshoot of what we actually found, at least in terms of performance, but the M1 was still surprisingly powerful and its battery life lived up to its billing, thanks to the improved efficiency provided by the ARM design.

With the M1X chip (or chips), we’re expecting a higher level of performance but it’s hard to predict what kind of boost we’re actually going to see. The M1 chip was already built using a 5nm process, and though TSMC is said to be entering into risk production of its 4nm process later this year, with full production beginning sometime next year, whether Apple can do a 4nm process for the M1X chip is an open question and, in all honesty, it probably can’t. At least not with this chip.

Still, Apple has been known to surprise us, so it’s not out of the question to see a 4nm M1X chip later this year or early next.

Apple M1X:-12 Cores.- 8 performance cores.- 4 high efficiency cores.- Coming first on a MacBook Pro 16” unveiling as a press release.- According to a source who used a prototype, “if you think M1 is fast, you haven’t seen M1X”.-Name isn’t final though. pic.twitter.com/tpBhXpDCadNovember 22, 2020

According to known Apple leaker @LeaksApplePro, the Apple M1X is going to feature 12 cores overall, with four efficiency cores and eight performance cores, double the number of performance cores in the M1. That should seriously improve in-app performance, especially on more demanding apps like those used in creative content work like video editing and graphics work.

According to Apple Insider, the new M1X chip could see double the number of GPU cores, from eight to 16, with 16GB of maximum memory, 256 execution units, and the ability to drive up to three displays, an improvement over the M1’s two. The power draw will obviously be greater, 35W TDP, up from the M1’s 15W TDP.

These specs were pulled from CPU Monkey and haven’t been independently verified, so they should be seen more like a projection of what’s possible than what will actually make it to production.

There are also rumors coming from YouTuber Dave2D that the new Apple M1X integrated graphics will be powerful enough to go toe-to-toe with the latest Nvidia GeForce RTX 3070 mobile graphics cards, offering up 16-core and 32-core integrated options. This would be fantastic for anyone in a demanding creative field, but also opens up the possibility of using a new MacBook Pro as a gaming laptop.

Regardless of the specifics, we expect that there will be across the board improvements to all of these components with the Apple M1X chip, but until it is announced, specific details about the new silicon will be pretty slim from the usually tight-lipped Apple.