Apple TV HD Falls to $99, but You Still Shouldn't Buy It, Here's Why The Apple TV HD has never gone this low before. There's a different deal you should check out, however. 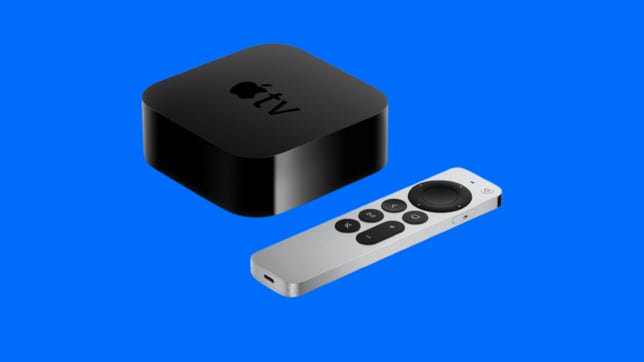 Like a lot of Apple products, deals on the Apple TV are pretty rare. Yet, despite all-time low pricing on the Apple TV HD at Walmart right now, you really shouldn’t buy it. For the first time, the HD device is available for under $100, but, though you get the newer Siri Remote, the set-top box itself hasn’t been updated since 2017 and is running an outdated A8 chip. Instead, you should spend the $20 more to snag the discounted Apple TV 4K at Amazon. That device is normally $179, but can be picked up for $120 while this deal lasts.

In our Apple TV HD review from 2021, CNET’s Eli Blumenthal questioned why this device still exists at its $149 retail price. Though today’s $50 discount sure helps to make the Apple TV HD a more attractive option, other criticisms around its lack of 4K support and aging processor still stand.

Walmart has $50 off of the most recent Apple TV HD, which is the lowest we’ve ever seen it go there. If you need to spend as little as possible on an Apple TV, it’s the cheapest deal you’re going to find, though the 4K option is a better choice overall right now.

This is the newest Apple TV 4K with the all-new (and vastly improved) Siri remote to accompany it. This version is powered by Apple’s A12 Bionic chip to help maximize speed and app experiences. At close to $60 off, you’ll have a hard time finding a better price for this right now.

The Apple TV 4K did get a significant update in 2021, with a much more powerful A12 Bionic processor, support for high frame-rate HDR, HDMI 2.1, Wi-Fi 6 and eARC. Going for a 4K model helps to future-proof your purchase, even if you don’t yet have a 4K-capable TV set.

Unless you absolutely need an Apple TV right now and you only have $99 to spend on one, it’s well worth shelling out the extra $20 on the 4K-capable version.