Apple Watch Series 8 Preorder: Where to Buy Apple's Latest Smartwatch Apple's new smartwatch is now available to preorder. Here are the best places to do so. 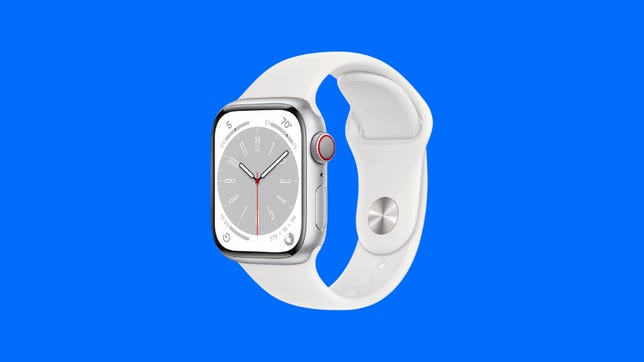 Apple just unveiled its latest smartwatch: the Apple Watch Series 8. The device is available to preorder starting Sept. 7 with devices shipping to customers on Sept. 16.

The new variant is the first model to come with a temperature sensor, which will be used to bring new ovulation tracking features to the Apple Watch. Apple is also bringing car crash detection to the Series 8 so that emergency services and contacts can be notified in the event of an accident.

A new low-power mode is also coming to the Apple Watch that can temporarily disable features like the always-on display and auto-workout detection to preserve battery life if you need to eke out a little bit more power without taking too much away from the overall experience. That feature is not Series 8-exclusive, though, and will be available on the Series 4 and later models.

Apple Watch Series 8 starts at $399 for the GPS-only model, with the GPS and cellular version going for $499 and up.

Go straight to the source for your Apple Watch Series 8 preorder and score three months of Apple Fitness Plus.

Amazon is now listing the Apple Watch Series 8 for preorder. Prices start at $399 for the GPS-only models.

Best Buy now has all Apple Watch Series 8 configurations up for preorder with release day shipping still available. You’ll also score four free months of Apple Fitness Plus there in addition to six months of Apple Music and four months of Apple News Plus for new or returning subscribers.

We’ll help you find the best deal on your next smartwatch or fitness tracker.