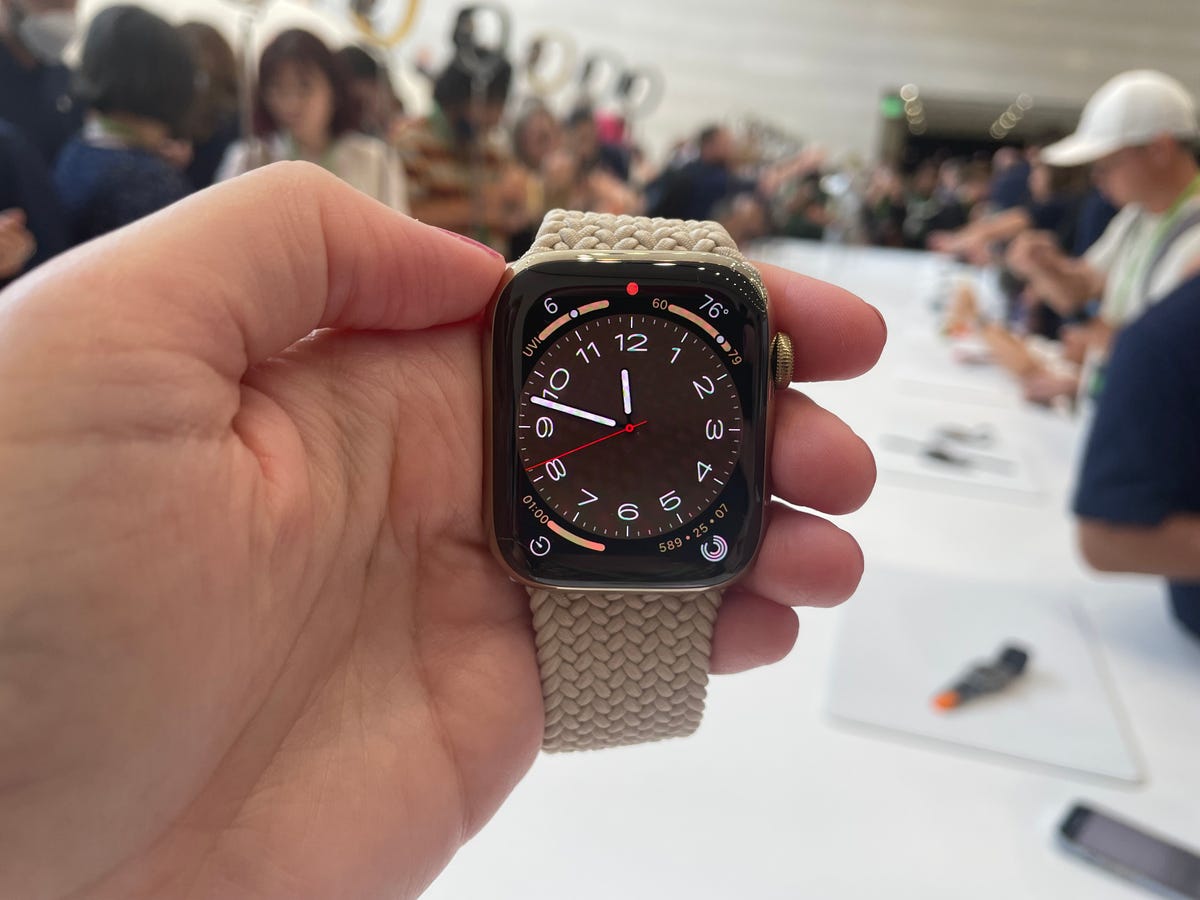 Apple’s “Far Out” presentation on Wednesday debuted a sleek new lineup of wearables that includes the Apple Watch Series 8, Apple Watch Ultra and a new 2022 Apple Watch SE. While the Ultra is the most expensive option with a variety of bells and whistles, you may find that Series 8 is better for your needs. Now a midtier offering with the introduction of the $799 Ultra, the $399 Series 8 comes with a string of features not available on SE or the Series 7 that arrived in 2021.

All Apple Series watches are a step above the SE versions, but if you’re new to the brand’s smartwatches or are tempted to upgrade, you’re probably wondering how Series 7 and Series 8 compare. Both have health tracking functions and activity logs, but here’s how they stack up in price, features and aesthetics.

While both models have fall detection, emergency SOS, blood oxygen sensors and gyroscope, the Series 8 offers a set of tracking upgrades that assist with wellness and safety. Apple announced two new temperature sensors available on Series 8; one is located close to the skin, and the other is within the display.

These sensors monitor body temperature throughout the day and night but can also help women track menstrual periods and ovulation cycles. A log tracks a woman’s cycle history and sends out notifications for any irregularities, which can assist with family planning or potential health concerns.

In the safety category, Apple now provides car crash detection feature on the Series 8 and all other new Apple smartwatches. This sensor alerts emergency responders and your emergency contacts if you’re unresponsive after 10 seconds.

Display is the essentially the same

If you were hoping for a larger screen on the Series 8, you’ll have to let it go. Both the Series 7 and Series 8 have an always-on retina display and either a 41mm or 45 mm face. Their similar designs use the same glass material for the screen and curved casing. Like the Series 7, the Series 8 comes with a dust and crack resistant screen.

Where they differ is in the watch faces. You get a few extra choices with the Series 8, including “Lunar,” “Astronomy,” “Modular” and “Metropolitan.”

While Apple touted its 36-hour battery life when the Series 8 is in low-power mode, the Series 7 is also capable of an extended battery when the WatchOS 9 update hits. Currently, both watches possess 18 hours of battery power. Low-power mode will preserve life by restricting certain features like the sensors, the always-on display or the heart tracking apps.

New watch faces, an always-on and larger display (thanks to smaller bezels), and better durability are the highlights of the new series. There’s better menstrual cycle tracking thanks to a new suite of features, including a new temperature sensor to get ovulation estimation, among other things.

There are also new safety features, such as crash detection to provide automatic notification to emergency services and contacts. It’s made possible by updated motion sensing with a new gyroscope and accelerometer.

Low-power mode disables some of the less necessary features, like the always-on display, to extend to a projected 36 hours. International roaming will also be rolling out on all cell models running WatchOS 9. And pretty new colors and bands.

Although it lacks the temperature sensor and crash detection features found on the series 8, the older Series 7 offers the same battery life and most of the same connectivity and features.