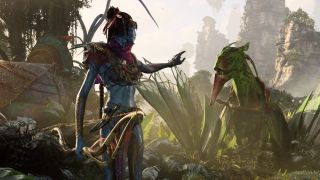 Avatar: Frontiers of Pandora is a new action game coming from Ubisoft, bringing the world of one of the biggest movies of all time back to video games – and it sure looks pretty.

Revealed during E3 2021, Avatar: Frontiers of Pandora will let players explore the titular world of Pandora, as the battle rages on between the native Na’vi aliens and human invaders.

There’s still lots to learn about Avatar: Frontiers of Pandora, but it’s coming at a pretty good time for the series as the first of four new Avatar sequels is slated to release in 2022. That’s the same year Frontiers of Pandora is penciled in for, though the game will apparently tell its own story with brand new characters.

Far Cry set on Pandora? That’s the vibe we’re getting so far. Read on for everything this is to know about Avatar: Frontiers of Pandora.

Avatar: Frontiers of Pandora: cut to the chase

Frontiers of Pandora was officially revealed during Ubisoft’s Ubisoft Forward showcase at E3 2021, taking us all somewhat by surprise, but we’re still waiting for Ubisoft to narrow down that release window. We know (via GameSpot) that the game was previously delayed into Ubisoft’s financial year starting April 2022 in response to the delay of Avatar 2, the film. Avatar 2 is now expected to release in cinemas in December 2022 but whether or not Frontiers of Pandora’s release will be around the same time hasn’t been confirmed.

Ubisoft released a tech showcase for Avatar: Frontiers of Pandora and while it doesn’t show any new footage from the game, it does give a little big of an insight into what the team is looking to do with the new iteration of the Snowdrop engine.

First-look trailer
Avatar: Frontiers of Pandora was surprisingly revealed at Ubisoft’s Ubisoft Forward event at E3 2021 – and it’s coming in 2022. We already knew an Avatar game was in development, but we didn’t expect to see it so soon. The trailer gives us a look at Pandora, which looks arguably even more stunning than it did in the 2009 film, from its peculiar creatures to thriving flora and fauna.

But not everything is peachy in Pandora, as the RDA (or Resources Development Administration) looks to threaten not just the world but those who live in it. But the Na’vi aren’t going down without a fight. Check out the trailer below:

We took some screenshots from the Avatar: Frontiers of Pandora trailer that you can check out below:

Details on Frontiers of Pandora’s gameplay and story are a bit light right now but we’ve been able to gather a few potential snippets from the game’s reveal trailer and Ubisoft’s site.

The official site for the game describes it as a “first-person action adventure” that’s set in an “immersive, open world” and the trailer gives us a brief look at this first-person perspective. We also see a Na’Vi riding a mount – that doesn’t quite look like a Direhorse – suggesting that we will hopefully be able to partake in mounted combat, or we’ll at least be able to traverse Pandora on (kind of) horseback. The world also seems to be inhabited by creatures we both have – and haven’t – seen in the film, so expect some surprises.

There also seems to be some sort of hub for Na’Vi to congregate in. We’re hoping this could mean online play – we also hope we can customize our Na’Vi.

From the trailer, it also looks like Pandora’s native Na’Vi will be taking on the RDA, like in the film, who threaten to destroy their world and have quite the collection of armed tech at their disposal. The trailer shows RDA helicopters on the warpath, trying to destroy a Na’Vi. The Na’Vi jumps on a Great Leonopteryx, firing arrows at the helicopter, before a final arrow fixed with an explosive device hits the vehicle, which then bursts into flames.

That’s not to say the game won’t have an original story, though. In an interview with VentureBeat, Luigi Priore, vice president of Disney and Pixar Games, said that Frontiers of Pandora will skip past the characters and plot of the original Avatar film and its upcoming sequel, in favor of telling an all-new story.

“There was a time 15 or 20 years ago where playing the movie was something. You bought the game and played the movie,” Priore said.

“The whole idea is to have it be part of the storyline of that giant franchise on Pandora, but it’s not a ‘play the movie’ game. It’s an all new open world, new characters,” Priore added.

“That’s why it’s called Frontiers of Pandora. It takes place on another frontier, another area of the moon of Pandora.”

According to the game’s official site, the game will take players into a “standalone story” where they’ll “play as a Na’vi and embark on a journey across the Western Frontier, a never-before-seen part of Pandora. Explore a living and reactive world inhabited by unique creatures and new characters, and push back the formidable RDA forces that threaten it.”

NPCs will “understand the state of the world”

In a video showcasing the tech behind the game, the development team of Avatar have been discussing how the game’s NPCs will behave and react more realistically to the game’s world. Lead Narrative Realization Designer, Alice Rendell, says that “The different activities that NPCs can perform in the world, and the different animations they have, can make the world feel really alive.” As a result, according to Rendell, the team “wanted to take this one step further and created a system where our NPCs understand the state of the world – for example, weather, player progression, or time of day.”

Even plant life will react in some way, with Senior technical artist Kunal Luthra explaining that “The advantage of Snowdrop is that it can handle quite complex shaders. To add life to the vegetation of Pandora, we’ve created many interactive shaders that can be affected by the player, from real-time wind simulations and interactions, to intelligent plants reacting to your presence.”

Powered by Snowdrop
We know that Frontiers of Pandora is built in Ubisoft’s Snowdrop engine, with games such as Tom Clancy’s The Division 2, South Park: The Fractured But Whole and Mario + Rabbids: Kingdom Battle having already used this engine.

“In February 2017, it was announced that we are embarking on an amazing journey, together with Lightstorm Entertainment and FoxNext Games, to the world of Pandora, developing a new cutting-edge game set on the beautiful and dangerous moon from the prominent Avatar film franchise,” Massive Entertainment site reads.

“Our studio is leveraging its expertise and its proprietary technology, the Snowdrop engine, to deliver the wonders of Pandora to everyone. Players will be immersed in this astonishing world.”

Delayed to coincide with Avatar 2
Avatar: Frontiers of Pandora is due to land in 2022, as is the Avatar film sequel: Avatar 2. While we’re not quite sure when the Avatar game was due to release initially, we do know its release was delayed following the delay of the film – which now isn’t releasing until December 2022. With Avatar 2 releasing in late 2022, it’s possible that we could see Frontiers of Pandora releasing in late 2022 too, to coincide with its release. Though this is speculation at this point. Either way, we’re sure the developers will appreciate having as much time as possible to polish up the gameplay. Could it be that rarest of things – a movie tie-in that doesn’t suck, and releases on time?

A focus on the current-gen
Developer Ubisoft Massive has detailed why Avatar: Frontiers of Pandora won’t release on last-gen machines like PS4 and Xbox One. As you’d expect, it’s for technical reasons.

In an interview with IGN, Technical Director of Programming Nikolay Stefanov explained just how much more of a scene can be rendered on PS5 and Xbox Series X thanks to their more powerful tech, explaining: “[New consoles allowed] us to have much better object detail up close to you, but also when you’re flying high up in the air – to have a lovely vista and far-distance rendering, where we can even use the ray tracing to do shadows super far away, you know, three or four kilometers away from you.”

This should also mean that areas like dense jungles and forests will be able to load and render far more efficiently than on last-gen tech. Areas such as these traditionally struggle to maintain a steady frame rate and texture quality due to the sheer amount of objects that have to be rendered on screen at any given time.

Avatar: Frontiers of Pandora: what we want to see

It’s incredibly early days for Avatar: Frontiers of Pandora – we’ve seen the first-ever trailer, on the back of little to no pre-release leaks. So we’re very much wandering in the dark about what we could experience in the game.

But if there are two key elements to the franchise, based on the first film at least, that’s the relationship between humans and the Na’vi, and the wondrous nature of the planet Pandora itself.

So first up, we’re really hoping for a big, explorable game world to enjoy – Ubisoft has excellent experience making huge open-world games with Assassin’s Creed and Far Cry, but it’s never had as imaginative a backdrop as Pandora to tap into. The colorful sci-fi planet, full of alien creatures and wild plants, would have potentially huge secrets to uncover – we’re hoping Ubisoft doesn’t have to stick too closely to any film plot and is able to stretch its legs over the potential that the world offers.

The other thing we’d love to see, like the film, is the interplay between humans and the Na’vi. Rather than play as just one race, we’re hoping we get the opportunity to play as both. The Na’vi has really interesting relationships with the nature around them, letting them ride creatures and make use of primitive weaponry, while the humans have gunships, mechs, and all that cool sci-fi machinery you associate with James Cameron’s best work. To paraphrase that most excellent of memes, why not [play as] both?