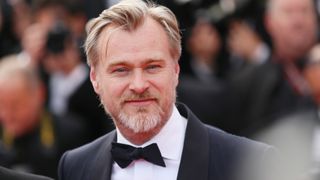 It was reported last week that visionary director Christopher Nolan signed with Universal for his next film, officially ending a nine-film streak with Warner Bros. that started with 2002’s Insomnia.

Now, The Hollywood Reporter has lifted the veil on what the studio and filmmaker’s high-level negotiations entailed, offering alleged insider accounts on budgets, theatrical windows and more.

According to the report, multiple studios attempted to court the blockbuster director, who came with a number of large demands on which he was unwilling to budge.

These demands reportedly included a $100 million production budget for his upcoming biopic about American theoretical physicist J. Robert Oppenheimer, along with an equally large marketing spend.

Additionally, Nolan also demanded “total creative control, 20 percent of first-dollar gross, and a blackout period from which the studio wherein the company would not release another movie three weeks before or three weeks after his release.”

For Nolan, the big deciding factor allegedly came down to the film’s theatrical window – Nolan apparently insisted it be at least 100 days, which is more than double Universal’s usual timeframe.

It’s said that apart from Universal, only Apple and Sony were legitimately in the running to sign Nolan (Paramount reportedly bowed out early in negotiations), with the studios eager and willing to meet Nolan’s budget and back-end requirements. Apple, however, wasn’t prepared to commit to such a long theatrical window.

Sony reportedly came close, noting its recent success with Quentin Tarantino’s Once Upon A Time In Hollywood, though the ultimate decision reportedly came down to Nolan’s existing relationship with Universal chief Donna Langley, who’s said to have spent years trying to court the director.