College football live stream 2021: how to watch every game online from anywhere 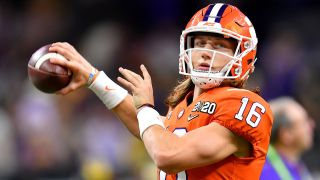 After months of wondering if there would even be a 2020/21 college football season, the NCAA hit the gridiron again with a schedule packed full of rivalry games and chances to glimpse the NFL stars of tomorrow – all leading to an opportunity to watch a 2021 college football National Championship live stream: Ohio State vs Alabama tonight For more background, keep reading to find out how to get a college football live stream from wherever you are in the world.

All of the college football teams participating this year will play 15 weeks of games and the majority of these matches will be held on Saturday though there will be a few Friday games as well this season.

Beginning on December 19, the postseason will commence with a number of different bowl games which will be played in Florida, Alabama, Georgia, California, Texas and other states throughout the country. Finally the AFCA National Championship Trophy also known as the Coaches’ Trophy will be awarded to the winner of this season’s CFP National Championship which will be held at the Hard Rock Stadium in Miami Gardens, Florida on Monday, January 11.

Whether you’re rooting for a team in the Big Ten, Pac-12, SEC, ACC, Big 12 or Big East, our guide explains how to get a college football live stream and watch every NCAA game available this season, so you don’t miss a single touchdown.

How to watch college football on TV in the US

However, if you aren’t a cable subscriber, you can still watch quite a few games over-the-air. With on of the best indoor TV antennas you can watch college football games shown on ABC, NBC, CBS and Fox. For the most part, prime time games with air on either ABC or Fox and CBS will show games from the SEC conference. Notre Dame fans will be happy to hear that all of the college’s games will still be shown on NBC this season as this year marks the 30th season of the Notre Dame on NBC partnership.

College football live stream: how to watch NCAA football online in the US without cable

As you can see, there’s a dizzying array of channels that cover NCAA football in the US, so if you want to get a college football live stream for every single game of the season…you can’t. And it would be impossible, given the sheer number of games played simultaneously every Saturday.

What you can do is arm yourself with a good over-the-top streaming service, which will get you access to the channels you need to watch the biggest games each week.

For your convenience, we’ve compiled a list of our favorite streaming services and the networks they give you access to below.

How to live stream college football from outside your country

If you’re currently traveling abroad or there is no official broadcast option in your country, then you’ll need to use a VPN to dial in to a location in the US that does have coverage.

A VPN is perfect for this as it allows you to change your IP address so you appear to be in a completely different location. They’re surprisingly easy to use, too! We’ve tested hundreds of VPNs and can heartily recommend ExpressVPN as the best one right now.

In some countries, you may be baffled by the fact that college football is just as popular as the NFL among some fans. But if you want to know what all the fuss is about or you’re a US expat wanting to catch the college football, then ESPN Player has you covered.

That gets you live and on-demand coverage of most college football games in the 2020-21 season as well as access to other live sports events, ESPN originals and ESPN Films on-demand. The service also supports both desktop and mobile, so you’ll never miss a game.

College football may not be as big a deal in Canada as it is in the US, but there are still plenty of ways to watch the biggest games.

DAZN offers a free trial and will show all of the Pac-12 Networks games this season and it even offers a FREE trial , while TSN will show most of the games that air originally on ESPN in the US. You can also watch ESPN provided games in French on RDS.

Elsewhere, the Big Ten Network (BTN) is available through the following cable providers: Cogeco, Eastlink, Rogers Cable, Shaw Cable, Shaw Direct and VMedia. Head to the relevant website of your service, log-in with your credentials, and you’ll be able to stream the game online just like you’d watch it on TV – though there’s no streaming-only option for B1G fans, unfortunately.

However, anyone in Canada from a country where that offers additional ways to live stream has the option of grabbing hold of an effective VPN and following our instructions above.

How to watch a college football live stream in the UK

Select college football games are broadcast by BT Sport in the UK and as a general rule of thumb will air on BT Sport ESPN.

BT TV customers can add BT Sport to their service for just £10 extra a month and most Saturdays, you’ll get a handful of the biggest NCAA college football games to choose from.

If you don’t want the commitment of a full BT TV contract, there’s now also the option of the BT Sport Monthly Pass, which costs £25 and lets you stream all the same channels you can watch on TV. Smartphones, tablets, consoles, and select streaming devices are all supported, but PCs, laptops, and web browsers aren’t.

Want to catch the college football action in the UK just like you would at home? Or tune back into your UK streaming service from abroad? Then grabbing a VPN will let you log into a compatible IP address so you can live stream as usual

For those Down Under, select college football coverage is available through Foxtel, which offers ESPN and has the Foxtel Go app so you can stream the action on your laptop or other mobile device (logging in with your Foxtel ID).

For cord cutters or anyone who prefers not to be locked into a lengthy contract,  Kayo Sports is the official over-the-top service of Foxtel and offers extensive streaming-only coverage of all the provider’s sports channels, including Fox Sports, ESPN and ESPN2, and beIN Sports.

The best news? Both plans come with a FREE 14-day trial, so if you’re looking just to watch a specific game or two you can cancel after the 14 days.

As a result of Covid-19, four of the top 10 Football Bowl Subdivision (FBS) conferences including the Big Ten, Pac-12, Mid-American Conference (MAC) and Mountain West decided to cancel their seasons during the summer of 2020.

However, by late-September the four conferences reversed their decisions and announced that they would play shortened seasons as opposed to cancelling outright.