Disney Plus’ biggest smart TV problem is finally over 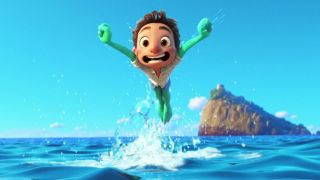 The Disney Plus app is now available on Panasonic TVs, finally amending one of the biggest issues with the massive streaming service in the UK – namely, that anyone with a Panasonic TV couldn’t get it.

Any “4K Panasonic TVs released from 2017 onward that feature the My Home Screen operating system” will now carry the Disney Plus app – meaning anyone who bought a Panasonic screen in the past four years will be supported. Specifically, any TV model that starts with EZ, EX, FZ, FX, GZ, GX, HZ, HX, JZ, or JX is getting the app, so it covers both OLED and LCD screens from the Japanese TV maker.

The support extends across the UK and Europe, as well as Australia, Singapore, New Zealand, Canada and Latin America – though not the US, where Panasonic doesn’t sell commercial sets.

It’s somewhat astonishing that it took this long, really: the Disney Plus app launched in late 2019, and was broadly present on pretty much every other smart TV operating system and streaming stick platform within the following year. The fact that the Panasonic TV range for 2021 launched without it was a real disappointment.

Even if a cheap streaming device could fix that issue in the short term, anyone paying thousands for a OLED TV from Panasonic – a brand that prides itself on a true at-home cinema experience, and seems like a natural fit for a streaming service that houses massive blockbuster franchises like the Marvel movies and Star Wars – would no doubt feel put out.

With huge TV shows like Loki and WandaVision having landed this year, it’s been a shame that Panasonic TV owners haven’t automatically had a way to tune into the action – though it’s obviously not too late to go back and visit programming that’s still on the service.

With Panasonic now brought into the fold, though, it’s really only Hisense that’s yet to get full support – while you will find Disney Plus on Hisense Roku TVs and Android TVs, screens with its proprietary Vidaa U system have no such luck.

We have to remember that Disney Plus is still a relatively new service, compared to the likes of Netflix and Amazon Prime Video. However, considering the scale and impact Disney Plus already has, it really doesn’t pay to get left behind without it.