Fitbit's Cheapest Fitness Band Is Getting a Big Upgrade The Fitbit Inspire 3 gets a color touchscreen, a larger display and blood-oxygen monitoring. 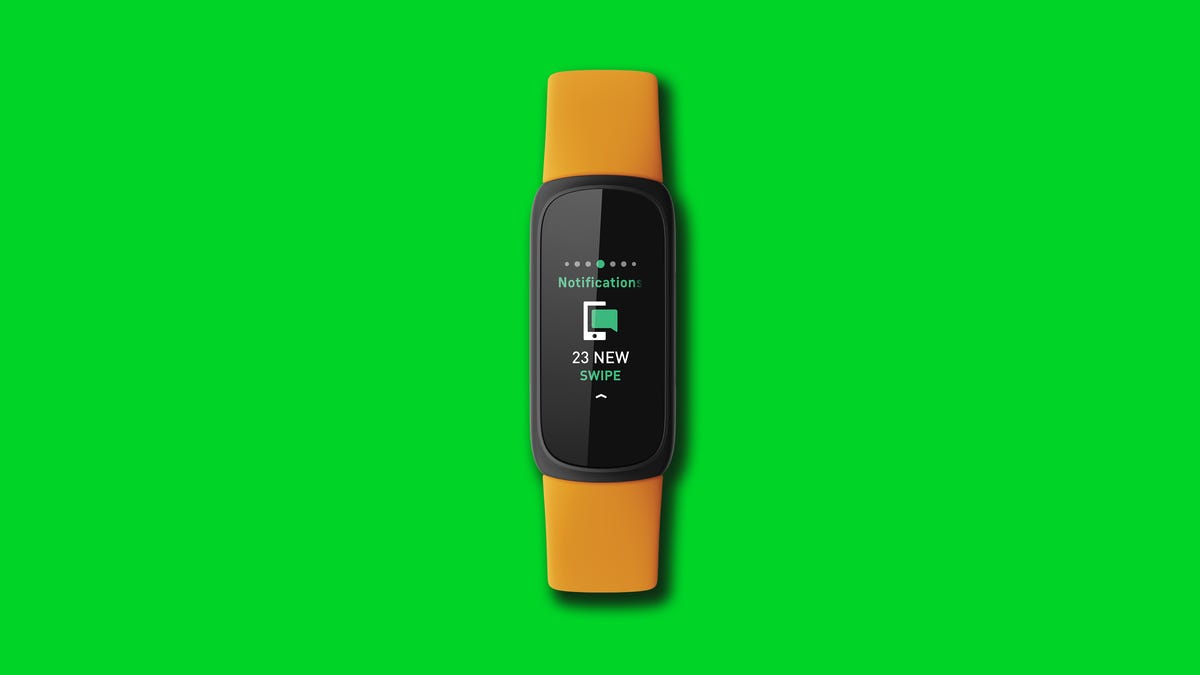 Fitbit just announced the $100 Inspire 3, an update to its most affordable mainstream fitness band.

The launch demonstrates how Fitbit distinguishes itself from Apple and Samsung, the two biggest wearable device makers. Unlike those companies, Fitbit offers a mix of both watches and fitness bands at different prices.

Fitbit will launch the Inspire 3 globally in September.

Fitbit just announced the Inspire 3, a new version of its $100 fitness tracker that now includes a color touchscreen and blood-oxygen monitoring. Both features are new to the Inspire line and should help bridge the gap between Fitbit’s budget tracker and more expensive models like the Charge 5.

The move also underscores Fitbit’s intention to compete with rivals like Apple, Samsung and Xiaomi — the world’s three biggest wearable device makers in terms of shipments — by releasing products at various price ranges. At $100, the Inspire 3 is Fitbit’s cheapest fitness tracker, aside from its kid-friendly Ace 3 band.

The Inspire 3, which is available for preorder on Aug. 24 and launches in September, has the same overall look and feel as the previous Inspire 2. The color touchscreen is the biggest aesthetic difference, and it addresses one of the biggest shortcomings of Fitbit’s previous Inspire devices. The Inspire 3’s display is also 8% larger than the Inspire 2’s, and Fitbit says the new model is about 10% thinner as well.

Despite gaining a color touchscreen, Fitbit says the Inspire 2 will still last for 10 days on a single charge, giving it an advantage over more sophisticated smartwatches. But using the new always-on display mode could shorten battery life, with Fitbit saying it should last for around three days or more with that mode turned on.

The Fitbit Inspire 3 can measure most of the same metrics as other Fitbit devices, with the major new addition being the ability to monitor SpO2, or blood-oxygen saturation. Like the Fitbit Luxe and Fitbit Charge 5, the Inspire 3 will monitor levels overnight and display results both on the device and in the Fitbit mobile app. Blood-oxygen monitoring was considered a premium feature just two years ago, but its arrival on the Inspire 3 suggests it’s becoming common, even across budget fitness trackers.

But the Inspire 3 is missing Fitbit’s electrodermal activity sensor, so it doesn’t measure changes in your skin’s sweat level to gauge potential stress levels as do the Sense and newly announced Sense 2. That remains one of the biggest differentiators between the Inspire 3 and the Fitbit Charge 5, along with the Inspire’s lack of an ECG sensor and built-in GPS.

As is the case with most Fitbit devices, you’ll need a Fitbit Premium subscription to get deeper insights, like Fitbit’s daily readiness score, a breakdown of your sleep score and the new sleep profiles feature. The Inspire 3 comes with a free six-month subscription to Fitbit Premium, although Fitbit previously gave away a full year membership with the Inspire 2.

The launch of the Inspire 3 is another sign that Fitbit hopes to differentiate itself from competitors with a broad lineup of devices that spans various price ranges. Many of Fitbit’s biggest rivals, like Samsung, Apple and even newcomers like Amazon, specialize in fitness bands or watches, but not both. Fitbit’s mainstream wearables also vary in price from the new $100 Inspire 3 to the $300 Sense 2 smartwatch, which the company also debuted on Wednesday. Fitbit also debuted the $230 Versa 4 smartwatch on Wednesday.

The cheapest Apple Watch, on the other hand, starts at $200 for the aging Series 3, which CNET doesn’t recommend buying anymore. The same can be said for Samsung, which is selling the previous-generation Galaxy Watch 4 for $200 alongside the new Galaxy Watch 5 lineup. Among the Inspire 3’s closest competitors are the $80 Amazon Halo View and $50 Xiaomi Mi Band 7, both of which offer color screens and a wide variety of health tracking features. Like Fitbit, Amazon also requires a subscription to access more detailed data and additional features.

The Inspire 3’s debut also comes as the broader wearables industry has been shifting towards smartwatches and true wireless earbuds rather than fitness bands. Shipments of wristbands decreased by 40.5% in the first quarter of 2022, according to the International Data Corporation, while watches grew by 9.1% and wireless earbuds only dropped by 0.6%.