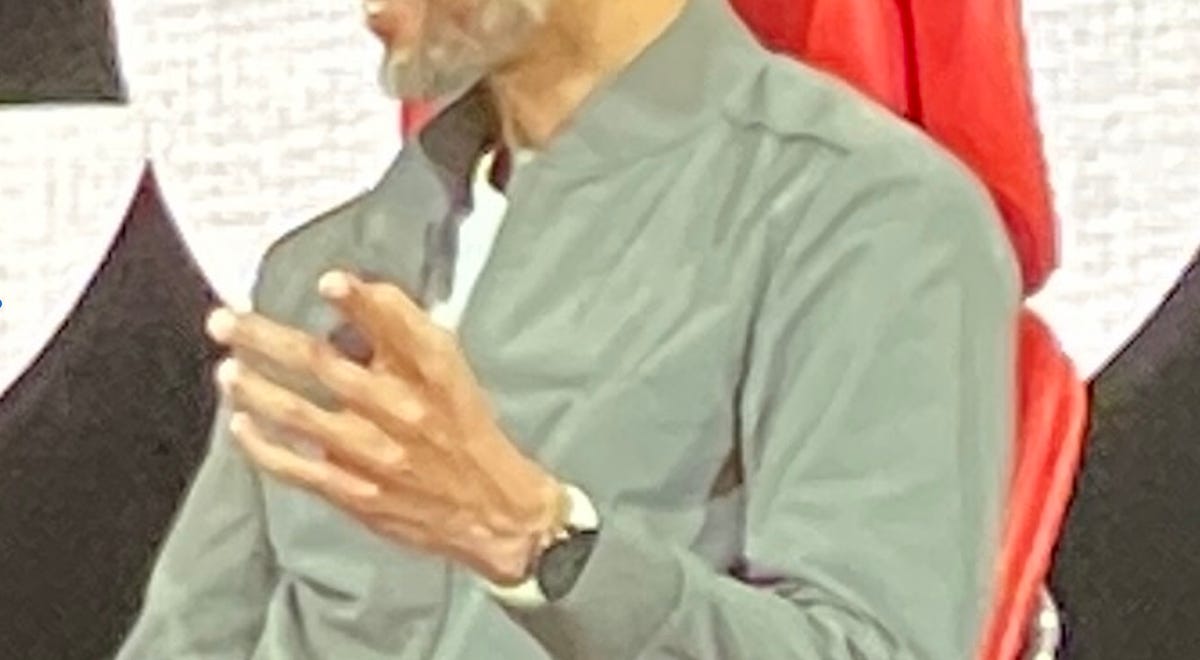 Google CEO Sundar Pichai headlined the opening day of the Code 2022 conference on Tuesday and revealed very little under questioning from host Kara Swisher, but he may have shown more than he knew: it looks like he was wearing the Pixel Watch that’s slated to come out on Oct. 6.

Pichai discussed a lot about Google’s greater business but didn’t talk about any devices we’re expecting to be announced soon, like the Pixel 7 smartphone. But as Bloomberg’s Apple journalist Mark Gurman first noticed, photos of Pichai revealed a very unique-looking smartwatch on his wrist.

Based on our photos of the event, it looks like Pichai probably wore a Pixel Watch, judging by how closely it looks compared to the photo of the circular dial, green-banded watch on Google’s teaser site.

Google already acknowledged that its next big product launch event would be Oct. 6, and given all the info Google has already openly published, we can expect the Pixel 7 phones, the Pixel Watch, and possibly the Pixel Buds Pro.