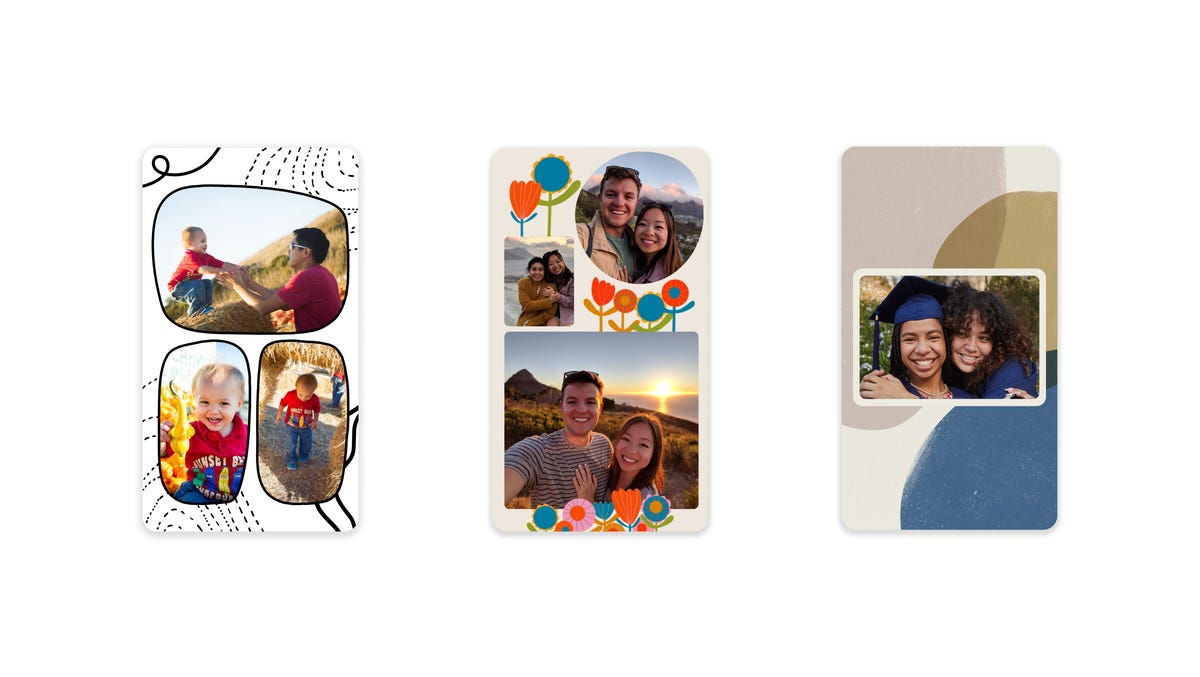 Google Photos is getting an update Wednesday that redesigns Memories, a feature that highlights past photos and packages them together with machine learning. A collage editor is also launching, on Android and iOS.

With the update, Photos will surface more of your videos, and cut in photos as well. And new zoom effects will make viewing photos more dynamic, Google said. Next month, instrumental music will also play in the background when you’re viewing some Memories.

Last year, Google added motion to photos in Memories to create what it called Cinematic Mode. Google says it’s expanding that mode to also include Styles, graphic art meant to help photos pop. Several designs will be included at launch, with limited-time styles from artists Shantell Martin and Lisa Congdon.

Continued updates to Photos are part of Google’s strategy to keep people using its products, whether it be on iOS devices, Android gadgets or PCs. Photos, unlike its other services, isn’t entirely free and asks people to pay up for additional storage. Given the ease of capturing photos on smartphones, pics can quickly pile up, making organization a real problem. Google is counting on its Photos technology to make your pictures more useful, finding the winning shots and packaging them so they’re easier to appreciate and share.

People on Android will also be able to share Memories with friends and family who are also on Android. Google said this feature will expand to iOS and the web soon, but it didn’t give an exact date.

Along with the redesign and new features, Google Photos is getting additional editing tools on Android and iOS, including smart suggestions and Real Tone filters.