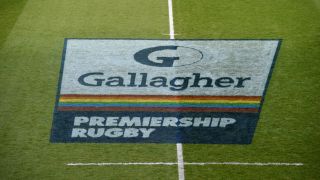 For the first time in nearly three decades, 13 teams will battle it out for Premiership glory with Harlequins defending their first title since 2011. The ongoing moratorium on relegation makes 13 a lucky number for everyone, including viewers, who get to feat their eyes on four extra rounds! Read on as we explain how to watch a Premiership rugby live stream online for every 2021/22 game from anywhere.

Last season’s Quins triumph was one for the ages. Playing for nothing in January, having suffered humiliation in the Champions Cup, left without a Director of Rugby – and then the fun began.

A switch to a more attractive playing style triggered a superb run of form that secured the league’s final playoff place, but nobody could have predicted what would follow: an unthinkable recovery from 28-0 down in the semis, followed by a the toppling of the reigning champions.

Could anything like that ever happen again? We can certainly hope. The Bears and Chiefs will be driven by a sense of regret and opportunity missed, while Saracens are back and intent on offering a reminder of what the Premiership’s been missing.

Brace yourself for impact and read on as we explain how to watch Premiership rugby live streams no matter where you are in the world.

How to watch Premiership rugby in the UK

BT Sport is the exclusive boadcaster of Premiership rugby in the UK, with three games per round being televised live.

Don’t forget that BT now offers a £25 Monthly Pass, so you can get all that BT Sport goodness without a long-term commitment.

The BT Sport app will also let subscribers watch the rugby on any number of devices, including mobiles, tablets, consoles and smart TVs.

How to watch Premiership rugby from abroad

We’ve recommended some of the best places to live stream Premiership rugby below. But might run into a problem trying to access them if you’re outside of your country – even if you’re fully registered and in all likelihood paying a subscription fee.

This is because of something called geo-blocking – best thought of as a kind of digital border – but it’s not nearly as scary as it sounds and we can help you get back to your preferred Premiership rugby live stream in no time at all.

Simply follow our VPN advice below and you’ll soon be up and running with a great bit of software that allows you to relocate your device back to your country of residence – thereby regaining access to all the streaming services and content you normally enjoy at home.

How to live stream Premiership rugby in US

Rugby fans based in the US can tune into the Premiership on NBC’s Peacock TV streaming service.

You’ll need to sign up for the Peacock Premium tier, which costs just $4.99 a month and can be cancelled at any time.

Out of the US and want to watch your home coverage? No worries – just use a VPN as described above.

Can I live stream Premiership rugby in Australia?

We’ve looked and looked (and looked) and can’t quite believe our eyes – it doesn’t seem as though there’s a single way that you can watch the Premiership Down Under.

That means the only way that we can recommend is to get yourself a trusted VPN and tune in via another nation’s broadcast, Although it’s worth noting that some of them may require local credit card details to pay and login.

How to watch Premiership rugby in New Zealand

New Zealanders can tune into the Premiership on Sky Sport, which is available as part of a range of pay TV packages.

Sky Sport subscribers can also live stream the action via the Sky Go service, while cord-cutters and anyone else can try the Sky Sport Now streaming-only platform – where a weekly pass costs just $19.99.

How to watch Premiership rugby: live stream in Canada

Sportsnet is the place to watch Premiership rugby in Canada.

If you get the service as part of your cable deal, then you’ll be able to log in with the details of your provider on the Sportsnet website and get access to a rugby live stream.

If you don’t have cable, you’ll be well-served by its digital platform. The TVA Sports Direct streaming service costs just $19.99 a month, and works across a range of devices, including phones, computers and tablets.

And don’t forget that using a VPN is the way to get a Premiership rugby live stream if you ever want to tune in from abroad.