How to watch Rugby Championship 2021: live stream every game online from anywhere 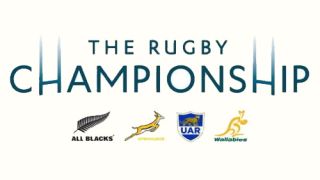 South Africa may be the champions, but the All Blacks are going to take some stopping as they look to wrestle back their crown. You can see all the action by following our guide on how to watch a 2021 Rugby Championship live stream – including for free.

The Springboks are the reigning world champions and No. 1-ranked side on the planet and returned to the tournament straight off the back of a bruising Lions series victory – how New Zealand would love to knock them off their perch.

The Boks and the All Blacks both have claims over the title of reigning champion, South Africa having triumphed in 2019 before New Zealand took home last year’s abbreviated Tri Nations series.

As ever, the Rugby Championship contained the final two legs of the Bledisloe Cup. But New Zealand were just too much for Australia – will South Africa and Argentina have any better luck?

Argentina did after all beat the Kiwis for the first time ever last year, and Ian Foster’s men have played very little competitive rugby since. The Wallabies, meanwhile, have a new-look squad that blends youth with experience, and may well be the tournament’s dark horse.

How to live stream Rugby Championship from outside your country

If you’re outside your country of residence – whether that be the UK or anywhere else – and try to start streaming the Rugby Championship via your native broadcaster, you’ll soon discover that you can’t, as it’s location restricted. But there is a way to tune in regardless.

Use a VPN to watch Rugby Championship from anywhere

Once you have it, you simply need to turn your VPN on, select a server in a country that’s showing the game and go to the relevant streaming service’s site or app – easy!

How to watch Rugby Championship: live stream FREE in Australia

Aussie rugby fans can watch all of the Wallabies’ Rugby Championship games without paying a penny thanks to Channel 9 and, more specifically, 9Gem. That means that they’re all completely FREE to watch.

That means you can also fire up a Rugby Championship live stream on the 9Now streaming service, which is completely free to use, too, and compatible with laptops, tablets, mobiles and an array of streaming services such as Apple TV, Chromecast, Fetch, PlayStation, Amazon Fire and smart TVs.

However, die-hard rugby fans might want to take a look at Stan Sport, which is live streaming every single Rugby Championship match.

If you’re currently out of Australia but want to watch a Rugby Championship live stream, you’ll need to get yourself a VPN as per the instructions above.

How to watch Rugby Championship: live stream in New Zealand

Live Rugby Championship coverage in New Zealand comes courtesy of Sky Sport, which is available as part of a range of pay TV packages.

Subscribers can watch online using the country’s Sky Go service, while cord-cutters and anyone else can try the Sky Sport Now streaming-only platform – where a weekly pass costs just $19.99.

Live stream Rugby Championship 2021: how to watch every match live in South Africa

Live coverage of the Rugby Championship will be shown exclusively on subscription service SuperSport in South Africa.

And if you’re away from your TV at any point of the tournament, you can also watch the action via the network’s streaming service for PC and Mac, as well as via SuperSport’s dedicated app.

How to watch 2021 Rugby Championship online in the UK

Live coverage of the 2021 Rugby Championship comes courtesy of Sky Sports in the UK.

How to watch Rugby Championship: live stream in the US

Dedicated rugby streaming service FloRugby has the broadcast rights for the Rugby Championship in the US.

How to live stream Rugby Championship in Canada

In Canada, you can watch the Rugby Championship through TSN, but bear in mind that it’s online-only.

The good news is its TSN Direct streaming service can be had from just $7.99 a day or (much better value) $19.99 a month and can be purchased by anyone – regardless of whether you have the channel as part of a pay TV package in the country or not.

Just when you thought it was safe to schedule sporting events again, the C-word rears its ugly head to disrupt the schedule even further. Below is the latest information we have on upcoming Rugby Championship fixtures… but they are of course subject to change.