How to watch Scenes from a Marriage online where you are 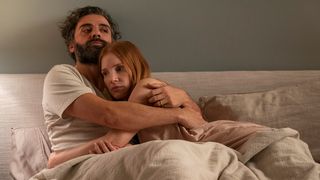 HBO’s new drama miniseries Scenes from a Marriage is set to be a rollercoaster of emotions. Based on the acclaimed 1973 Swedish series by Ingmar Bergman, this adaptation portrays the hardships of marriage in the modern-day, exploring love, desire, infidelity, and divorce. Find out here how to watch Scenes from a Marriage online where you are now.

Written and produced by director of ‘The Affair’, Hagai Levi’s five-episode limited series is a contemporary remake of Bergman’s 1973 miniseries that aired on Swedish television and was later converted into a theatrical show.

Scenes from a Marriage follows husband and wife, Jonathan and Mira, and their tumultuous relationship in a highly emotional yet compelling display of marriage in the 21st century.

Award-winning actors Jessica Chastain and Oscar Isaac will be playing husband and wife. It’s obviously a match made in heaven (we’ll see about that), as the pair starred as a married couple in the 2014 crime drama, A Most Violent Year.

We can’t wait to see how this modern love story compares to the Bergman classic. Make sure you’re able to stream every episode by reading on to find out how to watch Scenes from a Marriage online where you are.

If you’re abroad, you can still watch every new episodes of Scenes from a Marriage as and when they air by using a VPN. By downloading the best VPN, you can avoid any geo-blocks that you may experience when trying to access your usual streaming service if you’re outside of your country.

A VPN works by effectively tricking your computer into thinking that it’s in a completely different location, by changing your IP address to whatever location you want. If you’re abroad or are facing any issues with accessing content, with a VPN you’ll still be able to access on-demand content or live TV as if you were at home

Use a VPN to watch Scenes from a Marriage from anywhere

ExpressVPN – get the world’s best VPN
We’ve put all the major VPNs through their paces and we rate ExpressVPN as our top pick, thanks to its speed, ease of use and strong security features. It’s also compatible with just about any streaming device out there, including Amazon Fire TV Stick, Apple TV, Xbox and PlayStation, as well as Android and Apple smartphones.

If you sign up to Express VPN today, you can get a 15-month subscription for the price of 12, saving 49% off the regular cost. Even better, ExpressVPN provides a 30 day trial period, so if you change your mind, get in contact and they’ll offer you a full refund.

Scenes from a Marriage airs on Sunday, September 12 at 9pm ET / PT, with the five-part series being shown at the same time, until October 10. If you’ve got cable and HBO as a part of your package you’ll be able to watch on HBO.

To watch any time, on any device, HBO Max will also be streaming every episode of the new series, and viewers with or without cable can tune in to watch.

There are two HBO Max price points. Pay just $9.99 (with ads) or $14.99 a month to watch without ad, or save 16% by paying annually. By signing up for a membership you’ll have access to a huge selection of iconic films and exclusive shows including Friends, Doctor Who, Game of Thrones, The Dark Knight trilogy, and plenty more titles that you won’t find streamed elsewhere. While the HBO Max free trial isn’t currently available, you are free to cancel your membership at any time.

HBO Max is also streaming all of the 2021 Warner Bros movies on their exact date release date in the cinema, and you’ll be able to stream in 4K for no extra cost a month when opting for its more expensive $14.99 a month plan. Some of these titles include The Conjuring: The Devil Made Me Do It, The Suicide Squad, and the soon-to-be-released, Matrix 4.

Canadian viewers will need to head to Crave, the home of HBO to watch all the weekly episodes of Scenes of Marriage, with the first episode premiering Sunday, September 12 at 9pm ET / PT.

You’ll need to subscribe to the Crave Movies + HBO option to enjoy Scenes From a Marriage which costs $19.95 a month (plus tax). But, before any payment first-time customers are able to sign up for a 7-day free trial to see what Crave has to offer.

By signing up to Crave, you’ll get access to all of HBO’s content: Hollywood movies, hit TV shows, 6 live TV shows and plenty more on-demand content. If you’re just interested in Scenes from a Marriage, viewers can also check out Bergman’s 1973 original miniseries that’s being released on Crave from September 10.

Away from home and still want to watch your favorite shows? Sign up for a VPN and still catch all the latest episodes of Scenes from a Marriage.

The premiere of Scenes from a Marriage, episode 1 ‘Innocence and Panic’ will debut exclusively on Binge from Monday, September 13 with a new episode released every week.

New Binge subscribers can access a 14-day free trial, which you can cancel before your free trial ends to avoid being charged.

Binge offers customers an impressive library of on-demand content for just $10 a month for their Basic plan. You can upgrade for a few extra dollars a month to access multiple streams and improved video quality.

Once subscribed to Binge, you’ll be able to watch popular shows and world-class films, including Keeping Up with the Kardashians, Big Little Lies, Modern Family, Mayans, and plenty more with 10,000 hours of content and 800 movies on site.

Having trouble accessing your usual streaming content? By downloading a VPN like ExpressVPN you can still watch Scenes from a Marriage if you’re abroad.

How to watch Scenes from a Marriage online in the UK

UK viewers will be able to stream all the new episodes of Scenes From a Marriage with Sky TV. We’re still waiting on a release date for the new series, however, Brits won’t have to wait too long as it’s predicted to air sometime this Autumn. We’ll be updating this page as soon as UK viewers can stream the new show.

Scenes from a Marriage will also stream on NOW with an Entertainment Pass and new customers are able to sign up to a 7-day free trial before paying a thing.

Check out our dedicated Sky TV deals and packages guide to make sure you’re getting today’s best prices.

Not in the UK? You’ll need to download a VPN to be able to stream all of your favorite shows and on-demand content.