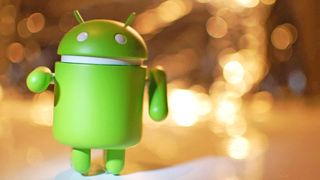 Google and antitrust issues are a never ending saga across countries and across platforms. In India, Google is already under probe by India’s antitrust watchdog, the Competition Commission of India for allegedly misusing its dominant position in the Android Smart TV segment. And now, Google is facing the same charge in the Android mobile operating system market.

The CCI has said in a report that Google abused the dominant position of its Android operating system in India, and used its “huge financial muscle” to illegally hurt competitors.

And responding to this rather scathing probe finding, Google has said Android has actually led to more competition and innovation.

The case and the probe against Google goes back to 2019, and is based on a complaint lodged by two Indian antitrust research associates in the CCI (Umar Javeed and Sukarma Thapar) and a law student (Aaqib Javeed). The CCI researchers had filed the complaint in their personal capacity. At the end of its investigation, the CCI in a 750-page report has said that Google is in the wrong.

“Google reduced the ability and incentive of device manufacturers to develop and sell devices operating on alternative versions of Android,” said the CCI’s June report.

Google used its “huge financial muscle” to force its apps to be preinstalled onto Android devices to enable access to the Google Play store, the report said.

Play Store policies were one-sided, ambiguous, vague, biased and arbitrary, while Android has been enjoying its dominant position” in licensable operating systems for smartphones and tablets since 2011, the report further said.

Microsoft, Amazon, Apple, smartphone makers like Samsung and Xiaomi, were among the total 62 entities that responded to CCI questions during its Google investigation.

For the record, Android powers 98% of India’s 520 million smartphones.

Google responds in a general manner

The CCI investigation report is sharp and pointed, and Google has responded generally without going into the specifics. Of course, it may be because it has not got the report copy officially.

“Android has enabled millions of Indians to connect to the internet by making mobile devices more affordable,” Google said and added: “We look forward to working with the Competition Commission of India to demonstrate how Android has led to more competition and innovation, not less”.

Google had reportedly sent in at least 24 responses during the probe.

The report comes day after South Korea fined Google approximately $177 million for leveraging its dominant position in the Android market.

Google, as it happens, is also facing similar probes in the payments app and smart television markets, and Google has been looked into in Europe, the US and other places.