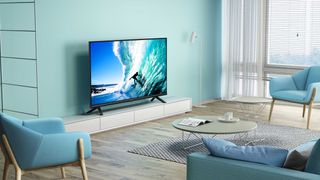 Thanks to people being confined to their homes due to the pandemic, there has been huge spurt in the demand for smart TVs as OTT platforms have mushroomed.  The smart TV market in the country has recorded an extraordinary 65% YoY growth in Q2 2021, and India’s overall TV shipments grew 46% YoY in the same quarter, according to Counterpoint Research’s TV Tracker Service. The report also pointed out that the smart TV market continued to grab share from the non-smart TV market, taking an 80% share of the overall TV market during the quarter.

Xiaomi, Samsung, LG and Sony dominated the smart TV market while OnePlus retained its position in the top five with a 20% QoQ growth.

Non-smart TVs from Samsung and LG still have some traction in the market but have very little share in these brands’ product portfolios, the report pointed out.

Some components sourcing issues are there

In general, the Indian TV market is growing at a faster pace and is expected to reach pre-pandemic level by early 2022.

Counterpoint’s Research Associate Debasish Jana said, “India has always been a very lucrative market for TVs. With a large installed base of CRT and non-smart TVs, the country holds great potential for the growth of the smart TV segment. OEMs are offering smart TVs with high specifications at very competitive prices, attracting consumers even more towards the smart TV.”

He added: “TV brands in India are leveraging the growth of online channels. They are partnering with e-commerce websites and using them as a launch platform to attain countrywide reach. This symbiotic relationship between the brands and e-commerce websites is also benefiting the end consumer, both in terms of accessibility and affordability.”

However, the rise in prices of panels (or open cells) and other TV components, along with chip shortages, in the global market is keeping OEMs under pressure.

Among the individual brands, the aggressive Xiaomi continued to lead the smart TV segment with a 23% market share. The MI TV 4A, 4A Horizon edition and 4A Pro were its best-selling models while the newly launched Redmi TVs also helped the brand grab volumes.

For Samsung, the entry-level T4000 series was the main volume driver in the quarter and helped it to lead the overall TV market. Apart from that, the 2021 version of the Crystal series made its mark on the market. Samsung’s QLED TV business saw a 400% YoY growth in the quarter.

The Counterpoint report said LG continued to increase its share in the market with a 65% YoY growth. The brand has announced a new campaign, “Together We Can Make Life Better”, which offers exclusive deals and assured gifts.

Sony is mostly targeting the premium segment, although its affordable series is also doing well. In the premium category, the X series was in demand in Q2 2021. Sony held a sale for its TVs, targeting the IPL season with discounts and extended warranty.

“OnePlus and Realme have established themselves in the market as strong players and are giving a tough fight, particularly in the affordable and mid-range price segments,” the report added.