iPhone 14 and 14 Plus Hands-On: Everything New to Know Apple adds several new features to its 2022 iPhone lineup without raising the prices. 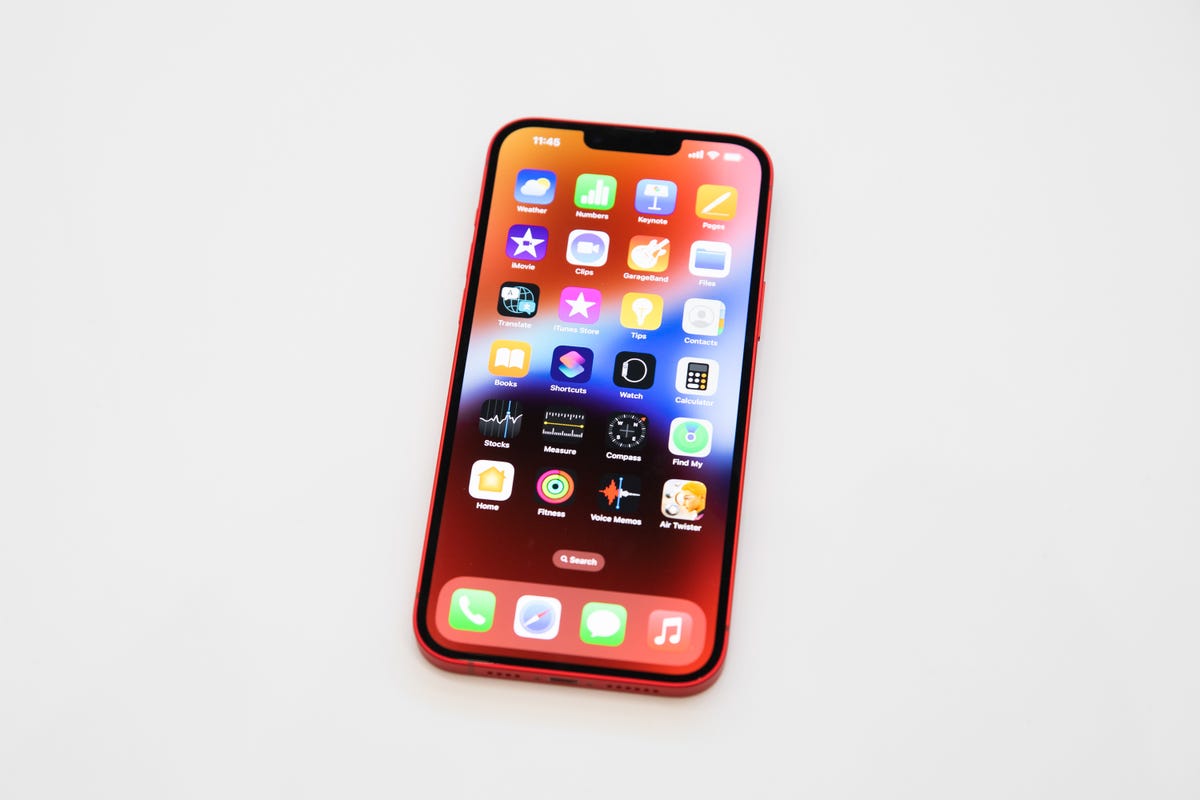 Apple dropped four new iPhone 14 models this year, including the iPhone 14 Pro and Pro Max, which might have the buzziest new features. The Pro models lose the infamous notch and get a pill-shaped display cutout — around which Apple added what it calls a “Dynamic Island” for alerts and tracking live activities.

Probably the biggest upgrade to the non-Pro iPhone 14 is the fact that there is a second larger model with a big screen called the iPhone 14 Plus. Both the iPhone 14 and 14 Plus get a bunch of new features including a new SOS Emergency via Satellite service, a new video stabilization tool called action mode, an upgraded Cinematic mode and all the major iOS 16 features you’d expect (the new iPhone software comes out on Sept. 12).

iPhone 14 and 14 Plus price and release date

iPhone 14 colors you can buy (and one you can’t)

True to form, Apple will sell the iPhone 14 and 14 Plus in five colors:

During the few minutes I got to try the iPhone 14 and 14 Plus, I noticed that the purple color is more of a soft lavender color that shifts depending on the lighting it’s under. The iPhone 14 Pro and 14 Pro Max come in a deep purple finish that shifts between a matte black look under some lights to a rich deep purple like Prince.

iPhone 14 and 14 Plus features and cameras

At first glance, the new iPhone 14 might look just like the iPhone 13. Both iPhones feature outer casings similar to those of the iPhone 12 and iPhone 13 models, which were released in 2020 and 2021, respectively. Apple also made a bunch of minor improvements and added new features. The iPhone 14 packs a 6.1-inch display, while the iPhone 14 Plus has a 6.7-inch screen.

While Apple sold a smaller, Mini model of its main iPhone for the past two years, it did not introduce an iPhone 14 Mini on Wednesday. The iPhone 13 Mini remains on sale, starting at $599.

In terms of photos and video, both phones feature a main camera with a larger updated 12-megapixel sensor and a wide-angle lens with a faster aperture that lets in more light. The iPhone 14’s cameras have a different method for processing photos called Photonic Engine.

The TrueDepth camera on the front gets a new, faster, f1.9 aperture lens. Apple also added a new video stabilization mode, dubbed Action mode. It’s designed to keep your videos looking smooth even when you’re recording video while walking or moving around.

As rumored, Apple has removed the physical SIM card slot on the new iPhone 14 line. It also adds crash detection, a feature Apple focused on during its Apple Watch presentation, and a new satellite connectivity feature for use in emergencies. The satellite feature will launch in November and will be included for free for two years with the purchase of the iPhone 14.

In addition to the iPhone 14 and 14 Plus, Apple introduced new iPhone 14 Pro and 14 Pro Max phones with an updated design that replaces the traditional notch with a new “Dynamic Island” layout for the front camera and Face ID sensor.

For more on Apple, here’s a full list of Apple’s new products, including the Apple Watch Series 8, Apple Watch Ultra and AirPods Pro 2.

Here are the full specs for the iPhone 14 and iPhone 14 Plus.