iPhone 14, Apple Watch Series 8 and Everything Else We Expect at Today's Event A brand-new iPhone may be the star of Apple's show, but other big announcements could come today too. 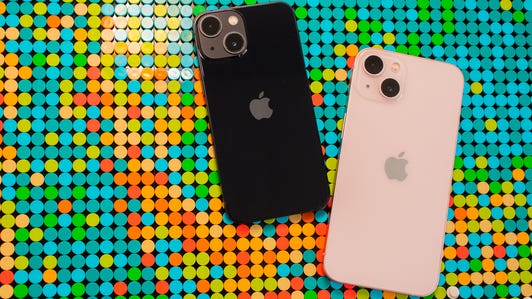 It’s September, which means kids are heading back to school, pumpkin spice everything is making its annual return and, of course, another fall event from Apple is on the way. Based on industry rumors and company history, Apple’s “Far Out” event on Wednesday will likely reveal the rumored iPhone 14, but that’s not all — we could also see a new Apple Watch and an updated pair of AirPods.

Apple is holding the event in person at the Steve Jobs Theater at Apple Park, but it will also be streamed online. Apple’s event invite shows a field of stars and sparkles that make up the Apple logo with the tagline “Far out.” The in-person element could just be a watch party similar to what Apple did for the WWDC keynote back in June. But if this is a proper live event, it would be the first one from Apple since 2019. And I expect the iPhone 14 will be the headliner.

There are mountains of rumors about the next iPhone from various insiders, YouTubers and publications. Two of the most respected and reliable rumor generators are reporter Mark Gurman at Bloomberg and analyst Ming-Chi Kuo, who are behind most of the insights I’ve gathered here. Kuo believes that there will likely be four models of the iPhone 14. Sadly, the Mini won’t be one of them.

Apple could replace the Mini with a non-Pro iPhone with a large screen. That would mean Apple’s lineup will include an iPhone 14 Pro Max and a regular iPhone 14 Max (or 14 Plus). It’ll be interesting to see what Apple names it and how much it costs. Having a low-price, large-screen iPhone could prove to be a big hit, because it’s no secret that people like big phones.

Kuo also cites the possibility that iPhone Pro models will get a new A16 chip and that non-Pro models won’t. Instead the iPhone 14 and 14 Max will stick with the A15 Bionic that’s in the iPhone 13 series as well as the new SE.

If that’s the case, I’m sure Apple will face some pushback, even though the A15 is already ahead of competitors in terms of power efficiency and performance. This will likely be a nonissue for most people.

But I do wonder what the pricing would look like for the iPhone 14 lineup. If the regular iPhone 14 keeps the A15 Bionic chip, could Apple drop the price from $799 down to $749, or even $699? And would the larger iPhone 14 Max be $100 more? The pricing possibilities are fascinating and could put a bigger price gulf between Pro and non-Pro iPhone models.

iPhone 13 and iPhone 13 Mini: Check out the redesigned camera module and smaller notch

iPhone 14 rumors, including one from Gurman, point to the notch being replaced by a screen cutout. Most Android phones use hole-punch cutouts in the display to house a front-facing camera. It’s a clean-looking compromise that allows more display real estate without an ostentatious-looking notch.

The next iPhone could have tiny cutouts for Face ID’s True Depth camera system, possibly one shaped like a pill and another that’s just a plain circle. Like the A16 processor, Apple could limit this new notchless design to the iPhone 14 Pro and 14 Pro Max. That would leave the iPhone 14 and 14 Max with the smaller notch that debuted on the iPhone 13 series.

The iPhone 14 Pro could get new cameras

Another rumor from Kuo that is particularly exciting is that the iPhone 14 series will get a new selfie camera. The current front-facing camera on the iPhone 13 is OK. But it’s still a big step down in terms of image quality from the main rear camera. It would be great to see Apple give the selfie camera a serious upgrade, especially as video calls have become more the norm.

Kuo also believes that the iPhone 14 Pro and 14 Pro Max will get new cameras, with the main camera sensor being upgraded from 12 to 48 megapixels.

There are also murmurs, though they might be more wishful thinking, that Apple will add a longer telephoto camera to the 14 Pro and 14 Pro Max. The new zoom lens would be mounted sideways inside the body of the phone and use a periscope mirror like the Galaxy S22 Ultra. If true, the “Far Out” tagline could be a reference to the 14 Pro’s telephoto camera’s longer focal length, which would presumably allow you to zoom in closer on a subject that’s far away (like a starry sky).

I should also acknowledge that even though Samsung just released new versions of its foldables, the Galaxy Z Fold 4 and Z Flip 4, it’s highly unlikely we’ll see a foldable iPhone revealed at this event.

The new watch could be Apple’s answer to the recently launched Galaxy Watch 5 Pro from Samsung, as well as devices from Garmin. It would be aimed at people who use their watch for outdoor activities like climbing, hiking, mountain biking and trail running.

And then there’s the budget-friendly Apple Watch SE, which at nearly two years old is ripe for an update.

The Apple Watch has a long history of adopting features for health monitoring. According to another rumor from Gurman, the Apple Watch Series 8 could include a temperature sensor and support new fertility-planning tools and be able to detect fevers.

The AirPods launched with the iPhone 7 back in 2016. Over the years, Apple has released the AirPods Pro, AirPods Pro Max and updated versions of the originals. Rumors, including ones from both Kuo and Gurman, point to the AirPods Pro getting a new design have been circulating for years.

They could have a more discreet, stem-free appearance similar to the Beats Studio Buds. The new pods could also support new fitness features and even lossless audio.

At Apple’s Far Out event, we could see four new iPhone 14 models, three new Apple Watch models and a new version of the AirPods Pro. Recent patent applications by Apple for the terms based on the word “reality” have some people curious about whether Apple might reveal its rumored AR/VR glasses at the event.

But until Tim Cook and crew walk across that stage in the Steve Jobs Theater to announce it, none of this is for certain. CNET will be covering the event from all angles with people on the ground at Apple Park. Stay tuned for our full coverage.