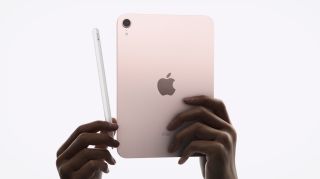 What’s new with the new mini? Quite a lot actually, enough that it arguably stole the show. There’s a Liquid Retina 8.3-inch display offering up to 500 nits of brightness, Touch ID in the lock button, an A15 Bionic chipset, a 40% CPU and 80% GPU upgrade, and a USB-C port.

The new iPad mini (the iPad Mini 6) was revealed during the iPhone 13 reveal event on September 14, and it’ll be on sale around the world on September 24, though you can already order it from the Apple website.

You can see all the prices for the new iPad mini models below, in both the 64GB and 256GB storage sizes, and the Wi-Fi-only or Wi-Fi and cellular options. Note that last time, the mini came in 32GB or 128GB options, so storage is doubled.

Ready to pre-order the new iPad mini 2021? You’ll find the best deals in your region below, ahead of its September 24 release date. Want to buy directly from Apple? Here’s the link to Apple’s website.

The new iPad mini is the smallest iPad in the company’s range, but it does have a larger screen than previous iterations in this series. The screen is 8.3 inches, and it’s a Liquid Retina display that offers 500 nits of brightness.

The resolution is 2266 x 1488, which results in a pixel-per-inch count of 326. It’s a True Tone display like iPad Pros, which means it changes color slightly in different settings to make the screen look the same, and supports a P3 wide color gamut – that basically means it shows a wide range of colors.

There’s a Touch ID fingerprint sensor in the top button of the device, a feature we first saw Apple use on the iPad Air 4. This replaces the outdated home button on the front, which the iPad mini (2019) had.

The tablet uses a USB-C port, not Lightning like older iPad minis, which shows that Apple is finally emerging from the Stone Age (as USB-C is the industry standard). This should ensure faster powering and data transfers.

The iPad mini 2021 uses the A15 Bionic chipset, which is also in the iPhone 13 series. According to Apple, this will include a 40% faster CPU and an 80% faster GPU than previous iterations of the device.

A new benchmarking report suggests that it won’t be as powerful in the iPad mini as it is in the iPhone 13, but it’s only a slight difference and it’s unlikely you’ll notice this in day to day use.

The iPad mini 2021 also comes with 4GB of RAM, which is up from the 3GB in the last-gen model. As we noted previously, you’ve got the option of 64GB or 256GB of storage space and there’s no microSD support.

The tablet will connect to 5G networks as well as 4G if you buy the cellular model, while if you opt for the Wi-Fi only model you’ll only be able to connect to the internet over Wi-Fi.

It’s worth noting that the iPad mini won’t support mmWave 5G technology, which may restricts the carriers you can use it on in the US. It’s worth checking with your mobile network provider to see if this impacts you.

There are stereo speakers on the tablet, which should be useful for people who play music or watch videos without headphones.

We’ve yet to find out how big the battery is, but Apple says the new iPad mini (2021) will offer “10 hours of surﬁng the web on Wi‑Fi or watching video”, which is pretty vague. It’s unlikely that we’ll know much about what the battery can do until we try out the new tablet, but we do know charging is 20W using the USB-C port.

The new iPad mini will come running iPadOS 15 software, which is Apple’s iPad-centric spin on iOS 15.

Apple has confirmed that the Apple Pencil 2 will work with this tablet – the iPad Air and Pro are also compatible with this stylus, which clips to the side of the tablet for wireless charging.

The new iPad mini has a 12MP rear camera with an f/1.8 aperture, True Tone flash and smart HDR features. This also shoots 4K video at up to 60fps if, for whatever reason, you want to shoot this high-res video using a tablet.

The big camera upgrades come on the front, where there’s a 12MP ultra-wide camera with a 122-degree field of view. The new mini also gets the Center Stage feature from iPad Pro 2021, with the camera tracking you to keep you in the frame when you’re on a video call.