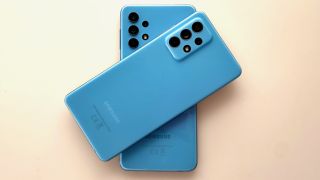 Samsung had hitherto put the much-touted 108MP camera only in its top-end flagship Galaxy S series. It started with Galaxy S20. Then the Note series too got that privilege. The Galaxy S21 ultra, launched early this year, had it. The impending Galaxy S22 will also come with it. Now, as it happens, Samsung is mulling a plan to have the high-spec camera in its mid-range phone. But this development was not wholly unexpected.

As per a report in the Korean tech tracking site, The Elec, Samsung is likely to equip the Galaxy A73 with the 108MP camera next year. The camera will also have optical image stabilization (OIS) capability.

If indeed this turns out to be true, this could be huge for mid-rangers, and become a game-changer in the segment.

It may be recalled that Samsung had earlier this year introduced a 108-megapixel (MP) mobile image sensor, the Samsung ISOCELL HM3, that can capture sharper and more vivid images in ultra-high resolution with faster auto-focus and extended dynamic range.

Samsung takes on brands like Xiaomi with its aggressive move

For the record, the previous iteration in the series, the Galaxy A72, came with a 64MP camera with OIS. The Galaxy A72 had a quad-camera setup on its back, which included the 64MP main camera, 12MP ultra-wide, 8MP telephoto and 5MP macro camera. It also came with a 32MP front camera.

The Elec report said that Samsung will likely procure the 108MP camera module for the Galaxy A73 series either from Mcnex and Samsung Electro-Mechanics.

Samsung is said to be adding muscle to its mid-range phones to take on the aggressive Chinese brands, especially Xiaomi, whose spectacular rise in recent years has impacted Samsung the most. And of course the challenge from Apple is also there for Samsung.

The Elec pointed out that Samsung needed to recover its unit sales of the Galaxy A series, which suffered this year from the shortage of application processors.

Samsung is also expected to put the OIS tech on A73’s 108 MP camera too. OIS, or Optical Image Stabilization, is the tech that physically moves the camera lens or sensor to compensate for unintentional camera movement.

So far, optical image stabilization has been limited to a handful of devices including the Galaxy S and Note series.