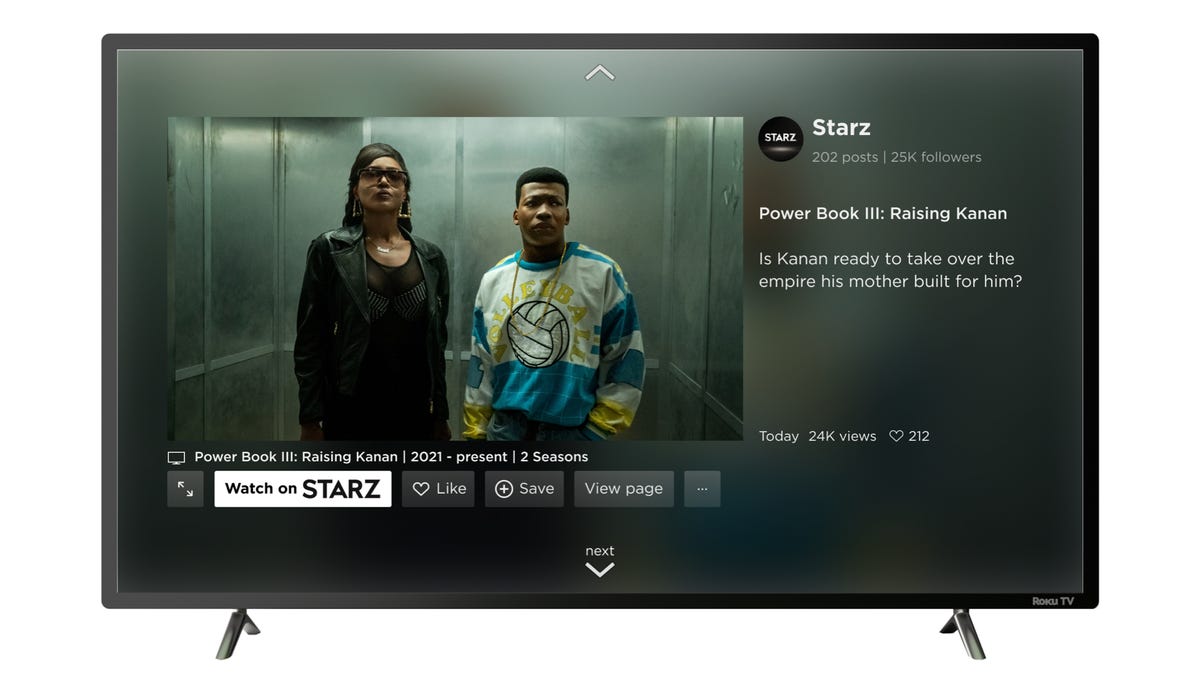 Roku owners, get ready to check out some new features. The company’s newest free software upgrade, version 11.5, is rolling out to Roku TVs and Roku streaming players “in the coming months,” according to Roku. It brings a few new extras without upsetting the company’s familiar, app-based menus.

The company makes some of CNET’s favorite streaming devices and TVs, which we’ve lauded for their simplicity and affordability. The $40 Roku Express 4K Plus is our favorite streaming device overall, for example. Another thing we like about Roku is the company’s regular cadence of free software upgrades, which have added features such as password dictation and photo screensavers to existing devices.

Potentially the most useful feature in 11.5 is Continue Watching, which allows you to resume TV shows and movies where you left off. It works with HBO Max, Netflix, Paramount Plus and The Roku Channel to start, with additional streaming services coming later.

Most apps, including Netflix, HBO Max and others, already offer similar functionality with the apps themselves, while Roku’s biggest competitors, Fire TV, Google TV and Apple TV, also feature Continue Watching prominently on their home pages. Roku’s version is more difficult to find, however, because it’s buried in the What to Watch section one level down from Roku’s main home page.

Another new addition to the What to Watch section is a Save List, which lets you mark content you want to watch later.

Roku is also adding a new section to its home page menu entitled The Buzz, which seems like a mashup of social media and entertainment. The streamer bills it as a “frequently updated collection of posts” featuring clips, trailers and interviews that users can “like,” save to watch later, or start streaming. Launch partners include AMC Plus, Apple TV Plus, Showtime, Starz and more.

The voice feature on Roku devices will get a small upgrade too. When multiple apps qualify for a voice search result, a prompt appears showing them all and you can specify “the second one,” for example, to launch it. The Live channel guide is also adding categories including Recents, Favorites and Subscribed, as well as genres, but it doesn’t integrate with live TV streaming services like Sling TV or YouTube TV.

Bluetooth, but only for Roku Ultra and soundbars

One of Roku’s most popular features is private listening, which allows you to stream the audio from your TV directly to the Roku app on your mobile phone, skipping your TV’s speakers entirely. It also works with certain Roku remotes, for example the Voice Remote Pro, which allow you to connect wired headphones.

The new software update lets you pair your own Bluetooth devices, including Bluetooth wireless headphones, directly to compatible Roku devices. The catch? It only works with Roku Ultra and Roku soundbars, namely the Streambar and Streambar Pro. It won’t work with other Roku devices, such as the cheaper Streaming Stick 4K, or with Roku TVs.

It’s worth noting that Roku’s competitors have offered this feature for years. That includes most Fire TV devices, from the budget Fire TV Stick Lite on up, the Chromecast with Google TV, as well as numerous smart TVs running those systems and others (including Vizio, LG and Samsung).

In addition to the software update, Roku separately announced two new hardware devices. There’s a (mildly) refreshed version of the $30 Roku Express and a $130 subwoofer called the Roku Wireless Bass that works with the company’s soundbars and speakers.