This Long-Lost iPhone Setting Will Make a Comeback in iOS 16 Apple nixed its much-loved battery feature five years ago, and it's finally returning soon. 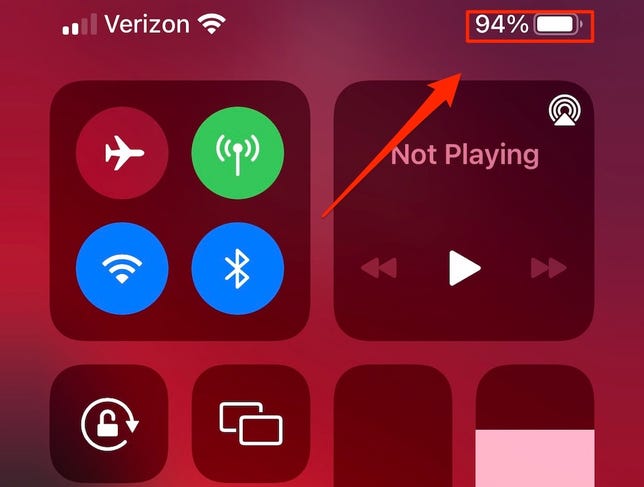 With the release of Apple’s latest software update, iOS 16, any day now, you can expect the return of an old feature, in addition to several new ones. You’ll once again be able to check out your iPhone’s battery percentage in the status bar — from anywhere on your device. You can follow along to learn more about iOS 16 and the iPhone 14 at Apple’s event on Wednesday.

After the release of the iPhone X, which introduced the notch — the black bar at the top of your device that houses a speaker and camera — there wasn’t enough screen real estate left to keep the battery percentage up there, so Apple nixed the feature from iOS.

Read more: The Fastest Way to Charge Your iPhone if You’re Low on Time

Thankfully, the latest developer beta (5th) and public beta (3rd) releases of iOS 16 reintroduce the battery percentage number back in the status bar, inside of the existing battery icon. Here’s what you need to know about the new feature.

And if you want to get your hands on iOS 16 right now, here’s how to download the third public beta, which features the new battery percentage feature. The fifth developer beta also has the feature, but we don’t quite recommend downloading it, unless you’re an Apple developer.

To view your battery percentage in the status bar on iOS 16, all you need to do is be on the latest iOS 16 public beta (3rd) or developer beta (5th).

Once you update, you should see the percentage in the battery icon in the top-right corner of your screen — from anywhere on your iPhone. That way you can keep a close eye on when your iPhone is topped off or close to running out of battery, and when you should starting charging it.

Unfortunately, the battery percentage option is not available on all iPhone models — for now, it’s not on the iPhone XR, iPhone 11, iPhone 12 Mini and iPhone 13 Mini.