What time will iOS 15 land on your iPhone? 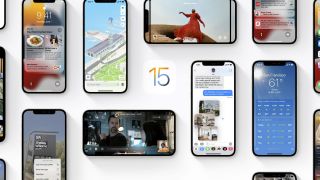 While Apple confirmed that September 20 will see iOS 15 land on your iPhone, just in time for the iPhone 13 and iPhone 13 Pro later this week, the timing of it hasn’t been confirmed.

iOS 14 was released just a day after the event in 2020 when the iPhone 12 series was announced, bringing a rush for developers to update and submit their apps so they were ready for the new update.

This time Apple has given developers six days to prepare, so developers can take advantage of what iOS 15 brings.

From previous releases, we’ve come up with a rough estimate for when iOS 15 may release. In the meantime, make sure that your device is backed up with enough free space for the update once it arrives later today.

Previous iOS major updates have usually appeared at 6PM BST / 9AM EST / 3AM AEST on release day. That was the case for both iOS 13 and iOS 14.

Apple wants to make sure that eligible iPhone devices are updated for iOS 15, so that if anyone is deciding to upgrade to the latest iPhone they can transfer data across from one device to the next.

Transferring data between devices requires both iPhones to be on the same version of iOS, and as the latest iPhones ship with the newest iOS versions it’s important to make sure that your old iPhone is ready to go.

You can check if it’s available around this time by going to Settings > General > Software Update and seeing if iOS 15 is ready to download to your iPhone.

What about iPadOS 15 and watchOS 8?

But it doesn’t stop with iOS 15 today, with iPadOS 15 and watchOS 8 also seeing releases at a similar time. These should also arrive at the same time of 6PM BST / 9AM EST / 3AM AEST.

If you can wait, a notification will eventually appear on your device recommending you to update to the latest version.

Download speeds may be slower than usual once these updates are available, so it may be best to wait an hour before you hit update.

Back to Mobile Cell Phones
Price

Any Price
Showing 2 of 2 deals
Filters☰