Where to watch Succession: Stream every season online 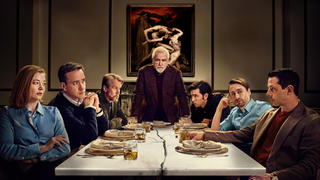 Succession is an Emmy-award-winning dark comedic drama centering on the mega-wealthy Roy family. They own a giant media empire, but their dysfunctional family struggles threaten to tear the company apart. Vying for control of the company’s future are patriarch Logan Roy, whose health may be in decline, and his children: recovering addict Kendall, political strategist Siobhan, and immature youngest son Roman. Find out where to catch up and watch Succession online so far right here.

Succession’s first two seasons have been a huge hit, with critics praising the nuanced writing and the balance of comedy and drama and with audiences eagerly tuning in week after week for the dramatic storylines.

If you can’t resist a dark comedy and love a cast of terrible but fun-to-watch characters, you will want to watch Succession. The second season won the Emmy award for Outstanding Drama Series, as well as Best Actor for Jeremy Strong as Kendall Roy and Outstanding Writing for a Drama Series for the season two finale.

In this guide, we tell you where to watch Succession in the US on HBO Max and how to stream the show in the UK, Australia, and Canada.

Where to watch Succession online in the US

HBO Max has the streaming rights to the show in the US because Succession is an HBO original series.

With an HBO Max subscription, you have access to tons of great shows and movies. If you like Succession, you may also like Veep, another dark satire with a strong comedic bite. Also available to stream on HBO Max are HBO originals like I’ll Be Gone In The Dark, hit movies like Zack Snyder’s Justice League, and HBO Max original series like Generation.

HBO Max is available on all major streaming platforms, including Apple TV, Chromecast, Roku, Amazon Fire TV, Playstation 4, Xbox One, and iOS or Android smartphones and tablets. You can also watch HBO Max on your computer’s web browser.

If you have an Amazon Prime account with an add-on HBO subscription, you can also stream Succession on Amazon Prime Video. Or, you can purchase Succession for VOD streaming in the US from Google Play, iTunes, Vudu, Amazon, FandangoNow, or Microsoft.

Where to watch Succession online in the UK

If you don’t have Sky TV or NOW, UK viewers can purchase Succession for on-demand viewing. It is available from iTunes, Google Play, Sky Store, or Chili.

Where to stream Succession and watch every season online in Canada

Canadian viewers also have the ability to stream all episodes of Succession. It is available right now on Crave, which is currently offering new subscribers their first seven days for free.

If you prefer video on demand, Succession is also available to purchase in Canada from iTunes, Google Play, or Microsoft.

Where to watch Succession: stream every season online in Australia

If you prefer to buy seasons of Succession, all episodes are available on demand in Australia from iTunes, Google Play, Microsoft, Telstra TV, or Fetch.