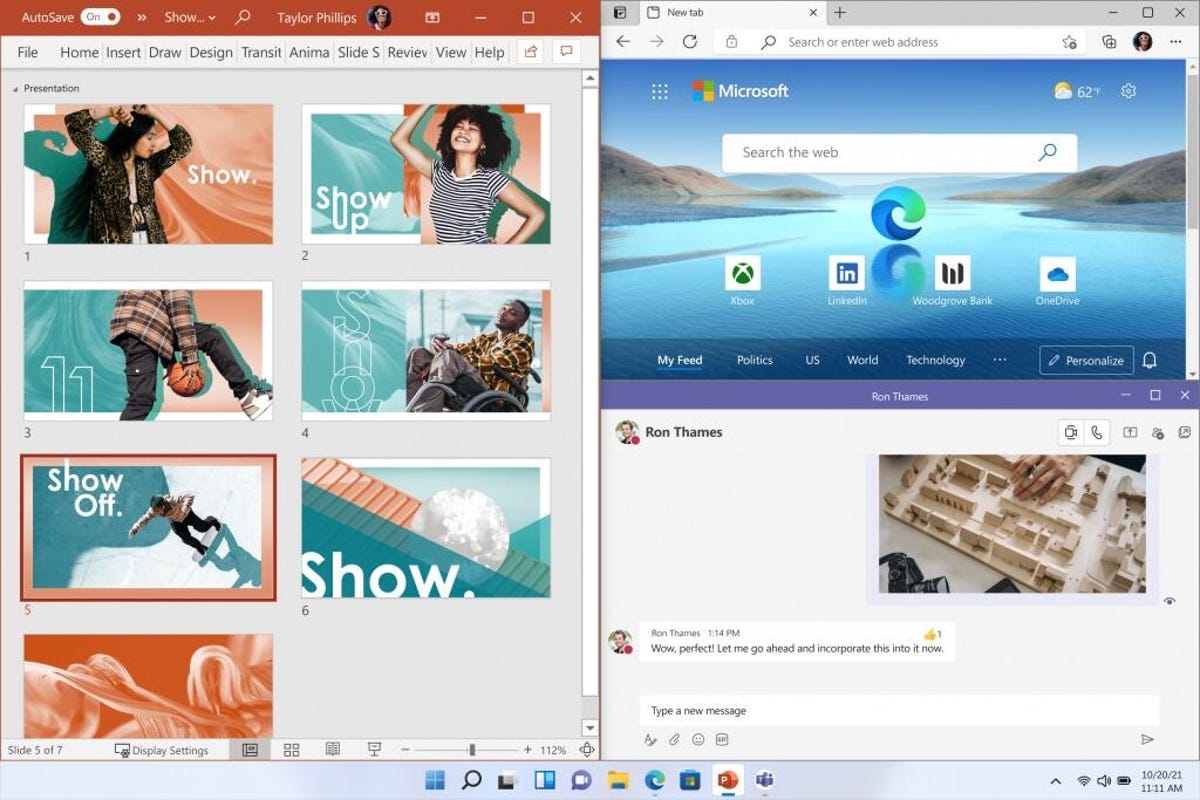 Microsoft released its first major update for the PC operating system on Tuesday. Here’s what you’ll be able to check out:

The Windows 11 update makes your PC easier to use

The new Windows 11 update adds a faster, more accurate search to the Start menu, Quick Settings, as well as better local and current events coverage on your Widgets board. In October, Windows 11 will get a long-requested feature — tabs in File Explorer.

Windows 11 launched with features geared towards multitaskers and users who wanted more organization. With this new update, Snap Layouts, which neatly arrange open Windows on your desktop, are more versatile with improved touch navigation and the ability to snap multiple browser tabs in Microsoft Edge.

To minimize distractions, the update introduces Focus sessions and a Do Not Disturb mode to minimize distractions. According to Microsoft, when you start a new Focus session, Windows automatically turns on Do Not Disturb. This silences notifications, turns off taskbar badges and app notifications in our task bar. Focus also improves the Clock App with timers to help you focus and remember to take breaks.

Voice access, still in preview, improves on already existing voice commands by allowing you to control your PC and author text vocally. The first time you use voice access, you’ll go through an interactive tutorial on completing common tasks with your voice. The tool also provides real-time feedback if it doesn’t recognize a word.

Smart App Control should give you more confidence when downloading apps on Windows 11, according to Microsoft. The tool blocks untrusted or unsigned apps, script files and potentially malicious macros from invading your machine. Essentially, the tool predicts the safety of an app in real-time. The feature, built on the same AI used in Windows Defender Application Control, is available for personal use or business use.

Microsoft Defender SmartScreen can now identify when you’re entering your Microsoft credentials on a malicious app or hacked website, and send an alert.

The update also enables Hypervisor-protected code integrity, or HVCI, and the Microsoft vulnerable driver block list by default on all new Windows 11 devices. Microsoft has also enhanced identity protection and simplified password management in the update.

At launch, Windows 11 made Microsoft Teams more accessible. The latest update introduces Windows Studio Effects, which can improve audio and video calls. The new Windows Studio camera uses Voice Focus to filter out background noise, a background blurring tool, Eye Contact, for making it look like you’re always looking at the camera, as well as Automatic Framing that keeps the camera with you as you move.

The Windows 11 update makes accessing games easier with the new Controller bar. This also provides an updated view of the Xbox Game Bar for quicker access to recently played games and launchers. According to Microsoft, the update will also boost gaming performance optimizations that improve latency and unlock Auto HDR and Variable Refresh.

When Windows 11 launched, the new OS’ partnership with Amazon brought Android apps to Windows PCs. This update expands the Amazon App Store preview and raises its total count of Android apps and games to 20,000.

The latest Windows 11 update aims to make it easier to reduce your device’s carbon emissions. For example, when devices are plugged in, turned on, connected to the internet and if regional carbon intensity data is available, Windows will schedule updates at points in the day that may result in lower carbon emissions. Microsoft said that it also tweaked the default power setting for Sleep and Screen off to help reduce emissions when PCs are idle.

For more Windows 11 information, check out how the latest OS differs from Windows 10 and how to download Windows 11.