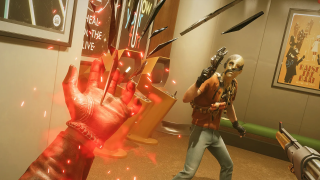 Nvidia has announced that its latest Game Ready Driver brings support for Deathloop in Windows 11, along with some other top games which are imminent (like Far Cry 6), while also noting that it has exceeded a milestone in terms of bringing DLSS to over 100 titles.

So, aside from the excellent Deathloop getting support in Windows 11, a number of high-profile games which are about to come out are also now covered by the new driver, including Diablo II: Resurrected (which emerges on September 23), Alan Wake Remastered (set for an October 5 release) and Far Cry 6 (October 7).

Both Industria and Alan Wake Remastered benefit from DLSS, with the latter no less than doubling performance at 4K resolution according to Nvidia’s own testing. The company notes that any of its GeForce RTX graphics cards can achieve over a smooth 60 frames per second at 4K with graphics settings maxed out in Alan Wake Remastered, in fact.

Speaking of DLSS, Nvidia also revealed that it has added support for this frame rate boosting technology to a further 28 games, which means in total there are now in excess of 100 games out there which benefit from DLSS.

A further announcement came with the news that Nvidia Reflex is set to come to Deathloop later this month, as well as Splitgate (a freebie multiplayer online shooter). Latency reductions of up to 50% are promised with both these games, meaning that when you press the mouse button to fire, that action will be translated just that little bit faster to it happening in-game – and as we know, milliseconds can be the difference between life and death in a shooter.

Growing numbers of games have now received DLSS support, and given how good this frame rate boosting tech is, it’s great to see a major leap in adoption happen, with the 100+ milestone being broken in terms of supported games.

Why the sudden jump? As Nvidia explains, the driving force of this swift acceleration for DLSS is the Unreal Engine 4 DLSS plugin, with the new games now supporting the tech being based on that engine.

This plugin makes it a much swifter (and easier) process to bring DLSS to any given game, so we can likely expect this trend to continue, with more indie game devs taking advantage of the plugin for their Unreal Engine 4 titles.

That’s good news on the DLSS front for sure, and the continued additional support for Reflex doubles down on the goodness for the optimal play experience when partaking of shooters, of course.