WNBA Playoffs 2022: How to Watch Game 3 of Sun vs. Wings Tonight There's only one spot left in the semifinal round of the WNBA playoffs and two teams will fight for it tonight on ESPN. 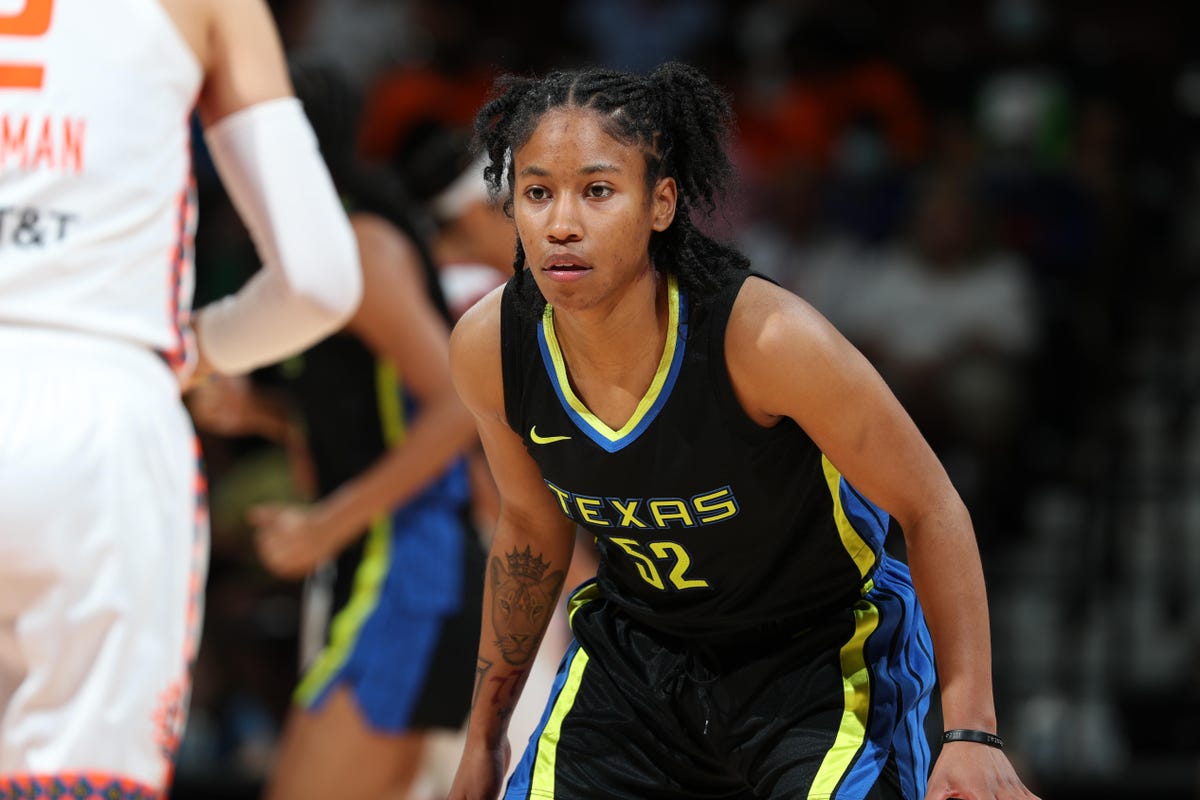 The 2022 WNBA playoffs are in full swing as the best women basketball players on the planet battle for the championship. The Las Vegas Aces eliminated the Phoenix Mercury in decisive fashion on Saturday, winning their second game thanks to strong play by Chelsea Gray, Kelsey Plum and A’Ja Wilson.

The Mercury entered the playoffs shorthanded. Star center Brittney Griner remains imprisoned in Russia after being sentenced to nine years in a penal colony on drug-smuggling charges. Griner has appealed her conviction, while talks of a prisoner swap are ongoing.

Meanwhile, Seattle Storm legend Sue Bird became the oldest player to record a WNBA playoff double-double at 41, as the Storm swept the Washington Mystics. The Aces and the Storm will meet in the semifinals of the WNBA playoffs beginning on Sunday.

Just one game remains in the first round. Tonight, Brionna Jones and the Connecticut Sun look to close out the Dallas Wings. Wings superstar Arike Ogunbowale should be back in the lineup after missing the first two games of the series due to an injury. The winner of Game 3 will face Kahleah Copper and the Chicago Sky in the semifinals on Sunday. Tonight’s deciding Game 3 airs at 9 p.m. ET (6 p.m. PT) on ESPN.

Those looking to follow the drama will need access to ABC, ESPN, ESPN 2 and ESPNU to watch every game. We’ve broken down everything you need to know in order to stream the WNBA playoffs live without cable.

What does the first round of the playoffs look like?

In a change from previous seasons, all teams will play in a best-of-three first round matchup. The winners will then move on to a best-of-five semifinal, followed by a best-of-five WNBA Final.

Here’s the remaining first round schedule, with the time in ET:

The remaining games in the 2022 WNBA playoffs will air on the Disney family of networks, namely ABC, ESPN, ESPN 2. To catch every second on the basketball action, cord-cutters will need to subscribe to a live TV streaming service. Here’s how they break down.

You can catch the WNBA playoffs with a subscription to YouTube TV, our favorite live TV streaming service. ABC, ESPN and ESPN 2 are all included in the package, which means you’ll have all the channels you need in order to watch every second of the action.

Sling TV’s $35 Orange plan might be a good choice for casual WNBA fans who don’t need to watch every game. This plan is one of the cheapest ways to get access to ESPN and ESPN 2. Sling TV lacks ABC, which could be a problem for fans hoping to catch some of the biggest games.

DirecTV Stream’s base $70-a-month Plus package includes ESPN, ESPN 2 and ABC. You can use its channel lookup tool to see which local channels are available in your area.