Xiaomi could unveil the Redmi Note 4 in India by January 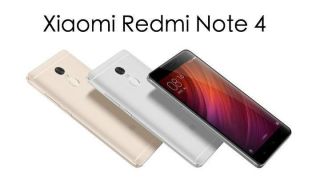 As per a new report, Xiaomi will bring the Redmi Note 4 to the Indian shores by January 2017. The smartphone has already sold pretty well in China, and it was only a matter of time before the company brought the handset to India.

Since the company sells the smartphone in multiple storage combinations, there’s no telling which model(s) it will bring to the country. But since Xiaomi usually doesn’t launch the high-end “Pro” variants in the region, it’s safe to assume that the handset will max out at 3/4GB of RAM and 16/32GB of storage. But with that being said, we wouldn’t be surprised if the company takes a slightly different approach this time around.

The Redmi Note 3 has been immensely popular in India, making it one of the top selling smartphones of the country. Keeping this in mind, Xiaomi would expect similar results from the successor as well.

Strangely, the Redmi Note 4 was launched in China way back in August. Considering how well the Redmi Note 3 was performing in the country, the company probably didn’t want to dampen its momentum.