With your ever-growing collection of electronic devices, perhaps it seems your home never has enough power outlets. Power strips and their more elaborate siblings, surge protectors, offer an easy solution: one plug in the wall, many outlets for your devices. But wait! There’s more to these simple-seeming products than meets the eye.

To start, did you know that power strips and surge protectors aren’t the same thing? And that even within those two categories, not all are created equal. There are a wide range of prices and features to consider. Many come with questionable marketing promises, too, so it’s hard to figure out what’s worth the money and what’s nonsense.

Adding additional AC outlets and USB charging ports is incredibly useful, and often vital. Don’t waste money on the wrong one, however. Here’s everything you need to know about power strips and surge protectors.

Before we dive in, check out what makes a good surge protector for a bit of background. This article is the updated successor to that one and covers the basics if that’s all you need. Also, we’ve got tips on hiding TV wires and products that help cut cord clutter. Plus, quick tweaks that will enhance your home theater setup.

Typically, power strips are cheap, multioutlet products that are merely an expansion of a wall outlet. They’re usually small and thin, sometimes fitting directly onto the outlet itself. They usually have a circuit breaker (on/off switch) of some sort, but most don’t offer any real “protection” from electrical issues. Some might have the barest level of protection, but they’re all pretty much just like plugging into the wall directly.

Surge protectors are relatively cheap too, but unlike power strips they offer some level of protection. As their name suggests, surge protectors protect your products from power surges at the expense of itself. But more on that in a moment. How much they do this, and how well varies considerably. They’re usually a bit more elaborate, and often bigger, than a simple power strip, though not always.

So what’s a power surge? It’s extra power coming into your house. This could be do to an issue with the power lines in your area, or more commonly, nearby lightning. This additional power can damage your electronic equipment, either all at ones or little bit by little bit over time.

2. Joules are a measure of protection

Surge protectors offer protection in units called joules. Generally, the more joules the better, as this means the device can handle one large surge, or multiple smaller surges, before your gear is in danger. Over time, the parts inside the protector wear down, reducing its effectiveness.

Unfortunately, there’s no way to know how much protection a device has left, or if the initial rating is even accurate. Buying from a reputable company, and one that includes a warranty, is a good idea.

3. Some come with a warranty on your stuff

Some surge protectors offer a warranty (up to a certain amount) on the gear connected to the protector. For example, in the US, certain Belkin models have up to $300,000 in connected equipment warranty, and states: “Belkin Components will repair or replace, at its option, any equipment which is damaged by a transient voltage surge/spike or lightning strike, (an “Occurrence”), while properly connected through a Belkin Surge Protector to a properly wired AC power line with protective ground.”

You’ll probably never need it, but it certainly doesn’t hurt to have it. Keep in mind, however, that just because the warranty exists doesn’t mean you’ll ever see a dime from it. Note in that Belkin quote the term “at its option.” That means they’ll come up with any reason not to cover your claim. So don’t use this as a replacement for home or renter’s insurance.

4. Why you probably don’t need a power ‘conditioner’

There are a number of products on the market that claim to “condition” the power from the wall, promising improved performance in your gear.

Here’s the dirty little secret: Your gear already does this. All electronics have a power supply that takes the incoming wall current (120 volts in the US), filters it for noise and converts it into whatever the device needs. Almost nothing actually runs on 120 volts (or alternating current, for that matter), so unless you’ve got some really wacky (or cheap) gear, and live in an area with bizarrely inadequate power, a power conditioner isn’t something you need.

5. Always get more outlets than you need right now

You’re always going to need more outlets. You’ll undoubtedly add more gear, without necessarily getting rid of your current gear. I’m not saying that if you think you need four outlets, you should get 12 — but at least six is probably a good investment.

Ideally, you don’t want your surge protector to look like the image above.

6. Get one with enough spacing for big plugs

Most modern devices use “wall warts” — plugs that convert AC power into DC power and look like little boxes with electrical prongs sticking out. Consider getting a surge protector with wider spacing between sockets, or sockets that can be rotated or moved, to accommodate chunky plugs.

Note how the APC example in the image above has several close-spaced outlets, for small plugs, and six wide-spaced ones for wall warts.

7. Power spikes can come to phone or cable lines, too

If you want total protection, consider that phone and cable lines can carry power spikes, too. Some surge protectors have connectors for these as well.

8. USB is great, but check the amps

Many surge protectors come with USB connections, so you can charge your mobile devices without having to use their wall warts. Handy, for sure, but check what the output amp rating is. Generally, this is either 1 or 2 amps (often labeled 1A or 2A). This is how much flow you can get through the pipe, so to speak. You’ll want at least 2 amps for quicker charging.

Most modern phones have the ability to fast-charge, but you’ll need to use their wall warts for that. If you don’t need to quickly charge them, though, these lower power ports will work just fine.

9. Traveling? Get a portable power strip

While not offering much protection, a portable power strip might prevent marital friction, and/or invoke bliss from travel companions. Most hotels and hostels have few accessible outlets, yet everyone has multiple devices that need recharging. Most portable power strips add two to three additional outlets, plus offer direct USB charging (see No. 8, above).

Remember the joule rating we discussed earlier? This is just the initial rating. This gets lower over time. In other words, surge protectors wear out. Some will give you a warning or shut off when their protection drops below a safe level. Many will just keep working, without protection, and you won’t know it until a power spike damages your gear. If you know you’ve had a serious electrical event (like lightning blew out a transformer down the street), it’s probably worth replacing your surge protector just in case.

Most companies that sell surge protectors say they need to be replaced every three to five years. Sure, they’re motivated to have you buy them more often, but with many models under $50, this isn’t an extreme cost.

There is no reason not to get a surge protector over a simple power strip. If you live in an area with lots of thunderstorms, your gear is probably more likely to experience power surges. Even if you live in the desert, your AC or refrigerator could kick power spikes back down the lines to your AV gear. Either way, some extra protection for your gear is absolutely worth the small difference in price between simple power strips and surge protectors.

One thing that’s beyond the scope of this article, but worth mentioning, are UPSs, or uninterruptible power supplies. These are like surge protectors, but have built-in batteries so the device never loses power. At least, not until the battery runs down. They’re not crucial for most people and most equipment, but if there’s something in your house that would cause serious issues if it lost power (CPAP machines, perhaps), they’re worth looking into. Just make sure they fit your specific needs.

Or to put it all simply: Since most surge protectors are cheap, they’re worth getting (and regularly replacing) just in case.

As well as covering TV and other display tech, Geoff does photo tours of cool museums and locations around the world, including nuclear submarines, massive aircraft carriers, medieval castles, epic 10,000 mile road trips, and more. Check out Tech Treks for all his tours and adventures. 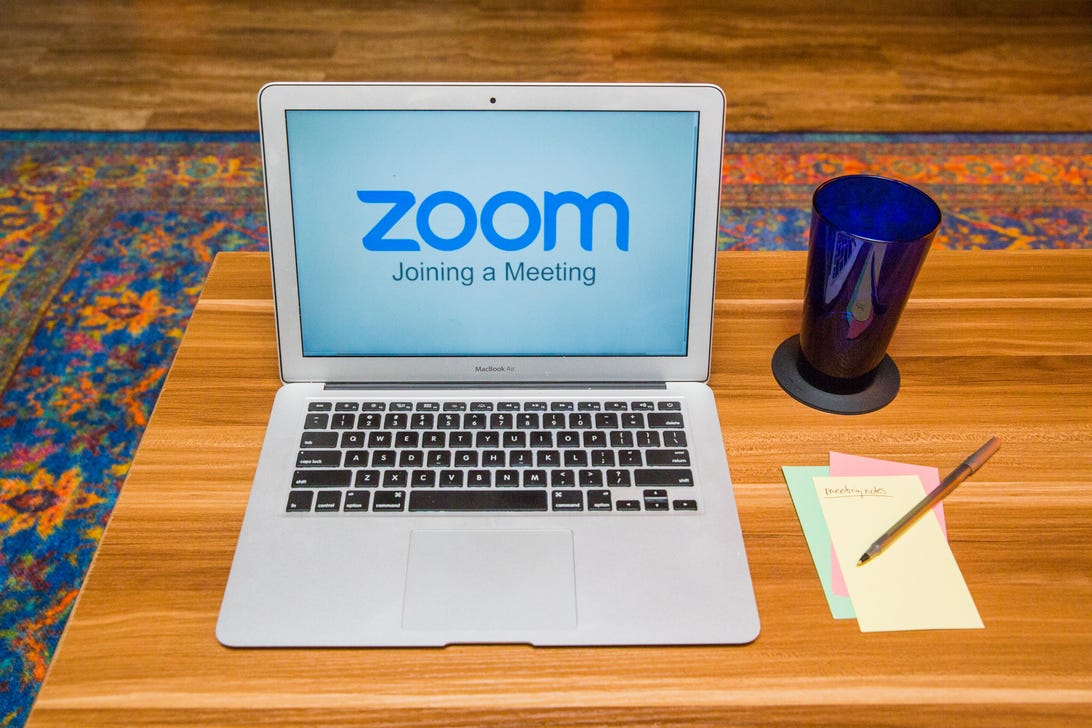 20 Ways to Upgrade Your Zoom Calls