As the September 14 Apple event, announced the iPhone 13, it also confirmed the release date for iOS 15, which lands today alongside its other software.

However, iOS 15 has seen some changes since its unveiling at WWDC. Safari has seen its new redesign mostly reverted back to iOS 14, and other features such as SharePlay and Universal Control now scheduled for a later release.

But this doesn’t mean that iOS 15 is a release to avoid – it’s certainly the opposite, with better privacy settings, a new weather app, and much more.

With this in mind, we’ve rounded up the five best features of iOS 15 that you’ll likely wonder how you managed without them.

A new look for Safari

This is a redesign that’s seen many variants since its announcement back at WWDC. While its user interface saw some huge changes, strong user feedback resulted in a final redesign that’s a mix of what came before, and what’s been refined in the months since WWDC.

By default, the address bar will be located at the bottom, making it much easier to reach with your thumb, while swiping to the left or right on the address bar will switch between any open tabs. But you can switch it back to its original position if you want Safari to look the same as it always has.

There’s also a new home screen that you can set a wallpaper to, which can also show any open tabs on your other Apple devices thanks to iCloud, alongside any suggestions of websites to check.

Tabs also see an improvement in Safari for iOS 15. Tab Groups can open up a collection of your favorite websites at once so you can check up on the latest news, without having to separately open a tab and navigate to the website. These are also synced across your Apple devices, similar to how individual tabs are synced, so you can open the same groups on your iPad.

Using Focus for your workflow

Sometimes you may be at work or busy attending an event where you don’t want certain notifications to make you aware of something. This is where Focus redesigns how apps can let you know when you want them to. You can set up different Focus moments, so if you arrive in a certain location, or you open a certain app, the right Focus will be enabled, allowing you to read or complete a project in a curated way.

This feature also applies to Messages, so if someone sends you a picture for example, it will be delivered to your device, but not as a notification. Focus will let the recipient know that you’re busy, but they can bypass this to deliver it with a notification if it’s urgent. These Focus settings also apply to your other Apple devices, so any notifications will also be muted at certain times of the day if needed.

You can also set Focus to change your home screen when a certain scenario has been enabled. This can bring other apps to the forefront that you’ll most likely use for that period of time.

Copy text from a photo with LiveText

You may be on vacation and will want to visit a restaurant, but it’s in a language you don’t understand. By taking a photo of this in iOS 15, LiveText can tell what’s text in the picture, and can offer to translate it for you.

LiveText is a feature that can apply to all the photos you’ve taken so far, alongside when you’re facing your iPhone to an object in real time.

This is a topic that’s a big focus for Apple, and there’s plenty of new features in iOS 15 that showcase this.

There’s an App Privacy Report that gives you an overview of the installed apps on your iPhone that have used certain hardware features such as the camera or microphone, and whether an app has been trying to use any personal data.

When sending mail in iOS 15, your IP address is hidden, so recipients won’t know if their email has been opened or deleted.

iCloud+ is also a big tentpole for iOS 15, where Hide My Email which allows you to generate a random email alias so you’re protected from spam, similar to the Sign in with Apple feature that appeared in iOS 12.

There’s also a Private Relay feature, which can hide your IP address when browsing in Safari, but this will only be available in beta to try out once iOS 15 is released.

A new day for Weather

After the acquisition of Dark Sky in 2019, the Weather app is seeing a big redesign for iOS 15. There’s now notifications for rain, thunderstorms and snow, alongside new animations for all weather changes on the main screen.

There’s now a second window that can show you much more detail of your current location or other places, from the timing of sunsets and sunrise, to the probability of rain in the next hour.

There’s also maps integrated into the weather app, so you can check the forecast in various locations to see the status of air quality, precipitation and temperature. 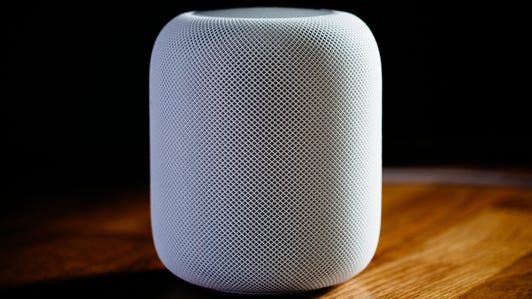 How 5G can save lives by aiding first responders

How to make Alexa, Cortana your Android phone’s assistant