The Google Pixel 6 is almost here, and a combination of rumors and official disclosures has given us plenty to suspect and expect, respectively, about the new handset. But there’s still a handful of things we don’t know – and we’ve listed the 5 Google Pixel 6 things we have left to learn.

It’s not a long wait, to be sure, as Google has officially announced an its Pixel 6 event will be on October 19 to reveal the phones. But we do have time to speculate on what’s coming in the biggest redesign and refresh to the Google Pixel line that we’ve seen in years.

As a refresher, the Google Pixel 6 – in details released by Google itself – will be a premium device with a robust suite of rear cameras (main, ultra-wide, and in the 6 Pro, a telephoto), a wholly new look, and the eagerly-awaited Google-designed Tensor chipset.

Rumors fill in many of the other gaps for the Google Pixel 6 and its pricier Pixel 6 Pro sibling: we’re expecting a 6.4-inch 90Hz flat display and 4,614mAh battery for the standard phone, a 6.7-inch QHD Plus resolution with 120Hz refresh rate display and 5,000mAh battery for the Pro version, and up to 12GB of RAM and 512GB of storage for both.

But that still leaves a lot we don’t know. Here are the 5 Google Pixel 6 things we have left to learn when the stage brightens on October 19.

1. What Tensor will do for photos

When Google teased the Tensor chipset’s capabilities in a blog post, the company rattled off several ways it will improve the phone’s operations – but only said it will run Google’s computational photography models to give the phone a ‘completely revamped camera system.’

Given how central photography is to the Pixel phones’ appeal, we need to know more about how Tensor will change the Pixel line’s photo capabilities.

Will it put Google’s computational photo software into overdrive? Improve night photography? Capture faster and take clearer photos? Have more accurate color correction? Bring more color and light parity between the main, ultra-wide, and telephoto lenses? We’re extremely curious how Google’s in-house chipset will empower its phones’ most desirable feature – or if it won’t help much at all.

2. Whether there will be facial recognition and in-screen fingerprint

While we’ve heard rumors and Android 12 code about an in-screen fingerprint scanner, and even an official Google executive’s nod toward the feature, we don’t know if the Pixel 6 will also have facial recognition – both as an alternative to unlock the phone and as a biometric alternative for authentication.

The Google Pixel 4 relied on facial recognition as its sole biometric, so it’s not crazy to think that the company may double up on authentication methods – but the older phone relied on a suite of 3D mapping sensors, and it’s unclear if the company has developed a method to do that without those sensors given we only see the single camera in a punch-hole on the front of the Pixel 6.

That said, Pixel team product manager Soniya Jobanputra did say back in June 2020 that facial recognition may come back to the Pixel line eventually – perhaps the Pixel 6 is the right time for it.

3. How much the Pro will differ

As we understand it, the Pixel 6 Pro will be a pricier version of the standard Pixel 6, though Google has only confirmed that the former will have an extra camera over the latter to differentiate it. And by ‘confirmed’ we mean ‘released images of both and we can see an extra rear camera,’ so we’re left to speculate.

We’re also expecting a bigger battery in the pricier phone – 5,000mAh over 4,614mAh in the Pixel 6. But what else separates the phones is tough to determine at this time.

4. What the Pixel Pass actually is

One of the weirder and more recent rumors suggests Google will also announce the Pixel Pass, which we expect to be a multi-service bundle much like Apple One. But it may be more than software – a leak suggests that Pixel Pass could also mean users get their hardware upgraded, too.

Per the leak, in addition to bundling extant Google services like Google Premium, GOogle Play Pass, an extended warranty, and perhaps a Google Fi data plan, the Pixel Pass’s monthly subscription cost could also include a yearly phone upgrade component. In other words, subscribers may be able to sign up for a Pixel 6 and then, next year, swap it out for a Google Pixel 7.

That would be a fascinating way for Google to become more of its own carrier-like platform, and expand the reach of the Pixel 6 to folks who wouldn’t ordinarily upgrade to the new phone.

5. Whether Pixel 6 will get more Android features than other phones in future Android upgrades

One of the bigger mysteries surrounding the Tensor chipset and the Pixel 6 as a whole is whether its enhanced capabilities will enable Google to develop new features exclusively for the phone in the next Android updates.

While prior Pixel phones haven’t changed much in hardware to enable these features, we’re very curious how advanced all the Pixel 6’s tech will be over Pixels of old – and whether Google will capitalize on it. 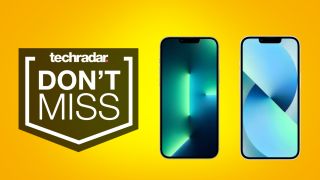 Verizon vs AT&T: who has the best iPhone 13 deal this weekend? Control all the things with the Logitech Harmony 665 universal remote, now just $53