There are a lot of reasons to use a VPN, even if your internet habits aren’t the type to trigger government surveillance. Maybe you want to watch geoblocked sports or avoid run-of-the-mill Wi-Fi snooping. Your privacy concerns count, too.

But VPN tech can be tricky to sort through, and VPN companies may not be inclined to steer you straight. That’s prompted members of Congress to call for an investigation of that whole industry. CNET’s Rae Hodge gets into all that, and she has a request as well: “I am also calling for VPN reviewers to do better at investigating the VPNs they review.”

Her article is among the many in-depth features and thought-provoking commentaries that appeared on CNET this week. So here you go. These are the stories you don’t want to miss.

Commentary: Members of Congress are right to ask the FTC to investigate the VPN industry.

A real secret war is taking place behind the scenes with overworked, underpaid and underappreciated visual effects artists.

Risky Business: Parents, Beware When You Make Your Kids Into Influencers

Kids are being exploited online every day — sometimes at the hands of their parents.

These halos from the early universe could lead to a new era of cosmology.

Social Media and Chronic Illness: An Impact That Transcends a Screen

Online interaction has played an instrumental role in chronic illness awareness and advocacy. Here’s how people are using social media platforms to make a difference.

How NASA’s Mars Rover, and a Mohawk, Changed My Life

Curiosity touched down on Mars a decade ago, setting a new course for human exploration — and my career.

Finally, Somebody Made a Great Show About Lego

The charming Australian version of Lego Masters improves on the US show in every conceivable way, and it’s free on Tubi. Get this AirPods rival, the Jabra Elite 65t wireless earbuds, for just $50 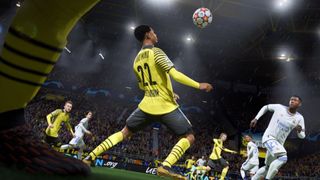