Amazon Astro is many devices in one. The rolling home robot’s cameras bring the company’s Ring security features inside the house for Ring Protect Pro subscribers. Its microphones allow the popular Alexa voice assistant to move with you throughout your day. The robot’s face doubles as an internet-connected tablet, enabling video calls.

Astro’s killer app, however, might be its ability to stir an emotional connection with users. The puppy-shaped robot is deliberately cute, rather than sleek and cool. Its face, with endearing animated eyes, swivels as it looks for you to deliver reminders from loved ones. It hauls snacks to the people in your home. It even dances when asked.

Sure, Astro has practical uses. It can patrol your home, or let you check out a disquieting sound by rolling over and raising a mast-mounted camera. Those functions, though, pale compared with its adorable presence. It’s the cuddle factor that sells Astro, not its ability to scan the faces of visitors to your home.

We know robots aren’t alive. Still, we can’t resist treating them like living creatures, despite the mechanical whirring that proves they’re only wires, plastic and glass. We develop bonds with them, roboticists have found, because they move and respond to us, prompting us to instinctively treat them as part of our families. When companies end support for them, we grieve for defunct robots in a way we wouldn’t for a malfunctioning Echo puck or a Siri slab. (People have held funerals for Aibo robot dogs.)

“We’ve realized it’s actually that social relationship that’s the fun part,” said Kate Darling, a robotics expert at the MIT Media Lab. “That’s the use case, not the fact that you can order a pizza with it.”

Personal robots aren’t new. Sony debuted Aibo in 1999, and the robot dog is now in its fourth generation. Nursing homes have used a robot seal called Paro to calm elderly patients suffering from loneliness. Jibo, a stationary personal robot with purely social features, debuted in 2017, but Jibo’s maker folded in 2019 and currently faces an unclear future under new ownership.

US homes already host 19 million self-propelled vacuums, among the most advanced personal robots available. Personal robots machines designed to entertain, secure and connect us have yet to take off. Before Astro, the closest may have been Ballie, a conceptual robot Samsung showed off two years that resembles a tennis ball and interfaces with smart devices. As charming as Ballie is, the device hasn’t been released for sale.

Amazon has already bent a handful of markets to its mighty gravity. The e-commerce giant has transformed online shopping, and its Kindle e-reader and Amazon Alexa voice assistant are the benchmarks in their respective categories. Its entry into the personal robot field will likely have an outsize impact on what we expect — and accept — from home robots.

Amazon rolled out Astro at its annual devices and services event in September. It isn’t clear how many Astros have been sold. The robot currently costs $999, and it’s available for purchase only by invitation from Amazon (interested shoppers can request an invite). Once it becomes available for general purchase, the price will go up to $1,450. In an ongoing review of the robot, CNET’S David Priest said Astro’s personality is genuinely fun, but it still isn’t clear if the device is useful or just gimmicky.

The company drew on depictions of robots in science fiction as its plans for Astro came together. But animals were also top of mind, Amazon has said, because of how people responded to a variety of shapes and sizes.

“People really appreciated the smaller, more pet-like form factor we ended up with,” said Anthony Robson, a product lead at Amazon for Astro, adding that a taller robot, “came off as more imposing or intimidating.”

The design decision builds off years of research in the robotics field. Animal-like robots keep peoples’ expectations in check. You don’t, for instance, expect your cat to do the dishes. The use of an animal form also lets Amazon avoid a potentially uncomfortable response from users who might reject a device that looks a little too human but isn’t alive.

A robot pet that knows your secrets

If Astro is like a pet, it’s still a pet that can report on you to family members. Like other robots, Astro will collect data as it generates rapport. Questions about privacy and concerns over potential abuse surround Astro the way they do other data hungry devices.

Even before you can start bonding with Astro, you’ll be prompted to hand Amazon a breathtaking amount of personal information. This includes biometric scans for its visual ID facial recognition feature, a map of your home and data about how you move and where you tend to hang out.

Amazon says most of that data will stay on the device. The face scans won’t be sent to the company, and neither will the data that teaches Astro’s machine learning software how you move through your home.

Other information, like camera recordings and conversations with Astro’s onboard Alexa, will flow over the internet, requiring Amazon to secure it on its own systems. As with any Alexa-enabled device, purchases made through Astro will be paired with your Amazon shopping history, affecting the product recommendations and ads you see on the company’s site.

“At Amazon, customer trust is at the center of everything we do, and is critical to inventing devices and services that help make our customers’ lives better,” Amazon said in a statement.

Astro will almost assuredly enthrall children, who’ll be bewitched by the robot’s cartoonish face and its ability to follow them around when commanded. That’s an area of concern for watchdog groups, because children are more susceptible to suggestions than adults are. Scientists found that a robot could frequently convince children to identify the smaller of two images as the larger, and that kids were more susceptible to this manipulation than adults were.

The robot’s appeal to society’s youngest members means we have to be very watchful about the prompts Astro gives kids, says David Monahan, an advocate at watchdog organization Fairplay for Kids. If Astro is hovering near kids, the robot might prompt them to spend more time engaging with the robot’s voice assistant or screen, which could take away from the time they spend playing creatively in the physical world, he said.

“They’re designing Astro to be a warmer, fuzzier version of Alexa,” Mohan said. “It could be very influential.” 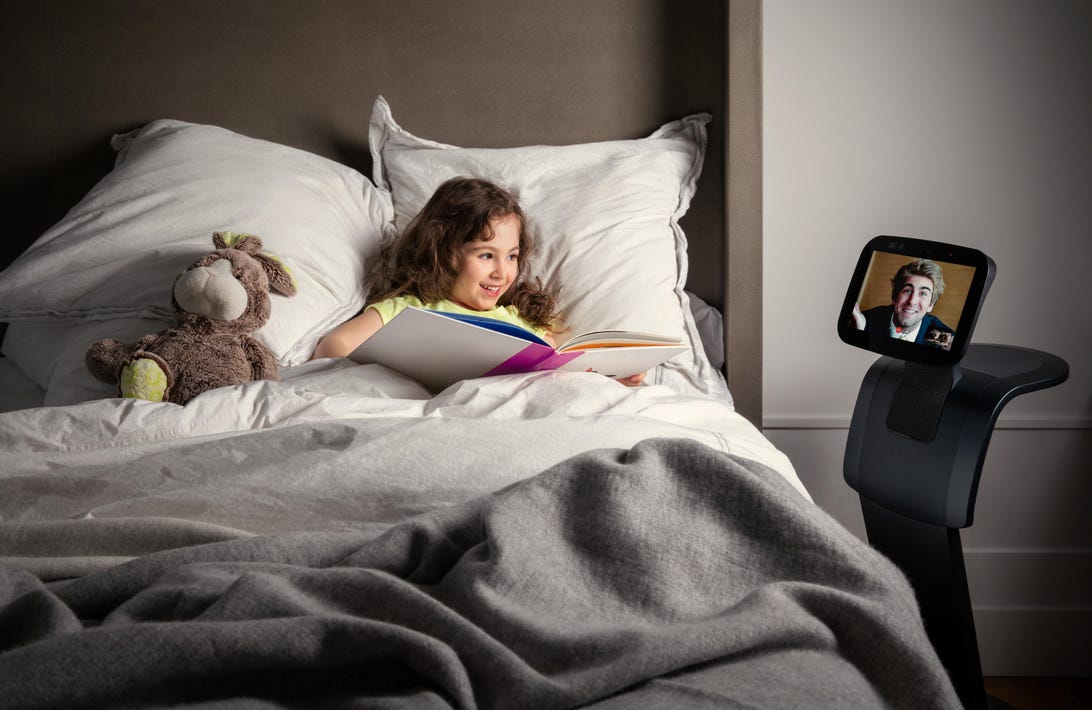 What is AirPlay 2? Everything you need to know about Apple’s media-sharing feature