XFX has officially launched a new RX 6900 XT graphics card which the firm claims is capable of being pushed to 3GHz plus when overclocked, reaching new heights for the performance of this beefy flagship Big Navi GPU, and indeed offering the “highest overclocking potential available today for any Radeon RX GPU”, as the maker observes.

So, this is a high-end 6900 XT running the Navi 21 XTXH GPU and as you might expect, it comes complete with a very serious cooling setup, namely liquid cooling with a custom-designed EK water block.

The maker notes: “The base of the [water block] is CNC-machined out of nickel-plated high-grade copper, while its top is CNC-machined out of glass-like cast Acrylic. The watertight sealing is ensured by high-quality EPDM O-rings, while brass standoffs are already pre-installed and allow for a safe and easy installation procedure.”

The XFX Radeon RX 6900 XT Zero WB (WaterBlock Limited Edition) will come running at defaults of 2,375MHz for the standard game clock speed, with boost to 2,525MHz, but as mentioned, keen overclockers – the target audience of enthusiasts for this card – will be able to crank speeds up to 3GHz and even beyond, according to XFX.

XFX further notes that there’s a 14+2 phase power design with a larger V-Core than AMD’s reference spec to better distribute power across more VRMs, meaning in short more stability and headroom for overclocking.

The card also features fully addressable RGB lighting – well, where would we be without the obligatory ‘go faster’ lights to underline the performance on offer?

Analysis: Serious performance – but what about power usage and price?

This certainly looks like another impressive step forward for the 6900 XT flagship, overtaking the likes of the PowerColor RX 6900 XT Red Devil Ultimate which we saw come out earlier this year, being capable of a 2,850MHz overclock. This new XFX graphics card is unlocked to be pushed past the 3GHz cap which was in place when that PowerColor product was released.

Of course, you’ll need a fair old rig to put this mighty XFX graphics card inside, and it will require 3 x 8-pin power connectors, and in excess of 350W of power consumption when this card has the pedal to the overclocking metal. What isn’t clear is how long boosts of 3GHz or over might be realistically maintained with XFX’s RX 6900 XT Zero WB.

What sort of power supply does your PC need to run this card, then? XFX states a minimum of an 850W PSU, but if you’re serious about overclocking – and let’s face it, surely that’ll be everyone who buys this product – then you’ll need some headroom for stability. Remember, 850W is just the minimum, and XFX actually recommends going for the 1,000W unit if you’re buying a PSU from its own range. So that gives you a better idea of what we’re looking at here: a 1,000W PSU, or maybe more for safety’s sake.

The other consideration here is the pricing, which XFX is still yet to reveal – we should know that imminently, when the card goes on sale, presumably following shortly after this official launch.

Given that this is the fastest Big Navi card on the block (water block even), you can expect to pay a hefty premium on top of the price tag for a ‘bog standard’ 6900 XT (which is already seriously expensive). So, only fat wallets need apply, but that’s hardly a surprise when we’re talking about a liquid cooled top dog offering for a flagship GPU. 5G networks are almost upon us. Will you be an early adopter? 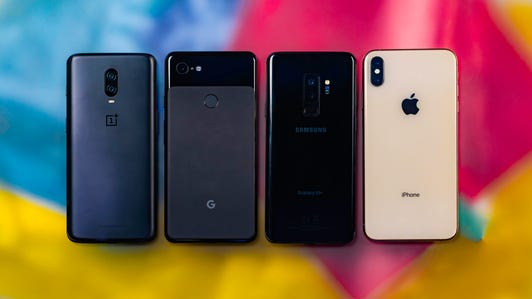