Anker's First 3D Printer Is Up for Preorder and It's Already Impressed Me Fast and accurate, the $799 AnkerMake M5 offered mostly solid performance during my first two weeks with it — but there were some quirks. 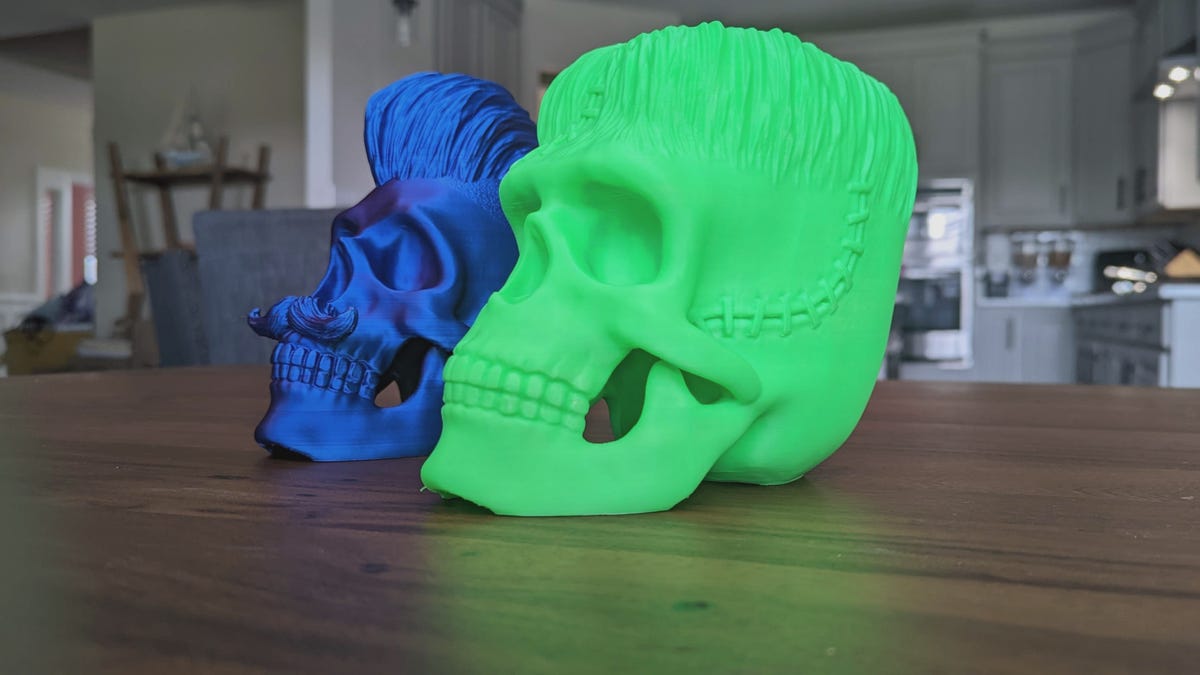 After its successful Kickstarter campaign, Anker’s first 3D printer, the M5, is available for preorder. We’ve spent some time with it and offer our first impressions here.

Anker is a well-known brand from outside of the 3D printing community, which can help draw in new people. It’s also significantly faster than a lot of 3D printers on the market.

When Anker first announced it was making a 3D printer I was skeptical. I’ve always liked Anker’s products, but there was certainly no guarantee that a company known for making phone accessories and battery packs could make a good 3D printer straight out of the gate. Well, having used the AnkerMake M5 for the past couple of weeks, I can confirm: Not only can Anker produce a 3D printer, it can make a very promising one.

The AnkerMake M5 was originally launched as a Kickstarter and managed to raise $8 million in funding. Those backers will receive their printers this week, so Anker is now set to let the public buy them too. If you head over to the AnkerMake website you can preorder the M5 for $799 (£749 in the UK) with the full launch going live Dec. 1. If you do preorder now, you also get two rolls of AnkerMake filament and a 64GB USB thumb drive thrown in at no extra charge.

First impressions of the AnkerMake M5

I’ve been playing around with the AnkerMake for a couple of weeks, and what follows is very much my first impressions (based on about 50 hours of printing) rather than a full review. You’ll also notice a bit of a skull theme on my prints. I have two 20-year-olds in my house who both love skull iconography, and it just happens to be seasonally appropriate, too. Most of them are from Hex3d’s Patreon if you want to find them.

The first thing you notice about the AnkerMake is how easy it is to put together. A few screws to attach the gantry to the base is really all you need before you can plug it in and get started. The screen takes you through the setup, including installing the app on your phone and goes straight into the auto-leveling procedure. It’s incredibly easy to get started even if you have never used a 3D printer before.

Built-in Wi-Fi is something that few 3D printers have and the ones that do tend to be a bit spotty on how well it works. I’d like to say the AnkerMake bucks that trend, but — in my early experience — it doesn’t. The printer often loses a connection, requiring the entire setup to be run again on the app. It’s a pain, but when it does work, it saves a lot of walking back and forth with USB thumb drives.

Is the print quality good on the AnkerMake M5?

As you can see from the CNET torture test, the M5 does a great job on quality. The dimensional accuracy is excellent and the overhangs and bridging test printed extremely well. The only part that wasn’t the best was the two pointed towers. These were a little wobbly and had stringing due to the increased speed of the print.

All of the skulls came out looking extremely nice and — depending on the material we used — the layer lines were even and clean across the board. Even when printing some of the smaller skulls, like the Corinthian skull planters, the details were sharp with consistent layer lines throughout.

As far as quality goes, I would put the M5 at about what you expect for a printer of this price point. But the AnkerMake has an ace up its sleeve that most $800 printers don’t: ludicrous speed.

How fast is the AnkeMake M5, really?

The M5 boasts speeds of 250mm/s with a 2,500mm/s peak acceleration. Compare that to the competition: Most of the best 3D printers out there print at about 50 – 80mm/s out of the box. On paper, the M5 should be about four to five times faster. While it’s not quite that much of a jump, the difference can be considerable.

Anker has made a big deal over the AI-capable camera on the M5. It offers you a side view of your model as it prints that you can access from anywhere. Even while I was out shopping I could check on the progress and see if there were any errors. The AI part is supposed to detect if your print fails and then warn you, even pausing the print if the failure is dire. This kind of works but often gave me a false positive when someone walked by the camera, or if the table wobbled a bit too much. It’s a good idea that I think will get better with firmware updates, but right now it’s a little hit-and-miss.

One nice bonus is that the M5 will record a timelapse of every print you make and save it to your app, ready to share with the world. It might not be a professional timelapse and the angle isn’t always perfect, but it works well enough for TikTok (although I wish there was a portrait option for social media).

What’s truly amazing about the AnkerMake is it can print at the speed it does and still produce the same quality as most printers in its price range; it just does it in half the time. That’s not to say it’s perfect. In addition to the Wi-Fi issues noted above, I found that at full speed I needed to use more infill. Without it, there would be gaps in some areas that the filament couldn’t fill in fast enough. But new technology requires new thinking so I’m sure I can tweak it to produce even better results.

I think the speed alone justifies the AnkerMake M5’s preorder cost, but you can wait for our full review if you want a more in-depth look at this enticing 3D printer.