Thanks to Gallium Nitride (GaN) technology, chargers have been getting more powerful while shrinking at the same time. The latest example of that trend is Anker’s new line of GaNPrime chargers with next-generation GaN 3 technology that it says is even more energy efficient. GaNPrime products are up to 53% smaller compared to silicon laptop chargers, Anker says, and with their increased power output, “a single GaNPrime device can charge up to 4 or even 6 devices at the same time, depending on the charger.”

Some of the new GanPrime chargers are available now, including the 737 Charger (120W), but others, like the 747 Charger (150W) and 733 Power Bank will be available this fall. While I like the chargers themselves, I can’t say I’m a fan of how the products are named, which is a bit confusing when you factor in previous-generation models with similar names.

There are a couple of other key features that Anker is highlighting. The first is PowerIQ 4.0, which gives the new chargers the ability to detect what device you have connected to the charger and distribute optimum charging power to each device while giving priority to the device with the lowest battery level. Secondly, Anker is touting Active Shield 2.0, a heat-sensing feature that monitors temperatures while charging with increased frequency compared to the previous generation.

Here’s a look at the full line of chargers with pricing and availability. 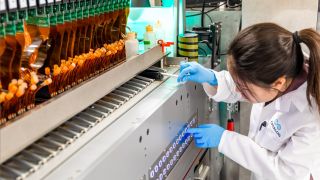