Losing items, whether it’s your wallet, bag, keys, or the TV remote, is frustrating, time consuming… and no longer necessary.

According to motoring organization the RAC, 43% of drivers regularly spend an average of two minutes 10 seconds every day looking for their car keys, adding up to hours over the year

This is where location trackers can help; these small devices, also called key finders, can be attached to your possessions and use a phone to help you find them. Tile was the first location tracker to hit shelves, but now Apple has finally launched its long-awaited rival; AirTag we’ve spent many days with both to find the key things you should know before making your mind up.

Read on to discover how these two location trackers compare – or, if you’ve already decided which of the two you wish to buy, check out the best prices right now from both brands below:

What is a location tracker?
A location tracker is a small Bluetooth gadget the size of a keyfob that can be clipped or stuck to personal possessions to ensure if you misplace the item, it can be found quickly with the help of your smartphone.

How does it work?
The tracker forms a Bluetooth connection with your smartphone or tablet, and if you do misplace the item it’s attached to a companion app you can play a tune on the tracker so it’s easier to find, with an indicator of how close or far you are from the item displayed on your phone’s screen.

If the item is out of Bluetooth range, you can see its last-known location on a map, and mark it as lost. If other users pass close to your lost item, its location will be identified and you’ll be alerted to its new location.

What can it be attached to?
Anything you don’t want to lose. Some location trackers have loops so they can be connected to keys or bags, while others can be slotted into wallets and some even have an adhesive pad on the back so they can be stuck to items like remote controls – the possibilities are endless.

Do they require a subscription?
Location trackers can be used free of charge once you’ve purchased the device itself, however, some offer a subscription service that provides a history of its movement, potentially making it easier to find.

An AirTag is a small disc that measures 3.19 x 3.19 x 0.8cm, which is about the size of a quarter or £2 coin, and is powered by a replaceable CR2032 (standard watch) battery. One side is stainless steel and the other is plastic, although we found that after just a few days of use both sides of the AirTag became scuffed.

They can be slipped in a wallet or bag, but if you want to attach an AirTag to keys, bags and other items, you’ll need to purchase optional loops or keyfobs from Apple or third-parties like Belkin – which can double the cost of purchase. It has a built-in speaker that will emit a sound if it’s triggered via the Find My app on your iPhone, iPad or Mac – unsurprisingly, it doesn’t work with Android devices.

Apple says the battery will last more than a year before it needs replacing, and

AirTags are waterproof with an IP67 rating, so they can withstand up to 1m of water for no longer than 30 minutes. However, Apple hasn’t stated the Bluetooth range of an AirTag

Tile, however, offers four different types of location trackers, all of which are plastic with built-in speakers that again emit a sound when triggered from the Tile smartphone and tablet app – but crucially for non-iOS users, are available for use on both Apple and Android devices.

The first tracker, Tile Sticker, is slightly smaller than an AirTag, measuring 2.7 x 2.7 x 0.73 cm, and has a sticky pad on the back that can be attached to items such as remote controls.

At 8.6 x 5.4 x 0.24cm, Tile Slim is a similar size to a credit card and is best suited to being slipped in bags or wallets. Both are powered by a built-in battery that Tile claims will last up to three years (although it will need to be thrown away after this), and are waterproof, although Tile hasn’t specified the IP rating.

Tile Mate and Tile Pro are both square location trackers with built-in loops so they can be attached to keys (something the AirTag lacks); the former measuring 3.5 x 3.5 x 0.62 cm and the later 4.2 x 4.2 x 0.65 cm in size. These two trackers are powered by replaceable coin cell batteries that Tile says should last up to a year.

Tile Pro has a Bluetooth range of 400 ft / 122m compared to the 200 ft / 61m of the Tile Mate, and on top of that is slightly thinner than Tile Mate and has a sleek look thanks to the metal edge.

These location trackers are water-resistant but not waterproof. We’ve been using both a Tile Pro and a Tile Mate for over a year, attached to different sets of keys, and the surfaces are heavily scratched and scuffed.

AirTags are the more expensive of the two trackers, with a single AirTag priced at $29 / £29 / AU$45, while a four-pack will set you back $99 / £99 / AU$149 and are available now. As we’ve already mentioned, if you want to attach AirTags to keys, bikes or any other item, you’ll need to purchase an optional key fob or loop.

Tile’s location trackers are often discounted during the year too, for example on Black Friday and Amazon Prime Day  – we’ve seen them drop as low as $14.99 / £11.99 / AU$27.99 on occasion. Apple doesn’t often offer discounts on low-cost accessories during these sale periods so we’d be surprised if AirTags dropped any lower.

Both location trackers are very similar in allowing you to trigger the built-in speaker to make a sound from the companion app to alert you to the location. and both AirTag and Tile offer voice assistant integration so you can use your voice to trigger them. AirTags only work with Siri (shockingly) but Tile trackers work with Alexa, Google Assistant and Siri.

In our tests, Tile proved slightly better than an AirTag when it came to volume of the speaker. The Tile Mate registered 70db on our decibel meter compared to 64db for the AirTag, although that was still loud enough that we could hear it from beneath a pile of cushions under which we’d buried it.

However, Tile Mate continues to play it’s sound until you choose to stop it from the app. On top of that, Tile trackers have 10 different electronic sounds and you can choose which your tracker will play, whereas AirTags offer just one sound that can’t be changed.

One area where Apple’s AirTags are head and shoulders above Tile is the ability to provide on-screen directions to the location tracker.

If you have an iPhone 11 or above, the Precision Finding feature (using the ultra wide band chip inside these phones) will show the distance you are from the AirTag, as well as the direction you need to head it to retrieve it.

We found these on-screen directions did make it faster to find a deliberately hidden AirTag. However, in a home with cavity walls, we were unable to establish a stable signal with the AirTag until we got within 21ft / 6 m of the location tracker, compared to 30ft / 9 meters away outside.

However with Tile, there’s no physical distance displayed – instead concentric circles on screen illuminate green – the closer you get to the Tile, the more circles light up. It’ll also rate the signal strength, giving you further indication of just how close you are.

If either location tracker is out of Bluetooth range of your smartphone or tablet, you can mark it as lost and when a user comes close to it (those with the Tile app or a recently-updated iPhone), you’ll get an anonymous notification with its new location, which can be seen on a map in the app, so you can be reunited with it.

For AirTags this notification will appear  even if the location tracker is still connected, but Tile trackers must be out of Bluetooth range to see this.

We put this to the test by leaving both an Apple AirTag and a Tile Mate behind a street name sign on a busy road in the main shopping area of a town, then returning home and marking the key finders as lost. We found that it took just 30 minutes for the AirTag to be detected by a passing iPhone, and its location sent to our smartphone. However, it took almost 12 hours for someone from Tile’s community to pass the key finder and update us on its location.

Tile can also show a 30 day location history for its trackers, but you’ll need to subscribe to Tile Premium for $2.99 / £2.99 / AU$2.99  – it will also warn you if you’ve left the house without an essential Tile, such as the one attached to your wallet or house keys, a feature not offered by AirTags.

If a lost AirTag is found by a member of the public, they can tap it using their iPhone or any NFC-enabled device to display a phone number for the owner, if they’ve provided one, to help reunite them.

Tile goes one better by letting you share access to your location tracker with other users so they can help you find it if you misplace it, while an AirTag can only be associated with one Apple ID so there’s no way to share it.

When it comes to tracking devices, privacy is understandably a huge concern, as the technology could be utilized in a negative way, for example if someone wanted to track their every move, could they just slip a location tracker in your pocket or bag?

Apple has put in place several privacy measures to ensure this isn’t the case, far more than Tile here.

An AirTag can only be set up by its owner, it can’t be activated on behalf of someone else, and iOS devices can identify and alert their owner if an unknown AirTag is travelling with them regularly.

On top of that, an AirTag will draw attention to itself by playing a sound if it’s been separated from its owner for a long period of time but still moves location.

Which is best for you?

AirTag and Tile are both very good location trackers that can speed up locating misplaced items, but they excel in different areas.

If you’re looking for a stylish tracker that’s loaded with privacy features then an AirTag will be a better fit, whereas Tile can’t be beaten on affordability and it comes with a keyring loop or sticker out of the box, so you don’t need to wait to start adding it to your life.

However, it’s also worth considering the devices you already own. For those that use an Android phone or tablet, Tile is a better fit as AirTags don’t work with Android devices, but for iOS users an AirTag or two could be a potential lifesaver. 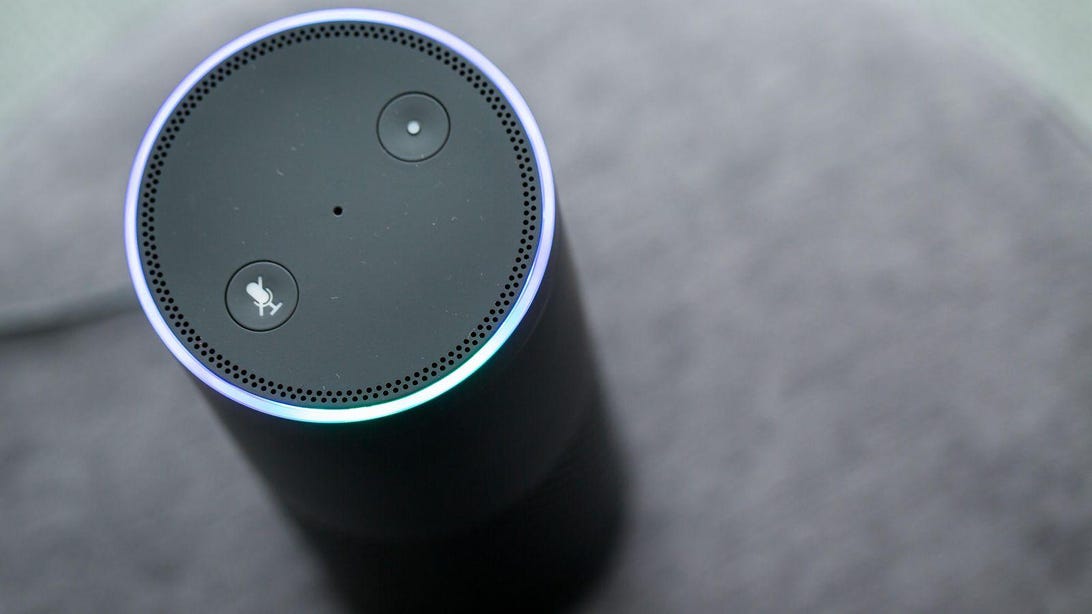 Amazon adds Alexa Cast for music control from your phone 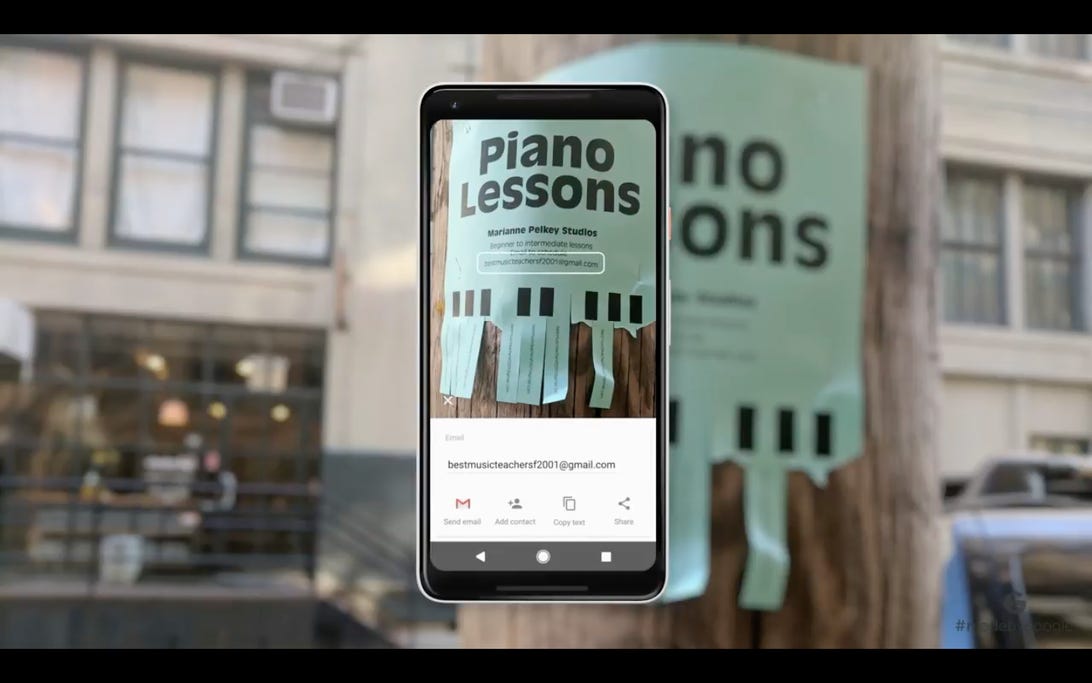 Orlando City vs. Portland: How to watch MLS tournament final without cable