“What a strange-looking MacBook.” That was my first thought when I first saw the 13-inch MacBook Pro M2 at Apple’s headquarters in Cupertino during WWDC 2022.

There wasn’t anything particularly strange about it — it looked like the last several models of 13-inch Apple laptops, both Pro and Air. But in the Apple Silicon era, I’ve become far more used to the company’s new design language, which is built around flat, constructivist designs with sharper angles and a studied minimalism. That same design has since been applied to the 14-inch and 16-inch MacBook Pro laptops, the 24-inch iMac and soon, the new 13-inch MacBook Air.

The M2 Air, with a bigger screen, better webcam and newer design is said to be arriving sometime in the next month. As both 13-inch laptops have the same M2 chip and a similar price, I won’t consider this a complete review until I can test and compare the two systems side by side.

Despite being the newest MacBook you can buy (preorder details are here) until the revamped MacBook Air goes on sale next month, the M2 MacBook Pro has a throwback design. Its look can be traced back more than a decade, from the first Retina-display MacBook Pro I reviewed in 2012 to the

There’s a gently rounded edge that tapers ever so slightly on the front side, which will be familiar to previous MacBook Pro and Air users.

In fact, it looks just like the 13-inch MacBook Pro that was part of Apple’s first wave of M1-chip Macs in late 2020. Same body, same camera, same limited ports, same Touch Bar. Yes, this remains the last holdout of the Apple Touch Bar, a clever-but-underused second screen that’s fallen out of favor.

And that’s exactly what this system is: The 2020 13-inch MacBook Pro, with the initial M1 chip swapped out for the new M2 chip. That makes it Apple’s most powerful 13-inch laptop, and it will probably edge out the otherwise similar new M2 MacBook Air because its active cooling allows it to run at higher temperatures.

Where the M2 fits in the lineup

But despite the hype, the M2 sits in a confusing spot in the Apple silicon hierarchy. It sits above the original M1 chip (which was available in two versions with different numbers of graphics cores), but below the M1 Pro, M1 Max and M1 Ultra. The M1 Pro and M1 Max are available in the 14-inch and 16-inch MacBook Pro. The M1 Ultra, essentially two M1 Max chips side by side, is only available at the moment in the new Mac Studio desktop.

Which of these chips will show up in an eventual revamp of the Mac Pro desktop, or a new big-screen iMac, is unknown.

In the original M1 Mac lineup, I had the hardest time reconciling the 13-inch MacBook Pro with a target audience. It was more expensive than the practically identical M1 MacBook Air, while offering the Touch Bar, active cooling and a slightly brighter screen. For most people, the Air—even with a few upgrades—was a better choice. There’s a reason I call the MacBook Air the most universally useful laptop you can buy.

With the new M2 MacBook Air right around the corner, the 13-inch MacBook Pro is an even tougher sell. The M2 Air has the newer design (plus cool colors), a slightly larger liquid retina display, now just as bright as the Pro, and a much-needed full HD webcam. This leaves the 13-inch MacBook Pro as the only Mac left with a substandard 720-pixel resolution webcam.

But there are some reasons you may still want the 13-inch MacBook Pro over either the new MacBook Air or the much-more-expensive 14- or 16-inch MacBook Pro. We outlined the most obvious reasons here, and they include:

We tested the new M2 MacBook Pro and compared it to the nearly identical M1 13-inch MacBook Pro, as well as the 14-inch MacBook Pro with an M1 Pro chip. As shown in the charts below, the M2 is a notable bump over the M1, but not as powerful as the next chip up on the chain, the M1 Pro. The last generation of Intel MacBook Pro was far behind, while a new (and expensive) premium Windows laptop from Razer with a 12th-gen Intel Core i7 and an Nvidia 3070Ti GPU was also faster.

While we won’t know for sure until we can test the M2 Air, based on our previous testing, I expect only minor performance differences between the M2 laptops. Both M2 laptops top out at 24GB of RAM and 2TB of storage.

In my hands-on experience, it felt like exactly what it is — a modest internal bump to the M1 version. When the M1 chips launched, I was excited that I could easily edit and play back 4K video clips, only running into a little stuttering when I applied real-time effects and color correction in Premiere. The M2 version was even better, but not as good as the video editing we tried on our MacBook Pro and Mac Studio systems, using the M1 Pro and M1 Max chips.

I love the new MacBook Air design and its upgrades to the display and webcam. I suspect the 13-inch Pro will appeal to only a very specific subset of shoppers, such as those who want the better cooling and who want to jump into the Pro line without spending $2,000 or more.

For everyone else, I’d suggest waiting to see what the M2 version of the MacBook Air can do when it arrives sometime in July. 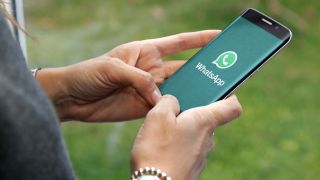 How to cancel Apple Arcade: 3 ways