Apple TV Plus is at a turning point – and one that could see it finally become a genuine competitor to entertainment giants like Netflix and Disney.

Whether through its music players, smartphones, computers, laptops or smartwatches, the tech behemoth has regularly leapfrogged its competition to deliver products that are, if nothing else, undeniably desirable.

Apple’s streaming service, though, didn’t immediately take off in the same way. Apple TV Plus was late to the streaming party, with big-hitters Netflix and Amazon Prime Video having eaten up most of the market by the time it launched in 2019. Even in 2021, the service maintains a lowly 5% audience share, just 2% below HBO Max but some 10% below Disney Plus (according to data obtained by streaming analyst JustWatch).

But now, more than ever, the future looks bright for Apple TV Plus. CEO Tim Cook kicked off last week’s Apple Event with a showreel of the streamer’s upcoming premieres, and it’s clear that the company is pressing full steam ahead with its quest to deliver big-budget, high quality entertainment to a growing pool of subscribers.

When it comes to the popularity of a streaming service, the proof is in the pudding. If the movies and TV shows on offer aren’t as appealing as those elsewhere, subscribers – especially those only looking to pay for only one or two platforms – will withdraw their custom. That means Apple’s usual penchant for customer loyalty has little bearing on the appeal of its streamer.

At launch, Apple TV Plus’ library was lacking, to say the least. Season one of the Jason Momoa-led sci-fi series See was, by most accounts, uninspiring, while The Morning Show – Apple’s star-studded take on newsroom politics – didn’t quite garner the critical acclaim the company clearly hoped it might. For All Mankind marked a notable exception, offering a genuinely unique take on the global space race, but it quickly became clear that Apple TV Plus would take time to build momentum.

Now, at the back end of 2021, two years-worth of library-building looks set to bear fruit for Apple, with a host of returning series and all-new movies and TV shows headed for the streamer in the coming months.

Season 2 of The Morning Show, for instance, landed yesterday, while exceptional soccer comedy-drama Ted Lasso received a second crop of episodes in August (joining Mythic Quest as the only real Apple-commissioned show to make an impression with critics and audiences alike).

Those projects will join the unexpectedly great original series Mr. Corman in Apple’s original entertainment catalogue, alongside the not-so-great (but by no means terrible) Cherry, The Mosquito Coast, Greyhound and Lisey’s Story.

But we’re not done yet. Finch, the Tom Hanks-led blockbuster about a wanderer and his robot dog, is landing in November, shortly followed by The Shrink Next Door, starring Will Ferrell and Paul Rudd.

And perhaps most exciting of all is the $150 million+ Martin Scorcese movie starring Leonardo DiCaprio and Robert De Niro, which is currently in development with the backing of Apple (it will hit theatres before becoming exclusively available on Apple TV Plus).

The point being, a lot is happening (or is about to happen) on Apple’s streamer. For every miss (Planet of the Apps), Apple seems to have a hit (Ted Lasso), and it’s so-called flops are more like expensive experiments as the company navigates the unfamiliar territory of the entertainment world.

It’s also worth remembering that the likes of Netflix and Amazon Prime Video took years to amass their respective subscriber counts and original content libraries. The former launched as a streaming platform way back in 2007, but had also been operating as a DVD rental service for more than a decade prior.

Only as recently as 2016 did Netflix truly flex its muscles as the market-leading original content provider, thanks to the arrival of now-beloved shows Stranger Things and The Crown.

The streamer spent about $5 billion on original properties in 2016 to bring those projects to fruition – a huge sum when considering its total 2015 revenue was $6.77 billion – but the investment paid off. Netflix has over 209 million subscribers at the time of writing, and both Stranger Things and The Crown continue to be a huge draw.

The next few months may mark a similar content gold rush for Apple, even if it takes a number of years for the quality of that content to be reflected in subscriber numbers. Foundation, for instance, may turn out to be Apple TV Plus’ Game of Thrones.

It’s important to remember the amount of below-par content on those major streamers, too. Consider, for a moment, just how many bad films are on Netflix and Amazon Prime Video.

Apple TV Plus, conversely, hasn’t even been around long enough to generate a library of bad movies and TV shows, and Star content aside it only makes Apple-branded original content available to subscribers (unlike the en masse third-party licensing of rival streamers).

If anything, then, the average content quality score on Apple TV Plus (if that figure existed) is probably far higher than any competing streamer, given its thin-but-generally-good roster of original properties.

That hypothetical quality metric only looks set to strengthen in the months to come, and it’ll be interesting to see just how long it takes movies like Finch and shows like Foundation and Invasion to turn into subscribers for Apple.

What’s more, at least from an aesthetic point of view, Apple TV Plus is already up there with the best steamers around, both in terms of user interface and the additional information that accompanies watchable content.

Like Amazon Prime Video, users are given so much context to the movies and TV shows they’re watching. It’s a simple novelty, perhaps, but a quick scroll down reveals cast members’ names, faces and profiles, which feels respectful to the industry Apple has only recently entered.

The whole user experience is super polished – which is so typical of Apple’s product philosophy – with the only real visual qualm coming from the aforementioned scarcity of its existing library.

For users of other Apple products, too, it’s hard to argue against Apple TV Plus’ integration with the brand’s wider ecosystem. For instance, your iPhone can calibrate picture settings with ease, and connecting two pairs of AirPods is a simple process. Sure, content is king when it comes to streamers, but it sure helps when those streamers are a joy to navigate (take notes, Amazon).

It’s clear, then, that things are looking good for Apple TV Plus. With the wealth of investment the company has pumped into its still-young streamer, there’s little doubt that at least some of the movies and TV shows on the horizon will deliver on the promise of Apple’s grand ambition.

It will take years for the tech giant to catch up with Netflix and its subscriber count – it may never happen – but for an original content-focused streaming service approaching only its second birthday, Apple TV Plus is maturing faster than any entertainment platform we’ve ever seen. Apple may use its own modems in 2023 iPhones, report claims 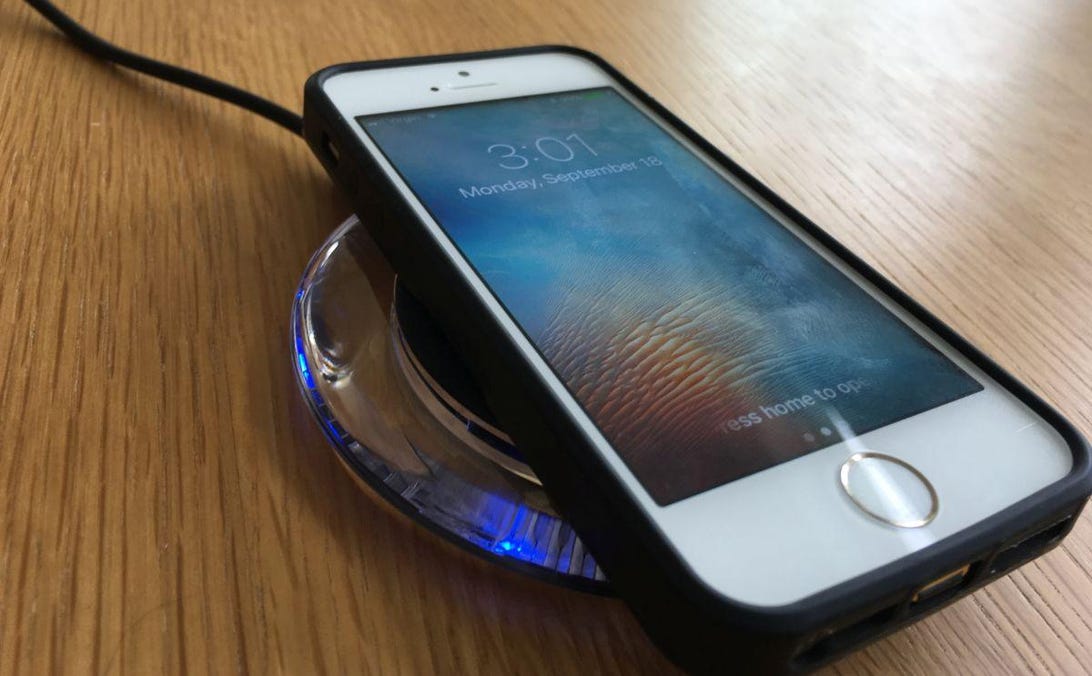 I spent $13 to add wireless charging to my iPhone