The Apple Watch 7 launched on September 14 at the Apple event alongside the iPhone 13, bringing the first redesign to Apple’s smartwatch line. While the wearable isn’t coming until later this year (Q3 2021), we finally know what’s coming – and it looks like a bunch of incremental improvements.

The Apple Watch 7 has a refined look that retains the rounded edges but with thinner bezels for 20% more screen area than the Apple Watch 6 – and new sizes of 41mm and 45mm. Technically, this is the first big redesign since the Apple Watch 2 expanded to the 40mm and 44mm sizes, but it’s not as drastic a redesign as we were expecting.

While rumors had us expecting a more radical redesign to a flat-edged look like the iPhone 13, we’re still in round-edge territory.

There also aren’t any new health tracking features – it looks like we’ll have to wait for next year’s Apple Watch 8 for the rumored blood pressure and glucometer sensors. And while the Apple Watch 7 reportedly has a new chipset, it seems this isn’t really an upgrade on the one in the Apple Watch 6.

The Apple Watch 7 does get a 70% brighter Always On display while indoors, IP6X dust resistance, the same WR50 water resistance as prior models, and more durability. The battery is the same (18 hours expected), but recharges 33% faster.

This next smartwatch runs the new watchOS 8, something Apple has already unveiled and is coming to the Apple Watch 3 and newer wearables – but the Apple Watch 7 will take the most advantage of it.

Ultimately, the Apple Watch 7 has incremental improvements rather than revolutionary changes, but it’s still the best Apple Watch you can buy (or it will be, when it goes on sale in the coming weeks).

A leaked specs sheet and another leak have revealed the likely chipset, storage and weight of the Apple Watch 7.

Apple Watch 7: cut to the chase

The Apple Watch 7 debuted on September 14 alongside several other top Apple products. It starts at $399 (around £379 / AU$599), though we don’t have other official prices yet and nor do we have an official Apple Watch 7 release date – just that it’s coming ‘later this fall’ (Q3 2021).

The Apple Watch 7 comes in the expected small and large sizes, though they’ve been slightly expanded to 41mm and 45mm this time around in GPS-only and 4G LTE versions, though we don’t have exact pricing aside from $399 for the 41mm GPS-only model.

While rumors suggested the Apple Watch 7 would have a flat-edged design much like the iPhone 13, Apple stuck with the round-edged look. However, with thinner 1.7mm bezels than the Apple Watch 6, the new smartwatch has 20% more screen area.

That larger screen size also comes with slight size increases in this year’s Apple Watches – up to 41mm and 45mm, though the smaller bezels mean the actual size isn’t too much bigger. There are slight improvements to the display, too, which is up to 70% brighter indoors in Always-On mode than the screen on its predecessor.

The screen is also big enough to feature a full QWERTY keyboard, which can be typed or tapped-and-dragged to form words with QuickPath. While third party apps have done keyboard typing before, this is the first time it’s included by Apple itself.

Apple also claims its new smartwatch is more durable, packing a display with ‘robust geometry’ and ‘over 50 percent thicker’ front glass than that on the Apple Watch 6. It also has an IP6X dust resistance rating to add to the WR50 water resistance rating featured in prior Apple Watches – meaning it can be submerged up to 50 meters deep.

Having a bigger screen also means the watch is probably heavier. Apple hasn’t confirmed at the time of writing, but a leaked support document says that every model is slightly heavier than the closest equivalent Apple Watch 6 one.

Apple didn’t have anything to announce about the Apple Watch 7’s specs, which made us think it had the same Apple S6 chipset and 1GB of RAM with 32GB storage that debuted in the Apple Watch 6.

That said, we’ve now seen a leaked support document that points to a new S7 chipset, and another leak also points in that direction. It seems this is no more powerful than the S6 though, instead possibly just being slightly more power efficient. Both leaks also pointed to 32GB of storage, as we suspected.

Apple went out of its way to say the new watch has the same 18-hour battery life as its predecessor, suggesting it likely has the same 304mAh battery as in the Apple Watch 6.

But the watch does come with a more advanced charger for 33% faster charging, juicing up from 0% to 80% in 45 minutes. An 8-minute charge meanwhile can supposedly provide 8 hours of sleep tracking. According to leaks the watch also comes with a new 1-meter USB-C magnetic fast charging cable in the box.

The Apple Watch 7 has the same sensor suite as its predecessor, meaning those rumors about glucometers and blood pressure sensors didn’t turn out to be true.

But the smartwatch still has an impressive array of health monitoring features to track ECG, blood oxygen levels, heart rate, and plenty of other metrics.

The Apple Watch 7 also launches with watchOS 8, which comes with the new Mindfulness app, standalone software that also includes meditation sessions from Fitness Plus in audio-only form.

The Apple Watch 7 will launch with watchOS 8, which should be rolling out to other Apple smartwatches in the next week.

Highlights include a new Mindfulness app (which will incorporate the Breathe app), the addition of Tai Chi and Pilates to the Workout app, the ability to track respiratory rate while you sleep, and a redesigned Photos app. Google now gives free COVID test and vaccine details at a glance. Here’s what to do 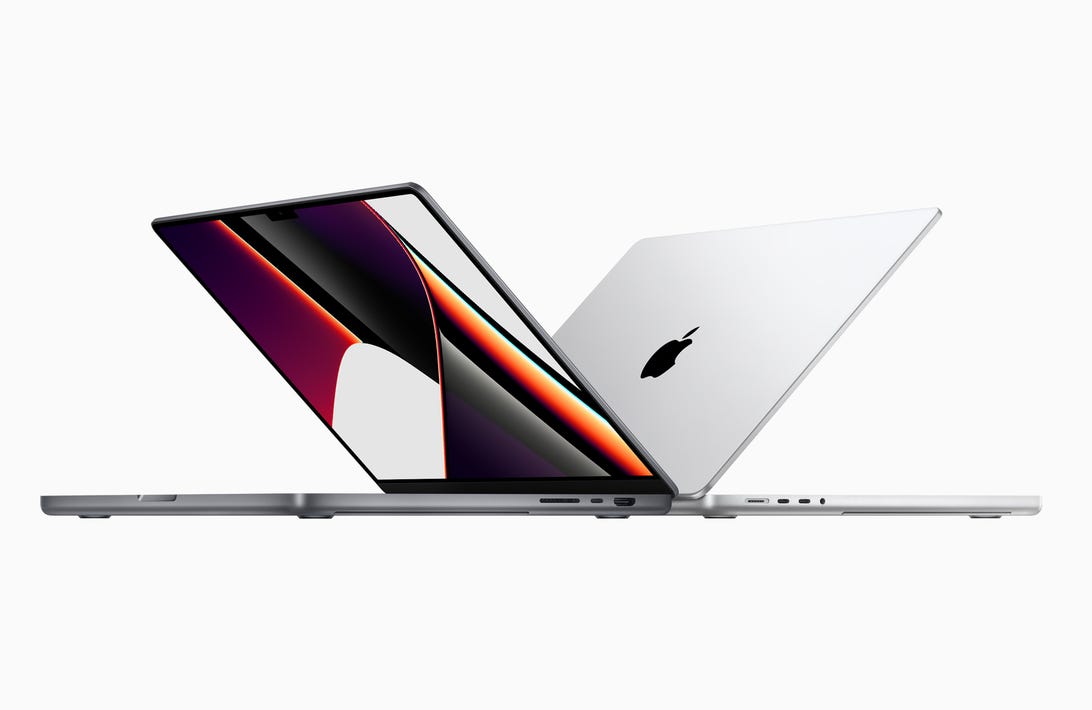