There’s a new Apple Watch on the way, and like so many before it the best way to get yours on launch day is to preorder. The latest Apple Watch, dubbed the Series 7, boasts a larger screen and a more durable frame with IP6X dust resistance. It will also feature faster charging for those who want to use the Apple Watch for sleep tracking, so you can charge it while you’re in the shower and know you have enough battery to make it through the day.

All you really need to do is decide which Apple Watch is for you, and get ready to place your preorder so it’s on your doorstep when it ships later this fall.

While it’s frequently seen as the “base model” Apple Watch, it’s also the version with the most colors available. And with Apple’s promise that Series 7 is the most durable Watch to date there’s an even lower chance the softer metal would take any serious damage during your ownership of it. It’s also nice that anyone upgrading from a previous Apple Watch to this new model can bring their favorite strap with them to this new Apple Watch.

If Apple is promising an even more durable body with the Aluminum model, why pay extra for the stainless steel body? This upgrade is actually more than a status symbol. Stainless steel is considerably more durable than aluminum, so if you work or play harder than most this design will keep you from developing scratches on the body long term. It’s a must-have option for people who want an Apple Watch but need something a little sturdier than the average user, on top of looking very nice while it’s on your wrist in more formal settings.

The stainless steel Apple Watch Series 7 will be available in silver, graphite and gold colors.

While it’s true that titanium is stronger and conducts heat better than stainless steel, so it is technically possible for the titanium body of the Apple Watch to survive more damage and run slightly cooler than its counterparts, the differences would be almost undetectable on something this size. Instead, you get the titanium body Apple Watch because it looks like nothing else, and feel like you have a classic timepiece on your wrist. But if the technical benefits help you justify the added cost, go for it.

The titanium Apple Watch Series 7 will be available in natural (gray) and space black colors.

While the physical body and internal mechanics are all exactly the same as the aluminum Apple Watch Series 7 listed above, the Nike Edition features one of several custom Nike-themed fitness bands and access to fitness software and watch faces exclusive to this model in partnership with Nike. So if the Apple Watch is all about fitness for you and you love Nike products, this is the one to get.

The Nike Apple Watch Series 7 will be available in silver and space gray colors.

While the stainless steel body of this model is the same on any stainless steel Apple Watch Series 7, the Hermès version stands out in other ways. This version of the Apple Watch comes with one of several hand-crafted leather straps made by Hermès, as well as several custom watch faces with the Hermès logo on the face. These versions of the Apple Watch are fashion statements through and through, so at a minimum you’ll want to consider swapping straps before starting a workout. 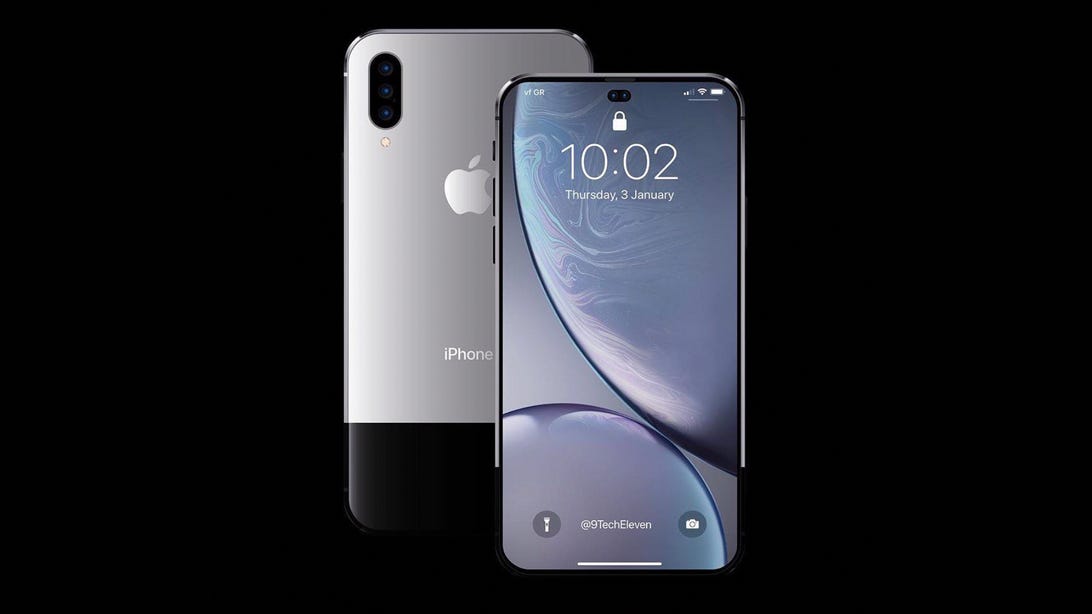 The iPhone 11 rumors are starting to take shape