The Apple Watch Series 7‘s larger display, sturdier design and fresh color options make it a modest but appreciated upgrade from the Series 6. The Series 7’s bigger screen is undoubtedly the most dramatic update. Other improvements, including faster charging feel, minor by comparison.

With that in mind, the Series 7 is a better choice for those upgrading from an older Apple Watch like the Series 4 and earlier. But Apple is expected to release the Series 8 this fall, so it’s a good idea to hold off if you can.

Here’s a closer look at how the two watches stack up.

Design: A larger screen with a more durable build

The borders that frame the watch’s display are 40% smaller on the Series 7 compared to the Series 6, helping it gain that larger screen without making the device much bigger overall. It’s similar to the way smartphone screens have gotten bigger now that most major phone makers have eliminated the bezels that once housed the device’s physical home buttons and cameras.

Read more: WatchOS 9 Could Help the Apple Watch Catch Up to Fitbit and Garmin

There’s another way Apple is improving the screen, too: brightness. The company claims the new smartwatch’s display should be 70% brighter than its predecessor’s, but only indoors in always-on mode when the wrist is down.

The Apple Watch Series 7’s enlarged screen also means it comes in new size options: 41 millimeter and 45mm. That replaces the 40mm and 44mm size options for the Series 6. Apple is also making some tweaks to the Apple Watch’s user interface to take advantage of that roomier display.

The Apple Watch Series 7 is also the first to get a QWERTY keyboard that allows you to type on the watch more similarly to the way you would on your phone. The Contour and Modular Duo watch faces will also be designed to better fit the Series 7’s bigger display.

The other big way in which Apple has changed the Series 7’s design comes down to durability. Apple’s latest wearable is its first smartwatch to come with IP6X dust resistance and it says the crystal that covers the front screen is 50% thicker than that of the Series 6. You’ll also continue to get water resistance up to 50 meters just like the Series 6.

Battery life: The same as the Series 6, but with faster charging

The Apple Watch Series 7 isn’t getting longer battery life, but it is getting the next best thing: faster charging. Apple says the Series 7 will continue to last for up to 18 hours on a single charge like the Series 6. But it’ll also charge up to 33% faster than its predecessor when used with a magnetic fast-charging USB-C cable.

That should make it more convenient to use the Series 7 as a sleep tracker since it’ll be easier to top off the watch’s battery when you have a few spare minutes in your day. Still, rival smartwatches such as those made by Fitbit can last for multiple days on a single charge.

Aside from its bigger display, Apple is also updated its smartwatch’s design by giving it a fresh coat of paint. The aluminum version, which is typically the least expensive model in Apple’s lineup, will come in five new finishes: midnight, starlight, green, blue and Product Red.

The starlight model has a white gold type of finish and replaces the silver model, while the midnight finish has a black casing that’s darker than the space gray it succeeds. Green is an entirely new color option for the Apple Watch, while the Series 7’s blue is lighter than the navy blue-like shade Apple launched for the Series 6. The red model essentially looks the same as the Series 6’s red option.

Apple is keeping the same silver, graphite and gold options for the stainless steel variants, while the high-end Apple Watch Edition version of the Series 7 will be available in the same titanium and space black colors.

Performance and health features: Same as the Series 6

The Series 7 has an electrical heart sensor with the ECG app and the ability to measure blood oxygen levels just like the Series 6. You’ll also get Apple’s other suite of health and safety features like sleep monitoring, exercise tracking, compatibility with Apple Fitness Plus, emergency SOS, international emergency calling, noise monitoring, compass and an always-on altimeter.

Read more: What WatchOS 9 May Reveal About the Next Apple Watch

Both the Series 7 and Series 6 will get Apple’s new WatchOS 9 software this fall, too. The update will bring new metrics for runners like stride length, more detailed sleep tracking and a new app for tracking medications.

The Series 7 feels like a major upgrade for those replacing an older watch such as the Series 4 and earlier. But since Apple makes many of its new watch features available through software updates, those who own a Series 5 or Series 6 can probably skip this one.

The Apple Watch Series 7 is Apple’s flagship smartwatch for a reason. Not only does it have a bigger screen than earlier Apple Watches, it’s also more durable thanks to a dust and crack-resistant design. It has a blood oxygen and electrocardiogram (ECG or EKG) sensor and is available in either a 41mm or 45mm case size. You can also choose a cellular or LTE model that lets you take calls and answer messages from your wrist without your phone, although that does cost extra.

But the Apple Watch is iPhone-compatible only and the battery life generally lasts 18 hours with typical use, less than many of its competitors. Read our Apple Watch Series 7 review. 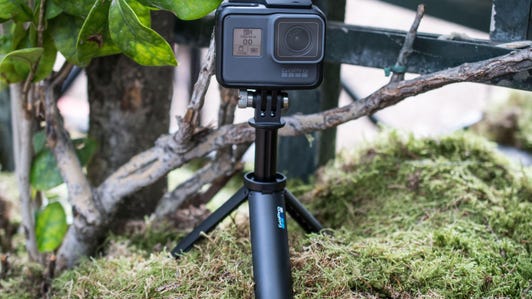 Get a GoPro Hero5 Black with extras for $200 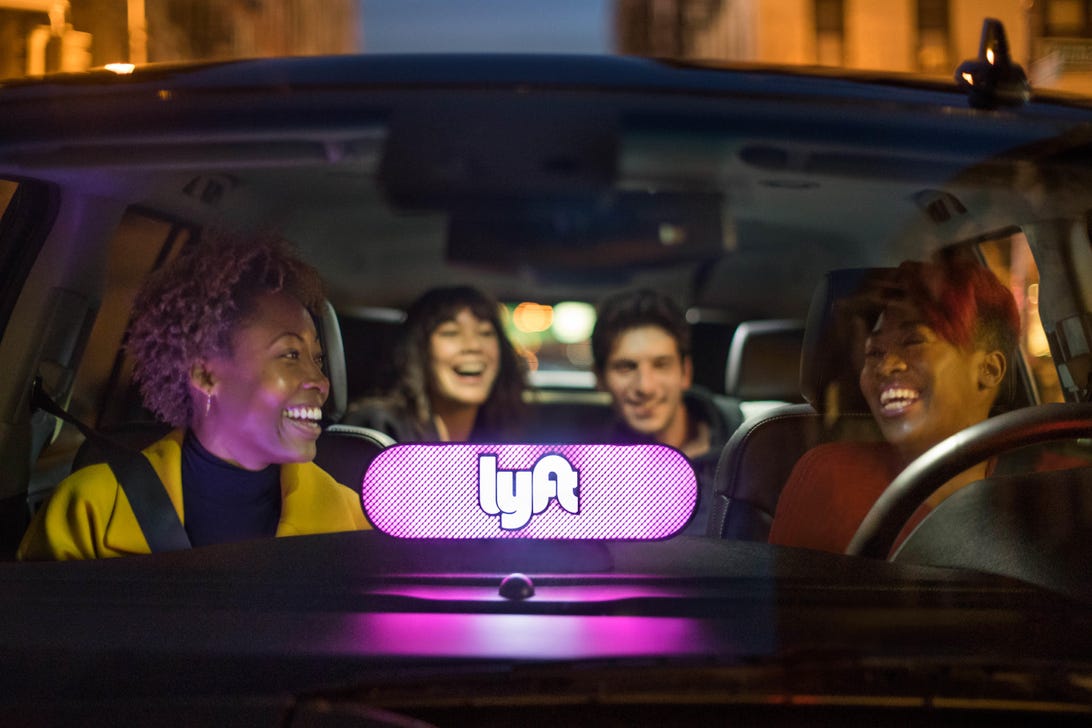 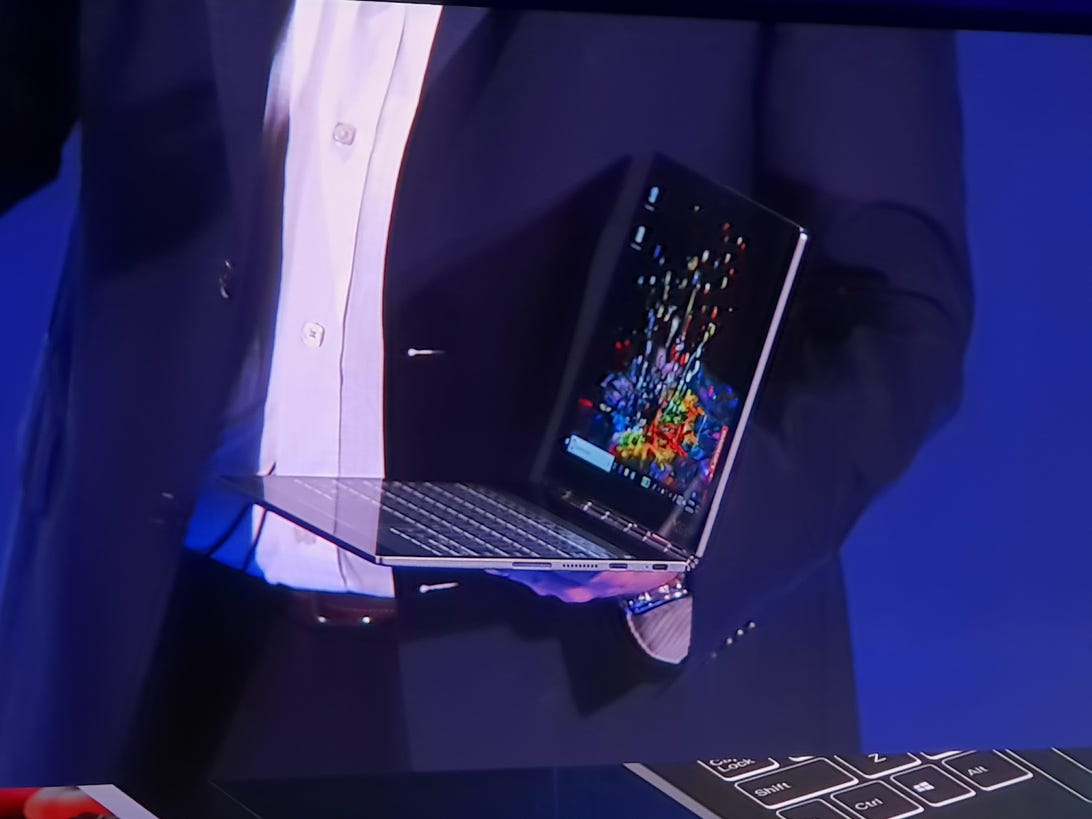