Qualcomm teases the power of its next-generation processor.

You’ll start to see these more powerful laptops and PCs as soon as late 2023.

Apple has shown that the kind of chips that serve as the brains of its iPhones are also powerful enough to handle the company’s Mac lineup, and it’s stepped things up with the Worldwide Developers Conference debut of its second-generation M2 chip, which powers the newly redesigned MacBook Air. Excitement over mobile chips powering computers is music to the ears of Qualcomm, which is looking to make waves of its own with a next-generation mobile-based chipset it’s been developing for performance laptops.

“We’re aiming to have performance leadership in PC on the CPU, period,” Qualcomm CEO Cristiano Amon said in an interview last week.

The only catch: The soonest you’ll see one of these ultra-fast processors will be the end of 2023.

But the company has high hopes for chips designed as part of its acquisition of Nuvia, which specialized in high-performance chips running on the so-called Arm architecture, the type that powers everything from smartphones to iPads. Amon said that the Nuvia chips stand out from its existing crop of Snapdragon processors and will focus on high-performance computations powering CPUs, GPUs and neural processing for artificial intelligence.

It’s part of a broader shift away from legacy Intel-based chips that allows PC makers — like Apple — to integrate more smartphone-like features into laptops and desktop computers.

Amon, who took over as the CEO of Qualcomm a year ago this month, met with me to discuss his thoughts on Nuvia, the future of augmented reality and the metaverse, the economy and dealing with supply chain constraints.

While Qualcomm has supplied its Snapdragon processors to PCs for years, they rarely made a dent in the market. Early versions often felt underpowered and didn’t run key applications that only worked on the x86 architecture powered by Intel’s processors.

But Apple showed that mobile processors not only work as the brains for computers, but they can become a key selling point. Amon said he’s thankful to Apple for driving the development of programs that work on Arm and noted that Microsoft’s also on this journey.

“The timing is now because you needed a perfect alignment of stars,” he said.

The trend of more people working remotely has also changed the requirements of laptops, Amon said. All of a sudden, connectivity anywhere, more powerful cameras and videoconferencing, and quick, always-on capabilities have become priorities. He said that plays well with Snapdragon’s key traits.

He’s banking on Nuvia to give him an edge. The startup, which Qualcomm acquired last year, was founded by chip veterans with experience at Google, Arm and, yes, Apple.

Supply chain and the economy

As the supply chain tightened, Amon said, he invested in capacity with its foundry partners and worked to diversify its sources. The steps it took are starting to pay off, and he said that he expects to see a better balance between demand and supply by the end of this year or early 2023.

“I know that’s not true for some of our peers and other industries, with some talking about 2024,” he said.

Amon said that the direction of the economy is hard to predict but acknowledged a lot of negative sentiment. Despite a potential downturn, the company is starting to see interest in serving different industries beyond its core smartphone business, from health care to the automotive industry.

Potentially impacting Qualcomm is the loss of one of its biggest customers, Apple. The iPhone maker is reportedly working on its own modem to pair with its custom A-series processors. Qualcomm laid out guidance last year that by 2023, its share of modems powering Apple devices would drop to 20%, and single digits after that.

But Amon said Qualcomm is still seeing growth at the company, and whether Apple is ready to use its own modem isn’t up to him. “They know our number, they know where to find us,” he said.

On AR and the metaverse

Google, at the tail end of its I/O developer conference in May, teased a pair of augmented reality glasses that offered real-time language translation. The tease came in the form of a slickly produced video, so it’s unclear just when they’ll actually be ready for prime time.

But the kind of thin, sleek AR glasses that you’d see on sci-fi shows may be further out.

“We’re about five years away for realistic AR glasses,” Amon said. “It’s not a technology challenge that we don’t have line of sight to.”

He said that AR glasses, which will likely come sooner, if not bulkier at first, are happening and will be significant.

With virtual reality, you’re starting to see critical mass, with the adoption of the Meta Quest headset. AR, which overlays digital imagery on the real world, is at the beginning of this curve. But Amon said AR will be bigger than VR.

Those VR and AR glasses will be key to the metaverse, the hot tech buzzword of the day. The metaverse is a way to connect with others, and Amon said the “applications are endless.”

“Most likely you’ll see it getting scale in enterprise before everyone lives their lives in the metaverse,” he said. LG will shut down smartphone business in July to focus on smart home, robotics 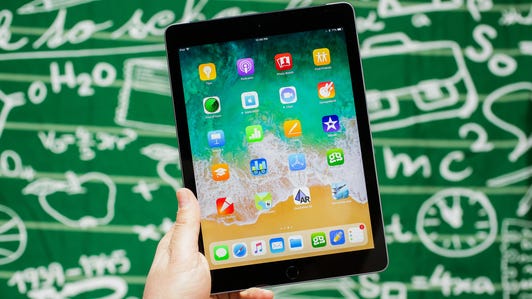