Sometimes, one screen just isn’t enough, especially if you’re working on a smaller MacBook display. Apple has just the fix, though: the Sidecar feature. Sidecar allows you to turn your iPad into a second display (wired or wireless) for your Mac computer, essentially allowing you to have access to two monitors wherever and whenever you may need them. Not only is this feature super helpful, but it’s also super quick to set up.

I discovered the Sidecar feature during the move to online learning in the wake of the pandemic, and it quickly became essential to my school routine. It was really convenient to have a second monitor during online classes: I could easily reference my notes on my iPad while keeping my Mac screen clear so I could focus on my professors’ lectures. However, I will note that Sidecar would absolutely tank my iPad’s battery, and the iPad display screen would get laggy if my Mac was running a couple of different programs at once.

Before you get started with Sidecar, check to see that both your iPad and Mac meet the Sidecar system requirements. For Macs, Sidecar will work on devices with macOS Catalina or later and for iPads, devices compatible with iOS 13 or later will work with Sidecar. If you are unsure if your devices are compatible, Apple has a list of all of the devices that work.

Now that Sidecar is set up, it’s time to get started using your iPad as a second display. Once you have moved your Mac screen to your iPad, the Sidebar will appear on your iPad screen. The Sidebar enables you to have access to the most commonly used Mac controls like, “Command,” “Option” and “Shift.” You can choose these commands by tapping with your finger or using an Apple Pencil.

When using Sidecar on your iPad, you are able to use your Apple Pencil to navigate your display as well. Using your Apple Pencil while displaying your Mac screen can be helpful when drawing or editing photos. If you are mirroring your Mac screen to your iPad, you will be able to see live updates made with your Apple pencil on your Mac. Sidecar also supports the double-tap feature, which allows you to perform custom functions by double-tapping the side of a second-gen Apple Pencil, and this can be enabled in System Preferences.

Sidecar also enables you to use a MacBook Touch Bar, regardless of whether or not your Mac supports one. As usual, you can tap the Touch Bar controls with your finger or Apple Pencil. However, if the Touch Bar is not appearing when using an app that uses Touch Bar controls, you can activate it by going to the Apple Menu > System Preferences > Mission Control and make sure that “Displays have separate spaces” is selected.

Apps on your iPad can also be used as you normally would. When you switch to an iPad app, you will be able to return to your Sidecar screen by using the Sidecar app. The Sidecar app should appear on your iPad’s home screen while using Sidecar.

If you wish to change Sidecar settings, like whether or not the Sidebar or Touch Bar is displayed, you can do so by going to the Apple Menu > System Preferences > Displays and then selecting your iPad under “Displays” if you are running macOS Monterey. If you are running macOS Big Sur or Catalina, then select Apple Menu > System Preferences and click Sidecar.

eBay will launch its own delivery service in 2020 Galaxy S22 gets Android 12’s Material You design, so you can change all the colors 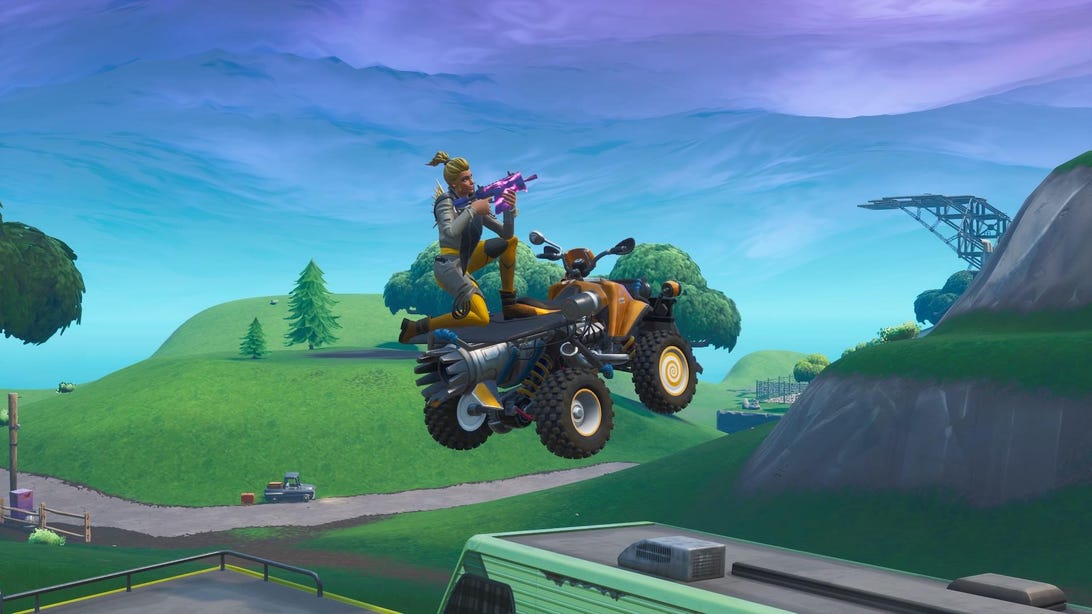 Fortnite season 9, week 7 challenges and where to find the giant beach ball

Veteran or active military? Save $40 on your Amazon Prime membership