Chromebooks have become standard equipment in most US schools, with many school districts now providing them to students. But the district-provided Chromebooks are usually smaller, underpowered models with limited utility. There’s only so much you can do on an 11.6-inch display powered by an outdated CPU. Larger Chromebooks with displays in the 12.2-inch to 15.6-inch range and more modern processors are still very affordable. Comparable Windows laptops and MacBooks come with a higher price. And Chromebooks are easy to use, designed with kids in mind and made to be ready to go from the minute it comes out of the box. The Chrome OS software comes preinstalled and is streamlined for user comfort.

With the start of the 2022-23 school year just starting to appear on the horizon as we reach mid-July, we’ve gone through and collected a list of the best deals on Chromebooks, with prices starting at less than $230. Many factors were considered in the compilation of this list, such as cloud storage, battery life, display size, keyboard quality, ease of web browsing, and whether it includes a headphone jack for music or lecture listening and classroom participation. If you want to snag a good deal on the best Chromebooks for the students in your life, look at our picks below. We regularly update this list, so check back for all your Chromebook needs.

Full HD display on the cheap

This Asus model is on sale for only $226 right now and features a 14-inch display powered by an Intel Celeron processor and 4GB of RAM. Those are average components for a budget Chromebook, but it adds a bit more storage than usual with 64GB. It has a 1,920×1,080-pixel resolution display for a sharper picture and more workspace than you’d get with the 1,366×768-pixel resolution found on other low-end Chromebooks.

The highlight of this Lenovo two-in-one Chromebook is its 10th-gen Intel Core i3 CPU, which is common to many budget Windows laptops and has more than enough oomph to power the lightweight Chrome OS. The Flex 5 features a 13.3-inch touchscreen with a 1,920×1,080-pixel resolution. It offers pen support but you need to buy a stylus separately.

This Samsung Chromebook has a smaller display at 12.2 inches than the other models here, but the touchscreen can rotate 360 degrees into tablet mode so you can play Android games — once homework is done, of course. The display boasts a sharp 1,920×1,200-pixel resolution and pen support for the included stylus. Inside, the system features an Intel Celeron processor, 4GB of RAM and 64GB of storage.

Big screen powered by Core i3

This convertible Chromebook features a 15.6-inch touchscreen that can rotate into tablet mode, and is powered by an eighth-gen Intel Core i3 CPU. It’s an older Core i3 than you get in the above Lenovo model, but more powerful than Intel Pentium and Celeron chips commonly found in Chromebooks. The C340 also offers 4GB of RAM and 64GB of flash storage, both average for the price.

Acer’s midrange convertible Chromebook, the 14-inch Spin 514, boasts a slim and durable all-metal body and features an AMD Ryzen 3 processor. It’s a good middle ground between smaller, 11.6-inch models that might cramp your computing style and larger, 15.6-inch models that you might not want to lug across campus each day. This AMD-based model is on sale right now at Best Buy, but you should know that an Intel model is expected soon that will feature the latest Wi-Fi 6 standard, better video-conferencing capabilities and a more compact enclosure.

Did you know that you can get an OLED display on a Chromebook? Lenovo’s two-in-one Chromebook Duet 5 is proof that such a thing is possible. It features a detachable, 13.5-inch OLED display with a full-HD resolution powered by an eight-core Qualcomm Snapdragon and 8GB of RAM. It also supplies a 128GB SSD, which is rather spacious for a Chromebook. It’s on sale at Best Buy right now with a sizable $120 discount.

This HP Chromebook x360 is a two-in-one convertible powered by a Core i3 chip and 4GB of RAM. It also has a 128GB of eMMC storage, which is bigger than you get with most Chromebooks priced at this price. The 13.3-inch display is a widescreen, which means more scrolling through web pages and documents but better for watching movies and viewing two windows side by side.

A bit of gaming, too

This AMD-based Chromebook won’t be confused with a gaming laptop — no Chromebook would be — but its AMD Ryzen 3 CPU and integrated Radeon graphics will be able to handle Android mobile games and Linux games and should let you dabble with cloud gaming services such as Stadia, GeForce Now and Xbox Game Pass. The 15.6-inch touchscreen offers 1,920×1,080-pixel resolution and can rotate into tablet mode. It’s currently priced at $530 but occasionally drops to $480 so this is one to watch for its next price dip.

This Samsung two-in-one Chromebook features an all-metal chassis, which is a step up in both looks and durability from the usual plastic Chromebook fare. It boasts a 13.3-inch, AMOLED touchscreen powered by a 10th-gen Core i3 CPU and 8GB of RAM. It also supplies 128GB of solid-state storage.

Macron meets Blinken as US seeks to restore confidence 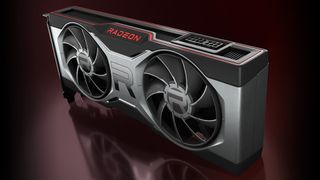 Samsung at IFA 2019: Galaxy Fold, 5G phones and chips, and even a clothes steamer closet