Gaming laptops have evolved to keep up with the needs of even the most intense gamers, who know that having the right equipment can often be as important as skill to raise your stats. A good gaming rig may cost you, but for those serious about their gaming experience — and with a budget to match — it’s frequently worth it to drop some serious cash to build the ideal gaming setup.

There’s more to a decent gaming laptop than raw speed. You can pack it with the best graphics card, the fastest, most colorful display around, a gazillion-core processor, tons of fast solid-state drive storage to hold your games and a rock-solid hard drive for secondary storage, but it can still fall short. Those powerful components may overheat at the worst moments your battery may die or you might experience an instability that impacts your gaming performance. Or maybe you don’t want to always use an external mechanical keyboard with per-key RGB backlighting, but the system’s WASD keys feel like mashed potatoes under your fingers.

The good news is that not all games are bottlenecked by dual cores or a last-generation GTX, so it’s not a given that you’ll need to bust your budget to pay for a new laptop. Budget gaming can be difficult if you’re not shopping carefully, though, and we all know that there’s really no such thing as a “cheap gaming laptop.”

A compromise you’ve traditionally had to make has been battery life, which has typically lasted as little as 2 hours of nonstop gaming. You also couldn’t play most complex games — GPU- or CPU-intensive ones — on battery power. Processors would get throttled back and screens dim during hardcore gaming sessions, so a laptop that felt nimble when connected became a slog on battery power, turning your epic battles into a battles of frustration.

That’s been changing recently, as Intel, AMD and Nvidia have concentrated on improving their power management technologies. No, you still can’t play for 10 hours on battery, but now you can find some great gaming laptops with 10-hour battery lives.

The fastest graphics card currently available in a laptop is the Nvidia GeForce RTX 3080 with the usual Max-Q variants. The Max-Q versions run at slower frequencies than their full-size siblings — this is to keep the noise and heat down and to help them fit into thinner designs. RTX models also accelerate ray-traced rendering and provide intelligent upscaling (also known as DLSS) where it’s explicitly supported. If your favorite games don’t use it, the lower-end Nvidia GTX 1660 Ti incorporates Turing, the last generation of Nvidia’s technology, without the extra cost or power burden of the RT cores.

The problem with the Max-Q, though, is that you have to reboot to switch between a dedicated GPU mode and the original Optimus mode, which only uses the GPU for accelerating, not actually drawing the screen. That means you can’t take advantage of the Max-Q’s ultrafast refresh rates with Optimus. So why not leave it on the GPU mode all the time? Because you’ll frequently get poorer CPU performance and even lesser graphics performance in games that balance CPU and GPU usage rather than going all-out on the GPU.

Nvidia launched the new generation of its Max-Q architecture, which supports Advanced Optimus, last year. It’s smarter, with the integrated and discrete graphics sharing (rather than switching) the pipeline to the display, so no reboot necessary. But Advanced Optimus needs a major change to system design, so laptops supporting Advanced Optimus still aren’t plentiful.

On the distant horizon, Intel’s getting closer to finally launching its first generation of Arc discrete high-performance GPUs — though not until early 2022 — codenamed “Alchemist.”

AMD’s Ryzen 5000 H-series processors, including its recent Core i9 competitors — the eight-core/16-thread Ryzen 9 5900HS and 5900HX — raise AMD’s CPU performance to a new level. I tested the low-power HS in the Asus ROG Flow X13 and it flies on both multi- and single-core. And the higher power HX in Asus’ ROG Strix 15-inch models holds its own compared to Intel’s 10th-gen i9-10900HK (I haven’t yet tested any of the 11th-gen Tiger Lake-H processors, however).

More cores may help when choosing a CPU, though at the moment many games still don’t use more than four, especially older ones. That’s partly Intel’s rationalization for its continued reliance on its old 14-nanometer architecture for the 10th-gen high-performance (H series) processors. It lets the company boost single-core clock frequencies, compared with gains it would make by moving to a smaller process technology such as Ice Lake, which is designed to support more cores on less power draw.

And then there are the screens. Everyone bumped their flagship 1080p configurations to 360Hz, but for many a gamer, they’re not essential: 240Hz max should be fine for those few times you can get frame rates above 240fps. Even 144Hz will do for many people, but artifacts like tearing, caused by the screen refresh rate becoming out of sync with the frame rate, depend on your games as much as your laptop brand and hardware.

We’re also seeing a lot more 120Hz 4K screens in the flagship models in both 17- and 15-inch sizes and a ton of 165Hz and 240Hz QHD (1440p) options. The latter are my favorites, balancing higher resolution — certainly enough on a laptop screen — with gaming friendly refresh rates.

Still with me? Great. If you’re a gaming beast who wants to do a deep dive into what’s out there right now and figure out which is the best gaming laptop for your desired gaming experience, check out the recommendations below. This list is periodically updated.

There’s no such thing as a budget gaming laptop. But solid gaming graphics power and strong battery life are the foundation of a good gaming laptop, and the price makes this budget gaming Dell G5 15 a great bargain. It comes in two flavors, a standard Intel-based model and the AMD Ryzen-based special edition.

Asus’ $1,650 all-AMD gaming laptop delivers excellent performance and battery life, with a top-of-the-line Ryzen 9 5900HX CPU and Radeon RX 6800M GPU — and that’s before you realize that the performance and components are way above its price class. It runs cool and quiet, even running close to full tilt. At current higher-than-$1,650 prices in some places it’s less of a no-brainer, though.

A smaller version than the 15-inch staple, the 14-inch Razer Blade delivers a lot of gaming power for its size without feeling small — an important consideration for a gaming laptop — but has decent battery life, a nice size for travel and a subtle design (for a gaming laptop) that’s buttoned up enough for sitting in a meeting with the top brass or clients.

We haven’t yet tested the refreshed 2021 version of the Blade 17 (formerly the Blade Pro 17), but there’s nothing that should have changed our high opinion of it: it’s gotten faster components and better screen options; one lone older model remains on sale for $2,900. But if you’re going for the best, go big. Yes, there are faster 17-inchers, but I draw the line at dual humongous power bricks. (Doesn’t matter to you? Check out the Gigabyte Aorus 17X, Alienware Area-51m R2 and other mammoth systems.) The Blade is fast and provides powerful gaming performance with up to an Intel Core i9-11900H processor and Nvidia GeForce RTX 3080 GPU, but doesn’t sacrifice its svelte figure.

While I recommend getting this Blade 17 laptop with its 4K-resolution display option for creators, I’m a big fan of the newly ubiquitous 165Hz 1440p laptop screens, and that resolution is a great match for the screen size without the 4K overkill.

Asus pairs an ultraportable 13-inch two-in-one that has a relatively powerful AMD CPU with an external GPU dock equipped with a top-of-the-line Nvidia GeForce RTX 3080 mobile processor, and the result is an incredibly flexible system for both work and play that outperforms many bigger, clunkier gaming laptops. Because it’s a two-in-one, you can comfortably use an external gaming keyboard without the built-in keyboard getting in the way. The standalone model has gotten an upgrade to an Nvidia RTX 3050 Ti since I reviewed it, but the bundle with the XG Mobile still has a GTX 1650.

You can add some custom graphics to make the generic chassis a little more stylish, but it’s the wealth of component choices that makes this 17-inch gaming laptop an appealing buy for a gaming beast — though not a cheap one, starting at $2,200. It may be somewhat thin, but you can cram it with up to an Nvidia RTX 3080 GPU, 4K 100% Adobe RGB display and Core i7-10870H.

24 incredible video games you can finish in one night 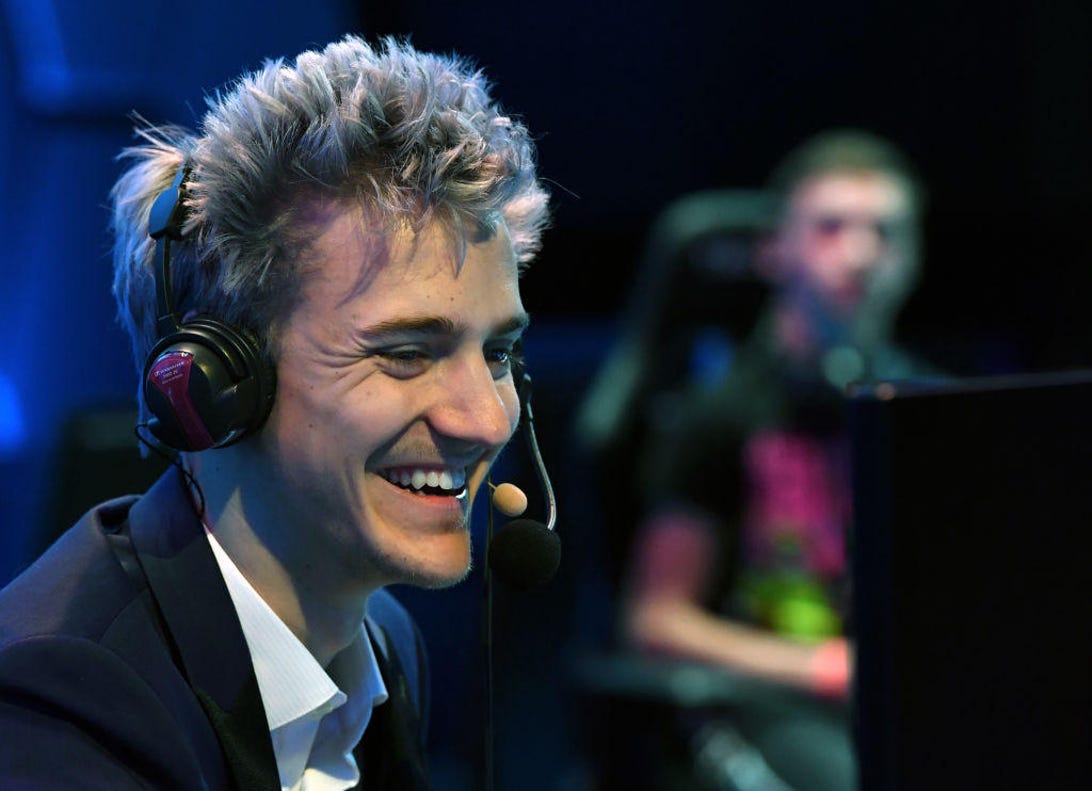 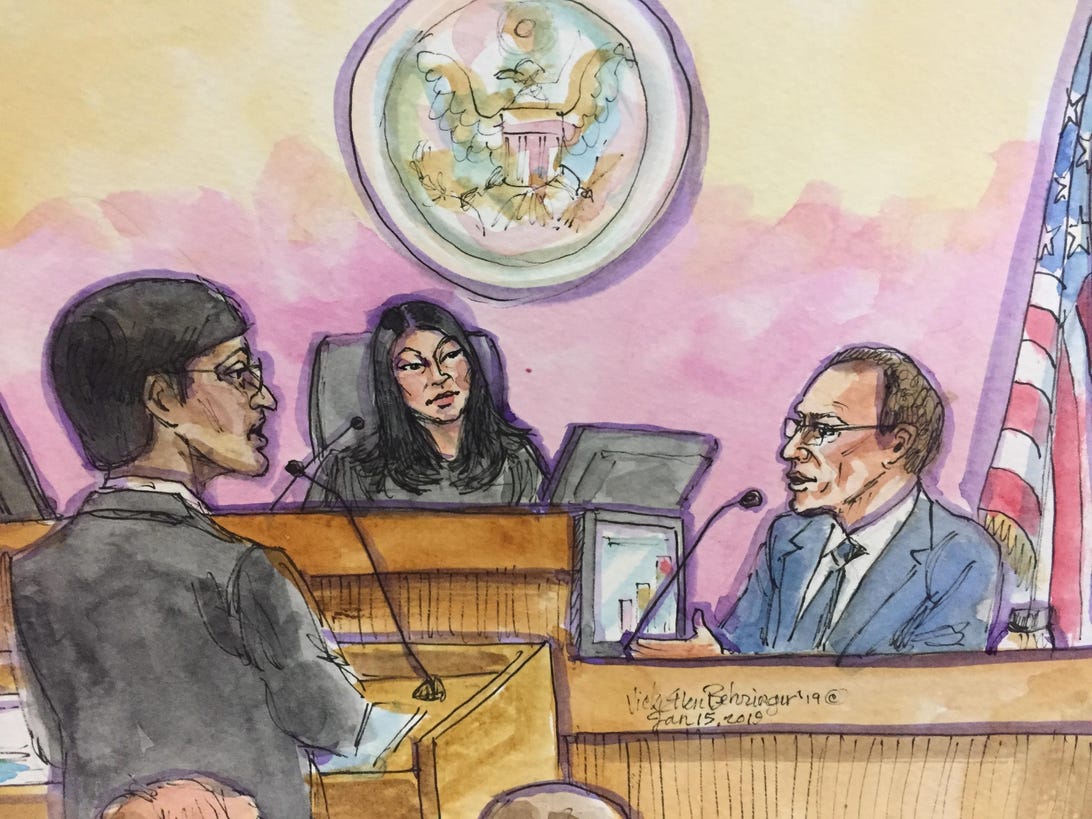