In all my decades of offering buying advice, Windows desktop PC recommendations have always been among the most difficult — either because they’re mostly interchangeable or because there are infinite permutations aimed at small slices of buyers. Gamers rank among the hardest segments to recommend devices for, at least if you’re in the 99% for whom price matters (in that case, PC deals are also something you need to watch out for). There are just too many choices for a PC gamer, especially if you’re looking to forgo a prebuilt PC and embark on a gaming PC build of your own.

Further, your buying decisions have likely been influenced over the past several months by the pandemic, whether because you’re anticipating working from home for the long haul or because your budget has shrunk substantially. If you’re unsure, you may want to hold off for a little while before jumping in. In the meantime, you could fill the gap with a cloud-gaming service (like Stadia or GeForce Now) or a desktop-as-a-service like Shadow — provided your network connection is up to it.

I’ll admit, I’m waving my hands a bit here: Some of these aren’t recommendations for a specific gaming computer, more for ballpark configurations and honorable mentions of the manufacturers or system builders with a specific case design that you should consider in various scenarios if you’re a PC gamer. (And when it’s time to sweat the details, User Benchmark is a great site for getting a sense of key features and performance deltas between different components.)

As far as PC gaming goes, all power players ponder how to build a gaming PC at some point or another. As they go through the gaming PC build, they also wonder whether the resulting gaming experience is worth it. Doing your own PC build is a great option if choices and DIY don’t scare you — it’s sometimes the only way to get the best gaming PC configuration for your needs — or if you think PC building will be fun. But it generally doesn’t work out to be a way to save money over an identical prebuilt gaming PC, or if you don’t know what a motherboard is and how it works.

It may be cheaper to do your own PC build than getting a premium custom PC model from a company like Origin PC, Falcon Northwest, Digital Storm, Maingear and the like, but the flip side is that it’s nice to have someone else do the overclocking iterations, stability testing and burn-in runs. There are few things more frustrating than gearing up and sitting down to play the latest AAA only to have it crap out during the opening cutscene with only yourself to blame.

The other high-level decision you may confront is whether to go with a gaming desktop or laptop, especially since 17-inch gaming laptops with desktop-class CPUs and GPUs like the Alienware Area-51m, Acer Predator Helios 700 and Gigabyte Aorus 17X deliver desktop-level performance with convenience similar to an all-in-one. An all-in-one with a really fast, gaming-optimized display. Though big laptops like these usually support upgrades, it’s usually not as cheap or easy to do it as it is with even the least expensive gaming desktop.

Choosing the best gaming desktop for your gaming experience is all about trade-offs. Every game uses system resources — processor (aka CPU), graphics processor (GPU), memory (RAM), storage — differently, and often horribly inefficiently. You can’t even count on resource usage to be consistent across a specific game genre, such as first-person shooter, platformer or simulation, because optimization levels can vary wildly. Gaming (and content-creation) PCs are the angry toddlers of consumer electronics: They’re loud, willful and require constant supervision. And just when you think they’re under control, they veer off into crazy-town.

As you configure your gaming rig, here are some considerations to keep in mind:

HP’s Pavilion Gaming Desktop is a compact, budget gaming friendly, spare-me-the-flashiness model, targeting the same “casual” gamer as Dell’s Inspiron Gaming or Acer’s Nitro lines, but a lot more understated. This $700 base model budget gaming PC should provide at least the minimum you need to play relatively undemanding games in 1080p without poking your eyes out with a stick: Intel Core i5-10400, GeForce GTX 1650, 8GB RAM and 256GB SSD storage. Those are the typical specs you’ll get for this cheap gaming PC price, but if you can afford it, bump up to 16GB RAM and a bigger SSD.

Corsair One Pro i200

The Pro model of the Corsair One I reviewed is oriented toward content creation, but it differs only from the PC gaming models by its processor — Intel’s X series rather than K series — which also makes the gaming systems cheaper. The Corsair One i164 is the gaming analog of the i200, with an i9-10900K instead of the i9-10940X and costs $900 less ($3,300). The entry model i145 is pretty well-equipped for $1,900, with an i7-9700F and GeForce RTX 2080 Super. The Corsair One models may not eke every bit of performance out of the components, but that’s the tradeoff for going with a petite powerhouse. The design is especially great for VR, thanks to HDMI and USB ports in the front.

Read our Corsair One Pro i200 review.

See Corsair One i145

Maingear’s Apex liquid-cooling system has a stunning, look-at-me-I-game style, plus it keeps high-end components like an AMD Ryzen 5950X and Nvidia GeForce RTX 3080 chilled, quiet and running at top speed for your 4K gaming and heavy-duty simulation gameplay. And though it’s not the smallest of the small-form-factor desktops, it’s still more compact than a midtower — just a little larger than two Xbox Series X consoles. The entry price will only get you a fairly staid-looking 1080p system, though; you’ll have to spend more to get both the flash and the speed.

Falcon Northwest’s 2020 version of its midtower (38 liter) Talon case, formerly called the “20th Anniversary Edition,” is much improved over the older case and because FNW’s a custom builder you get a gazillion configuration options and pretty paint jobs. The configuration I tested was fast and stable. It’s not cheap, but it should last you a long time.

The Trident X packs top-flight components into a skinny chassis (only about 5 inches wide) and is surprisingly quiet for all its power. Plus, it looks a little more like a gaming system than the low-key Corsair models.  The RTX 20-series models have been discontinued and the RTX 30-series are in preorder, but prices start at about $2,400 with a 10th-gen Core i7, 32GB RAM, an RTX 3070 and a 1TB SSD.

I’m not sure an all-in-one is the best route to go for gaming, partly because the built-in displays are all fixed at 60Hz refresh and they use mobile parts. But for PC gaming where a big (32 inches) 4K HDR screen may make a big impact, like simulations, HP’s RTX 20-series-equipped all-in-one can’t be beat. The model we tested was the RTX 2060 configuration; prices start at about $1,700 with a GTX 1650. Oculus Quest and Rift S available for preorder, both at $399, shipping May 21 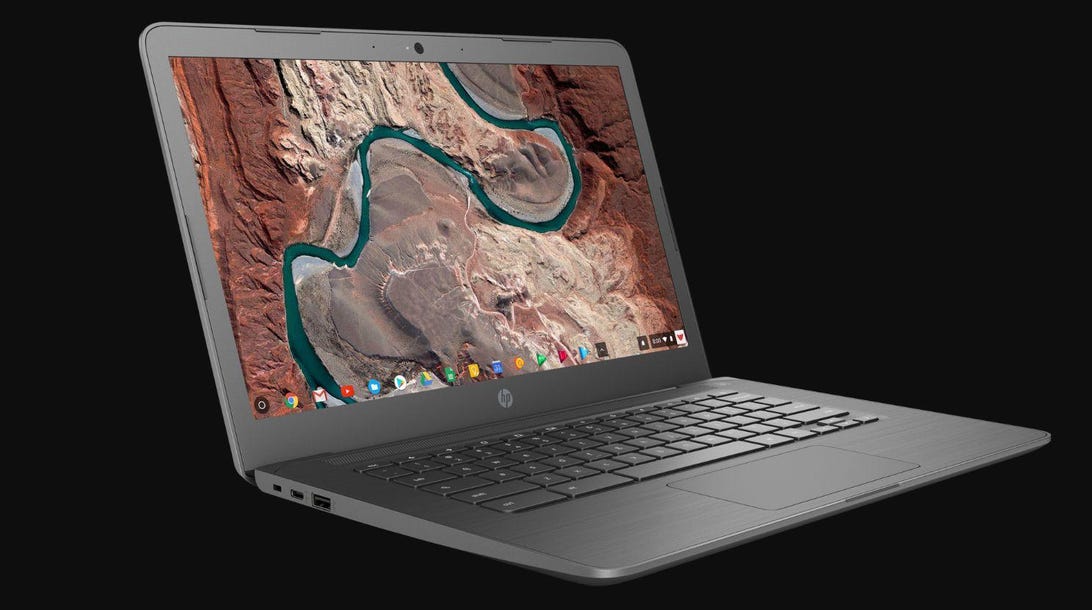 Get a nicely outfitted HP Chromebook 14 for $200