Even if you can find a stand-alone Nvidia GeForce RTX 30-series graphics card in stock, you’ll likely encounter a price that’ll make you gasp. A better route might be a prebuilt PC. You can find some reasonably priced, off-the-shelf gaming desktops right now with Nvidia’s latest GPUs. There are even a few discounts to be found — a rare occurrence for anything related to Nvidia’s RTX GPUs.

We may see some better deals at Amazon during its annual Prime Day sale next week, but right now Best Buy and Newegg have the best prices for PC gamers. After taking a look at the gaming desktops on each site, here are the best deals I’ve found — from a desktop discounted to $850 with RTX 3050 graphics to a fully loaded beast with an RTX 3090 GPU.

Read more: Best Graphics Card for Gamers and Creatives in 2022

It’s rare to find a gaming desktop with RTX 30-series graphics of any ilk for less than $1,000. This Skytech PC features the entry-level GPU in Nvidia’s RTX 30-series lineup, the GeForce RTX 3050, and is only $850. The rest of the specs are fairly midrange, with a 10th-gen Core i5 processor and only 8GB of RAM. With a 600-watt power supply, however, you’ve got some room to grow with this budget gaming PC.

With its current $400 discount, this Skytech system is one of the lowest-cost gaming PCs with a GPU from Nvidia’s GeForce RTX 30 series. It supplies the GeForce RTX 3060 GPU next to a 10th-gen Intel Core i5 CPU, along with 16GB of RAM, a 500GB solid-state drive and a 600-watt power supply.

This funky, futuristic-looking Alienware unit is one of the few systems that has the GeForce RTX 3070 GPU and costs less than $2,000. It features an Intel Core i7 CPU, 16GB of RAM, a 1TB SSD and a 1,000-watt power supply.

A popular pairing for gamers right now is an AMD Ryzen 7 CPU and GeForce RTX 30-series graphics. This HP Omen system features the octa-core Ryzen 7 5800X CPU and RTX 3070 graphics and has capacity for future upgrades with an 800-watt PSU.

This ABS system is one of the more affordable RTX 3080-based gaming PCs you’ll find. It features an 11th-gen Core i7 CPU, 16GB of RAM and a pair of storage drives — a 512GB SSD and a massive 2TB hard drive. It also supplies a hefty 750-watt PSU.

This ABS model pairs an 11th-gen, octa-core Core i9 CPU with GeForce RTX 3080 Ti graphics. You also get 16GB of RAM, a 1TB SSD and a 850-watt power supply. Those components usually would cost upwards of $4,000, but you can get them in this ABS package for the more reasonable sum of $3,400. That price reflects a hefty $500 discount. 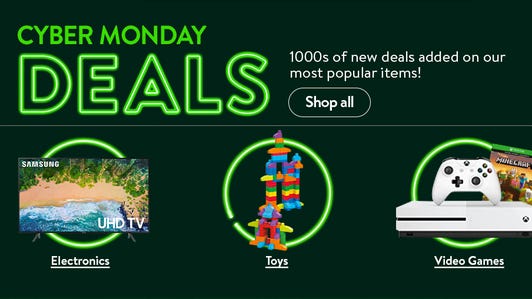 Apple MagSafe charger is on sale for $26, the lowest price we’ve ever seen (Update: Sold out)